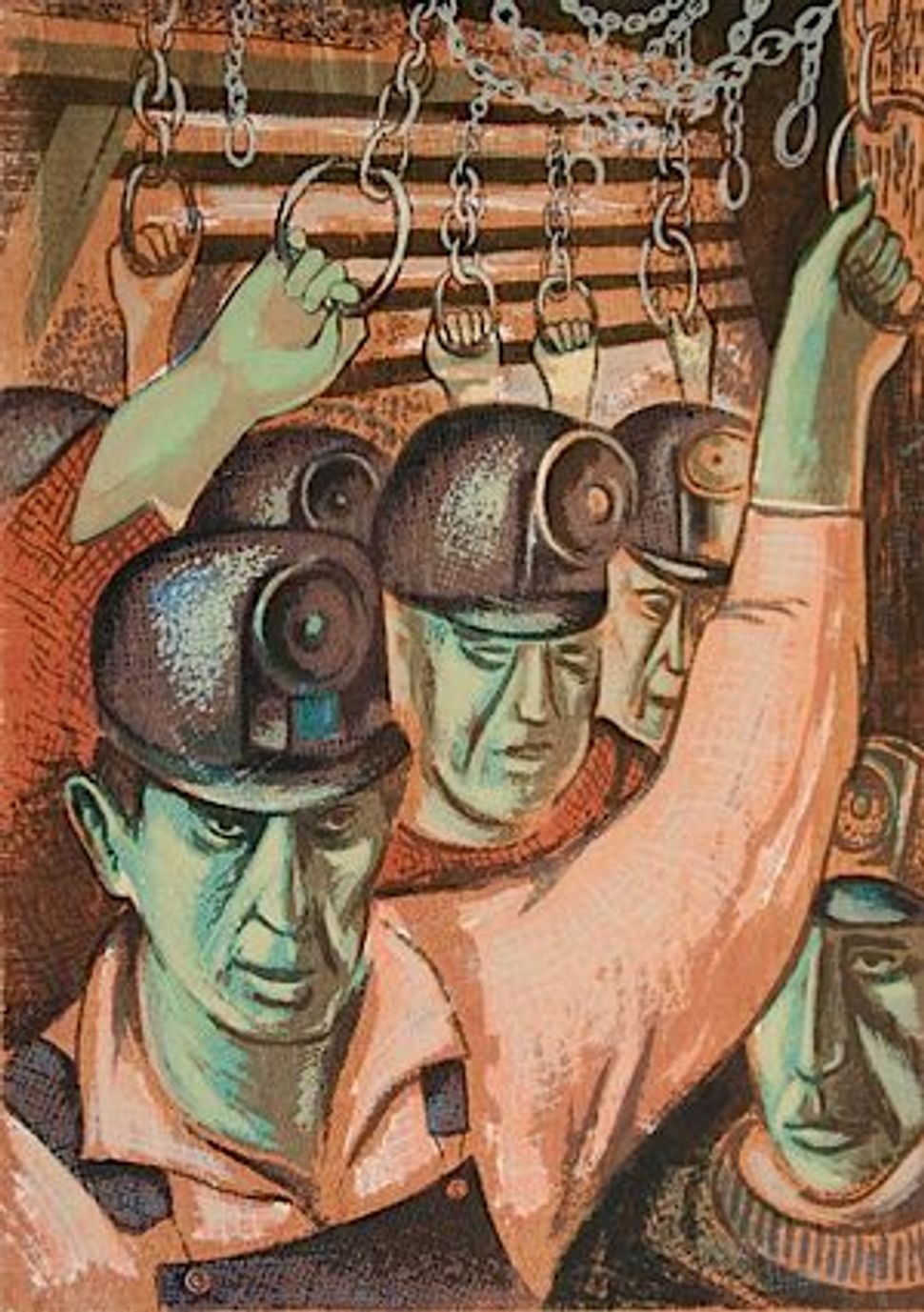 The Federal Art Project of the Works Progress Administration is well known for having supported artists such as Jackson Pollock, Philip Guston and Mark Rothko, and for having helped produced some of the most significant American artworks of the 20th century.

One of the less-known WPA artists was Leon Bibel (1913-1995), a painter, printmaker and sculptor who worked in California with the likes of Bernhard Zackheim, and in New York with many WPA-supported colleagues. Now Bibel is being celebrated in his own right with an exhibit at the Borowsky Gallery of the Gershman Y in Philadelphia, “Leon Bibel: Art & Activism in The WPA,” on view until November 20.

Born in Szczebrzeszyn, Poland, Bibel came to the U.S. with his family and trained at the California School of Fine Arts. During his time in California he assisted Zackheim with the frescos at the San Francisco Jewish Community Center and the University of California at San Francisco’s Toland Hall. In 1936 he moved to New York where he worked as an art teacher before moving to South Brunswick, New Jersey, where he took up chicken farming and became a friend of sculptor George Segal.

Like Zackheim, as well as many of his fellow-WPA artists, Bibel’s depression-era work focused on themes of social justice such as labor rights, poverty, unemployment and the destructiveness of war. The paintings and drawings on view in Philadelphia depict dramatic street and work scenes, including colorful, almost comical renderings of mine workers and garment district peddlers, as well as black-and-white drawings that impart a more somber view of subjects such as a ghostly looking street band.

In later years, after Bibel had given up chicken farming, he began working in wood and produced several pieces with explicitly Jewish themes, including a synagogue ark.

View a slideshow of works by Leon Bibel: