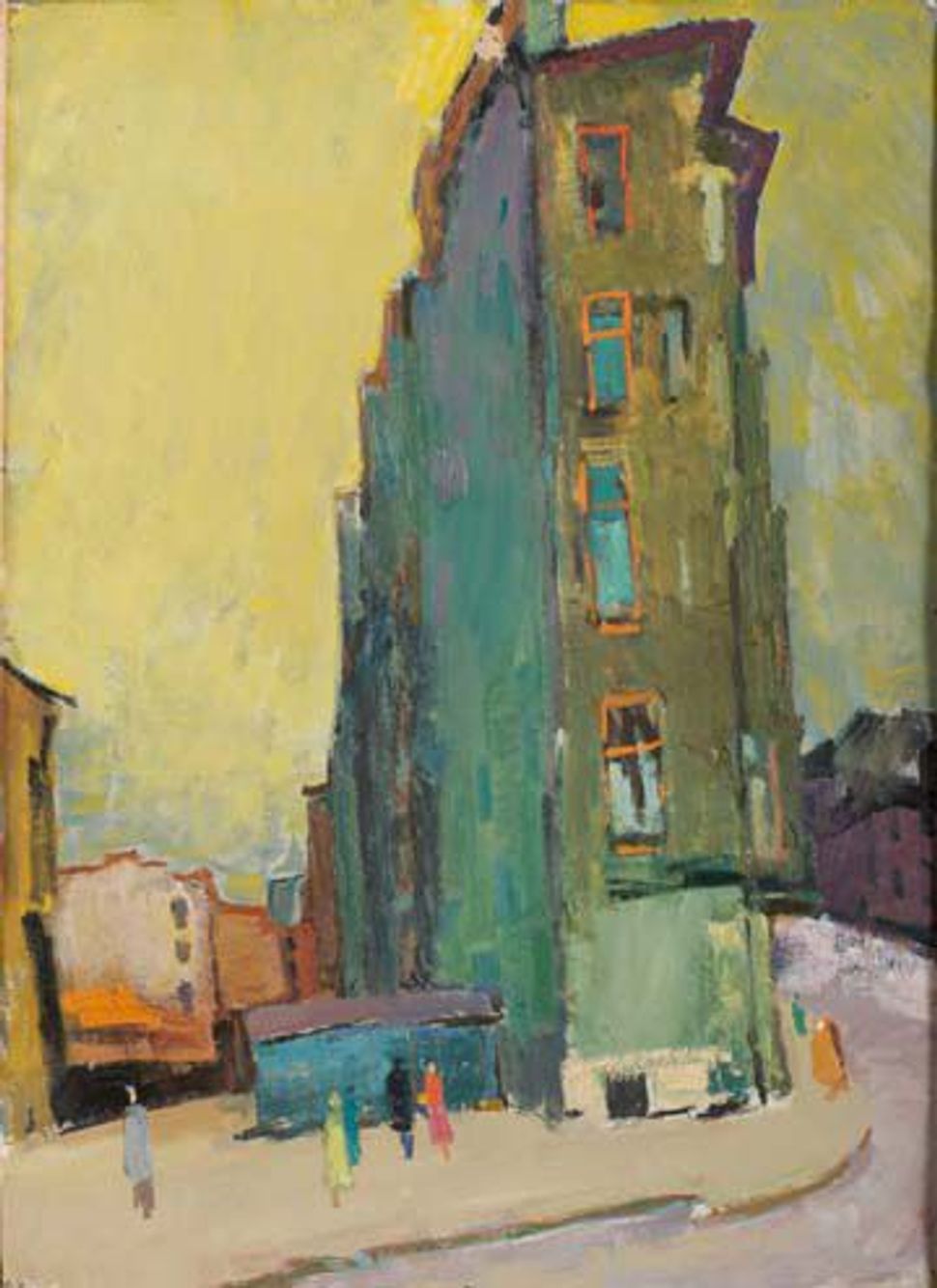 The Ukrainian Jewish painter Felix Lembersky (1913-70), whose works are currently on view through December 23 at the Rubin-Frankel Gallery at Boston University, offers ideas and issues to contemporary viewers aside from the simple beauty of his work.

As I will explain in a lecture this evening, Lembersky came of age and spent his career in the Soviet World of Stalin, Khrushchev and Brezhnev, in which, with the exception of a few moments of “thaw,” visual art was frozen by the Stalinist dictum of Soviet socialist realism. Photo-perfect representation of smiling, healthy young people engaged in the noble work of building the Soviet state or enjoying the produce of its sweeping countryside was the only acceptable form of aesthetic expression. Soviet artists typically had to choose: They could create art acceptable to the regime or be ignored — if not persecuted — for inappropriately avant-garde or socio-politically critical work.

Or they could do both, the one for public consumption and the other with only trusted family and friends as its audience. Lembersky managed to do both, often addressing the subject matter of Soviet realism with a heretical style of vigorous brushstrokes, resonating with impressionist and expressionist aesthetics. He even managed to infuse his “acceptable” art with a symbolic language sufficiently arcane that only the informed would recognize its implied commentaries.

Lembersky’s world was not overly friendly to Jews — Stalin’s regime culminated with the notorious “Doctor’s Plot” at the beginning of the early 1950s — so Jewish artists had to choose how to include, if at all, reflections of their Jewishness in their work. Lembersky managed to do that with subtle referential symbols. In a painting of a work site, a man with a yarmulke stands in a flood of yellow pigment, architectural elements yield a deconstructed Star of David, and a pharaonic head lolls on its side, blank-eyed and bodiless. Lembersky was also the first artist or writer to focus overtly on the tragedy at Babi Yar, the ravine outside Kiev where so many Jews were massacred on behalf of the Nazis by their Ukrainian henchmen, with the mass grave left unmarked for decades.

But ultimately Lembersky’s message transcends sectarian concerns, be they Soviet, Ukrainian or Jewish, in favor of encompassing humanity in its most poignant and heroic being. He managed to idealize — without idealizing in the Soviet realist mode — an endless array of everyday people. These were individuals upon whom the regime may have pinned ribbons and medals for producing large volumes of this or that, in fulfillment of that or this five-year plan, but whose individuality was ignored or crushed by the medal-givers.

Lembersky, however, revealed in drawings and paintings the noble human qualities that were otherwise ignored. He used humble motifs such as shovels to link diverse paintings and, in turn, the diverse population that he explored and exposed. He offered humans as natural elements that will ultimately prevail over any and every regime, however dismissive of common people and places such regimes may be.