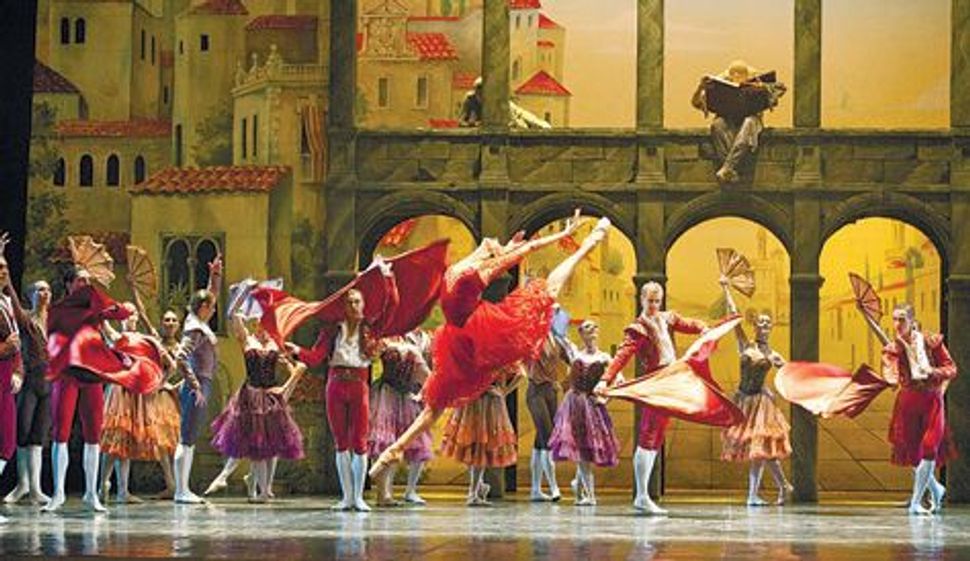 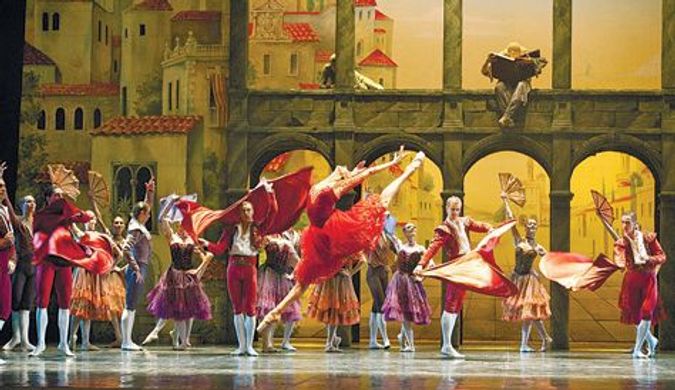 The Eifman Ballet is practically a regular guest in Israel; this time it brought two splendid works, “Onegin,” which played the Opera a year ago, and “Don Quixote,” performed here for the first time. Don Quixote to the music of Ludwig Minkus deals with the escape from reality toward a dream: a dream in which it is possible to realize all that cannot be had in real life. It is both a very human and relevant topic. The dance bears the stamp of Eifman’s neoclassical style, characterized by a completely professional and lavish production with virtuoso dancers. This time the narrative is steeped in humor, bypassing an excess of drama, and bursting with creativity. It is one of Eifman’s best works.

The story takes place in a psychiatric institution under the strict supervision of a doctor (Angela Farouk Verova); it looks more like a playground where the patients amuse themselves with buckets, which also serve as seats or may be worn on the head or as masks to hide behind. They also play with a ball and balloons. The patients have the bodies of adults but the souls of dreamy children at play, as long as this play is carried out in secret and hidden from the doctor. She wears a tie and her appearance causes the patents to tremble with fear until they seem like marionettes on the edge of collapse, or birds hysterically flapping their wings. Don Quixote, tall and of noble bearing, with white hair and a neat beard (Oleg Markov), has the look of a poet. He is unwilling to be distracted with games and incessantly practices guided imagery while reading Cervantes’ book.