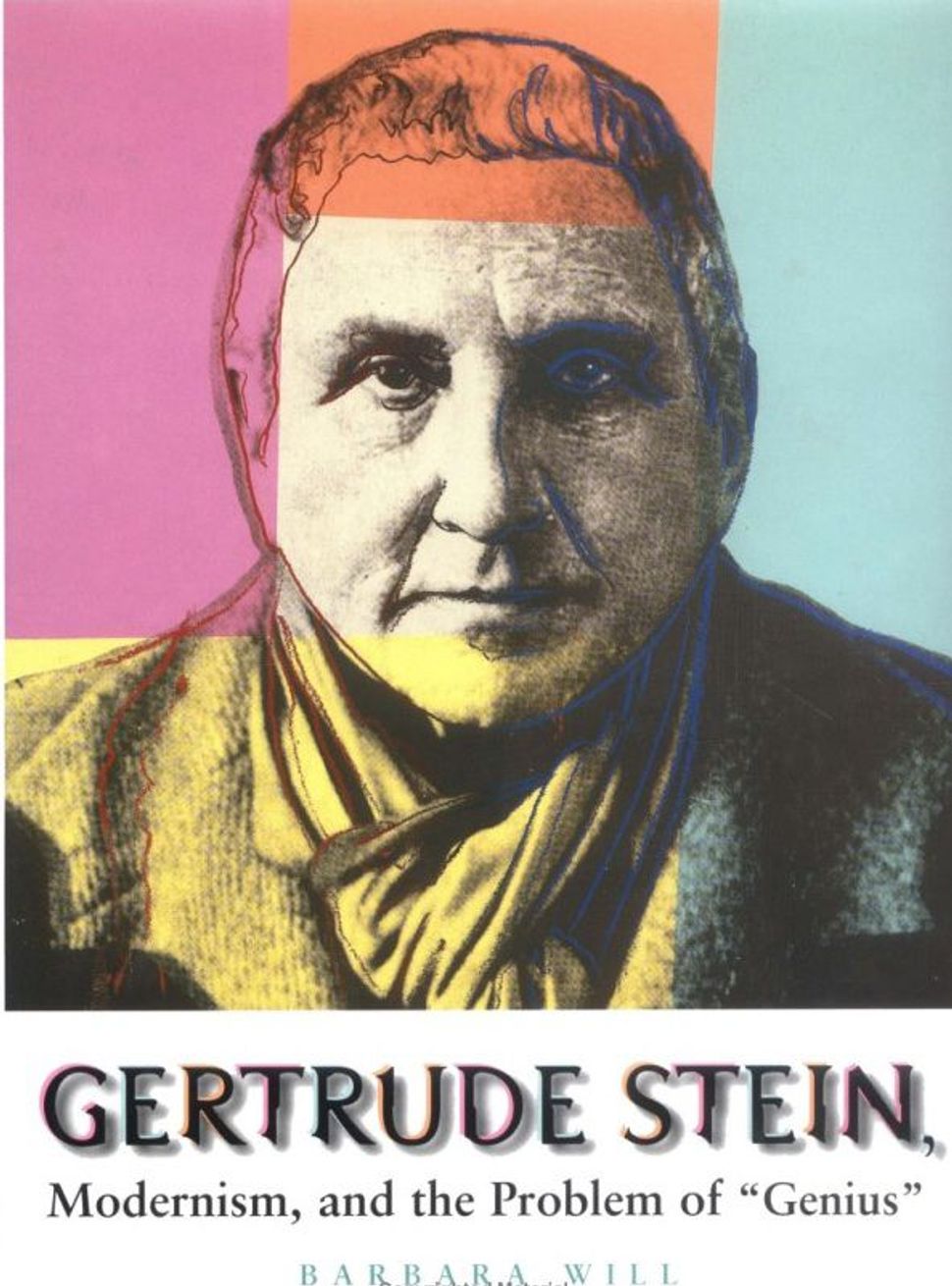 The author who wrote “a rose is a rose is a rose” is being honored and vilified in equal parts. She is being honored by “Seeing Gertrude Stein: Five Stories” out from The University of California Press on June 22 to commemorate an exhibit at San Francisco’s Contemporary Jewish Museum, which moves and opens on October 14 at Washington, D.C.’s National Portrait Gallery, where it can be seen until January 22, 2012.

In June, Yale University Press released “The Steins Collect: Matisse, Picasso, and the Parisian Avant-Garde” inspired by an exhibit at The San Francisco Museum of Modern Art which closed on September 6, to re-open at Paris’s Grand Palais on October 3, with a further 2012 stop at The Metropolitan Museum. But other publications offer cogent reasons to curb any Steinian enthusiasm.

“Unlikely Collaboration: Gertrude Stein, Bernard Faÿ, and the Vichy Dilemma” was published by Columbia University Press on September 1. Written by Barbara Will, a Duke University English professor, “Unlikely Collaboration” investigates how Stein and her companion Alice Toklas survived in Occupied France, protected by fascist Nazi-collaborating friends. Pablo Picasso later recalled to a mutual friend: “Gertrude was a real fascist. She always had a weakness for Franco. Imagine! For Pétain, too.”

Publisher James Laughlin recalled a 1930s visit during which Stein and her French friend Faÿ, later a Nazi collaborator, “got on the subject of Hitler, speaking of him as a great man, one perhaps to be compared with Napoleon. I was stunned. Hitler’s persecution of the Jews was well publicized in France by that time, and Miss Stein was a Jew.” For 18 months starting in 1941, Stein admiringly translated Marshal Pétain’s speeches into English.

In 1945’s “Wars I Have Seen,”, Stein still praised Pétain, despite his status as a convicted war criminal. In a 1934 New York Times Magazine interview, Stein declared: “Hitler should have received the Nobel Peace Prize… because he is removing all elements of contest and of struggle from Germany.”

Wanda Corn, curator of the exhibition that is about to move to D.C., notes that “Stein had many different kinds of politics — gender politics, political politics, literary politics, and some of those politics show up vividly in the material culture that makes up this exhibition.” But, she explains, the suggestions of Stein’s collaboration and worse were not part of her material production: “All the politics that are now coming to light and have everybody all revved up are much harder to find in objects.”

More intimate contests and struggles are described in “Paris Portraits: Stories of Picasso, Matisse, Gertrude Stein, and Their Circle” out on May 1 from Heyday Books. By Harriet Lane Levy, a passionate friend of Alice Toklas, whose affections were stolen from Levy by Stein in 1908, “Paris Portraits” settles scores posthumously. Levy, author of 1947’s “920 O’Farrell Street: A Jewish Girlhood in Old San Francisco,” also reprinted by Heyday, depicts Stein as a vainglorious person who told visitors: “I am great.” Barbara Will’s cogent research suggests that, humanly and politically, Stein was wrong.

Watch a May PBS-TV report on the San Francisco Museum of Modern Art’s Stein exhibit.