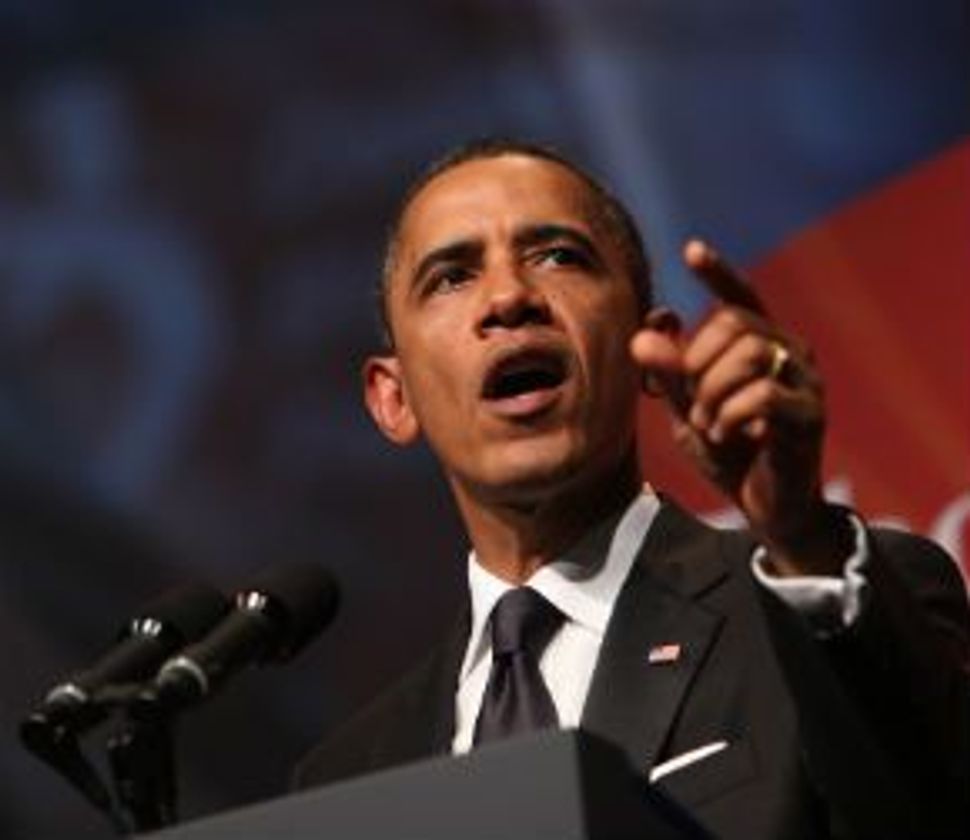 What was that, Mr. President? You meant to say “janitor,” but out came “Jew.” Those words starting with the letter “J” can really trip you up.

In a speech President Obama gave this past Saturday evening at the Congressional Black Caucus annual awards dinner in Washington, it seemed as though he was saying that there is a special tax rate for Jews. In making the point that the very wealthy should pay more taxes, he said, “If asking a billionaire to pay the same tax rate as a Jew — as a janitor — makes me a warrior for the working class, I wear that as a badge of honor.”

It could have been a simple stumbling over words, but there is always the chance that it was a full-blown Freudian slip. The President may have had Jews and money on the brain, as he was scheduled to attend a critical fundraising dinner the next evening at the home of Jewish Facebook COO Sheryl Sandberg in Atherton, Calif. Seventy guests reportedly paid up to $35,800 per couple to take part in the dinner, which took place under a tent in Sandberg’s backyard.

Among the guests was Lady Gaga, wearing a long, lacy black dress and bouffant hairdo. Gaga is not Jewish, but it is a fair to assume that among the other guests were several Jewish Silicon Valley tycoons — those really rich people who would have to pay the higher tax rate the President was talking about.