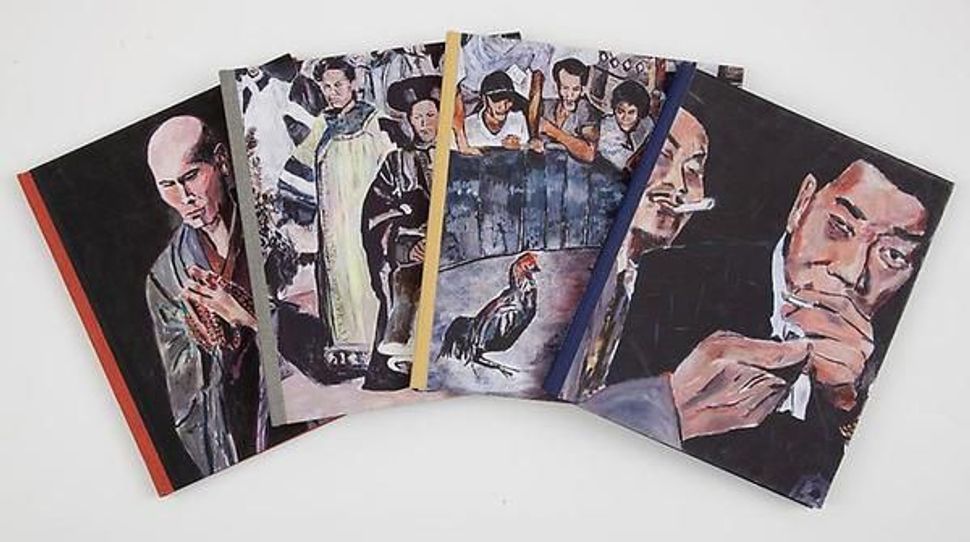 The Bob Dylan fan world has been abuzz recently about the musician’s exhibit of paintings at the Gagosian Gallery in New York, and whether those paintings are copied from historic photographs. 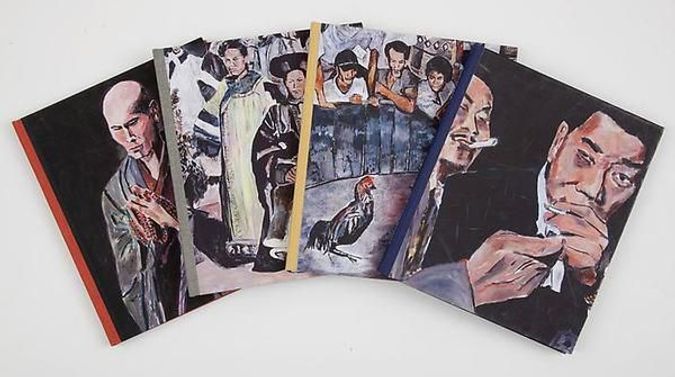 In a discussion on the Dylan fan site Expecting Rain, similarities have been noted between paintings in the show and pictures by photographers such as Henri Cartier-Bresson, Léon Busy and Dmitri Kessel. One commenter called Okinawa Soba hase even suggested that Dylan used his Flickr gallery to find these images, since at least five or six of the photographs used for the 18 paintings in the show are featured there.

While Dylan has likely not broken any copyright laws, fans and critics question whether the imitations diminish the importance of the artworks, or if they are another iteration of Dylan’s career-long shell game of influences and personas. One critique comes from Soba, who writes that “while Dylan had broken no laws, he seems to have violated a common ‘social ethic’ that for most of us in the graphics world involves giving credit for sources of inspiration, or direct credit for material upon which a ‘derivative work’ is based.”

Another criticism, leveled by Dylan Blogger Michael Gray, is that “Dylan has not merely used a photograph to inspire a painting: he has taken the photographer’s shot composition and copied it exactly…. That may be a (very self-enriching) game he’s playing with his followers, but it’s not a very imaginative approach to painting. It may not be plagiarism but it’s surely copying rather a lot.”

According to the Gagosian’s original announcement of the exhibit, the paintings are based on “firsthand depictions of people, street scenes, architecture and landscape” from Dylan’s travels in Asia. In a September 26 statement to The New York Times, a Gagosian representative said that “While the composition of some of Bob Dylan’s paintings are based on a variety of sources, including archival, historic images, the paintings’ vibrancy and freshness come from the colors and textures found in everyday scenes he observed during his travels.”

Correction: This post originally stated that the photographs in question are all in the public domain. While Bob Dylan’s use of them is likely legal under the fair use doctrine, many of them are still under copyright.