How To Make It in the Shmatte Business 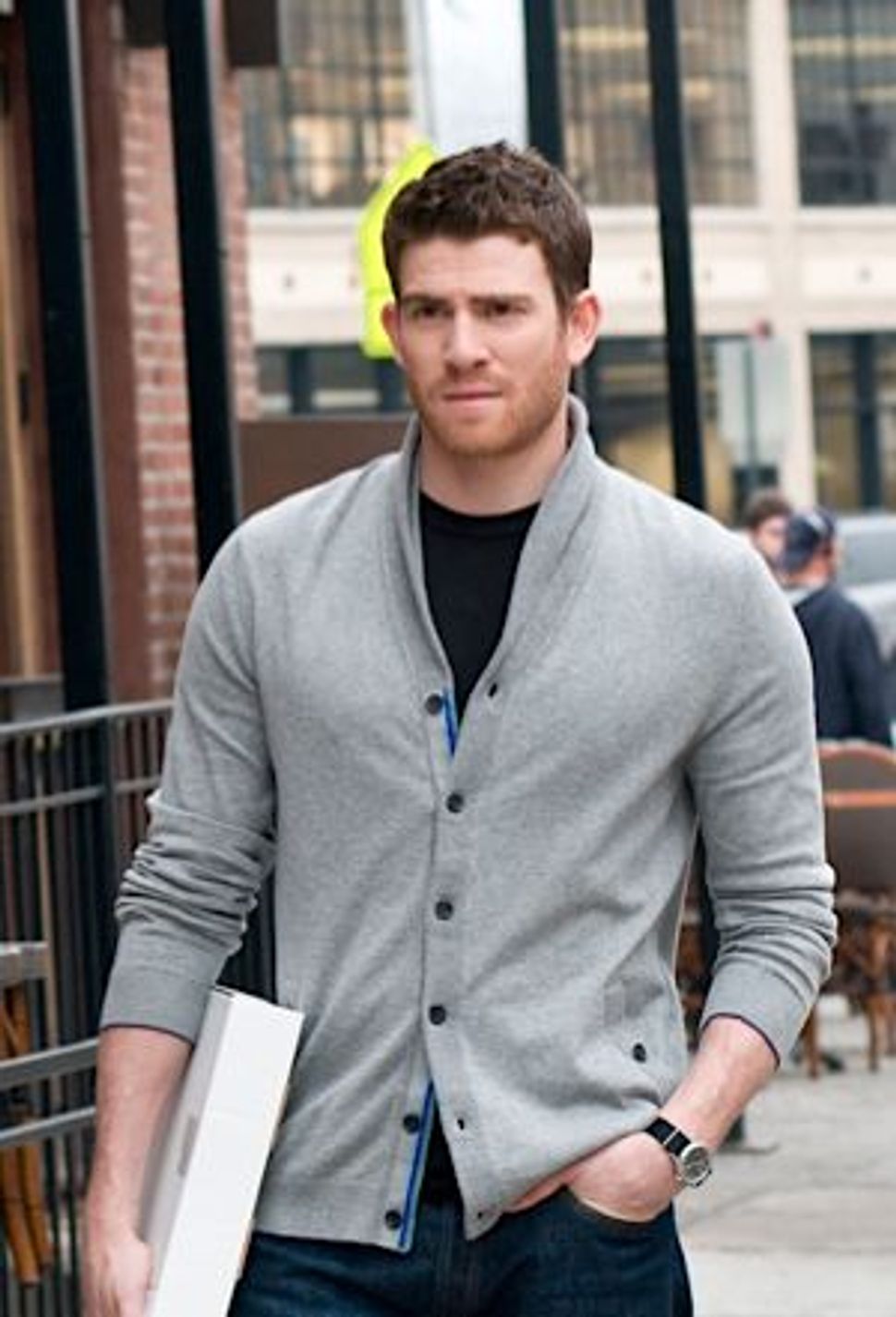 Today, there are any number of ways one can make it in America, yet generations of Jews still gravitate toward the shmatte business.

HBO’s “How To Make It In America,” which starts its second season October 2, is the story of a Fashion Institute of Technology dropout named Ben Epstein (played by Bryan Greenberg), struggling to break into New York City’s ultra-competitive fashion scene. He and his Dominican sidekick, Cam Calderon (Victor Rasuk), hustle their way through gangsters, designers and Manhattan nightlife in hopes of making a name for their budding denim and t-shirt line, Crisp.

“Ian Edelman, the creator of the show, is Jewish,” noted Greenberg, who was raised Conservative. “I think he was just fascinated with the story of Ralph Lauren — a Jewish guy from the Bronx who changed fashion, and changed it so much that he became a fashion icon.”

Ralph Lauren, born Ralph Lifshitz to two Belarussian immigrants, launched his career by selling neckties under the “Polo” label. His love of Oxford shirts, crew-neck sweaters and other clean-cut styles commonly associated with the upper class made Polo the brand of assimilation and its CEO a billionaire.

While Lauren’s journey may have been the inspiration for “How To Make It In America” (and he’s certainly made it), this is not the kind of fashion that interests Ben and Cam. Their idea of style revolves around urban culture, skateboarding and hip-hop (rapper Kid Cudi is a co-star). “It’s the times that we live in,” explained Greenberg. “I grew up with hip-hop, that’s my rock ‘n’ roll.”

The first season of “How To Make It In America” also featured a Jewish tailor who makes Crisp’s first denim prototype and a wealthy friend named David Kaplan (Eddie Kaye Thomas) who bankrolls the whole enterprise. While characters and actors of similar background appear in a number of television series, Greenberg is of rare breed — a Jewish leading man playing a Jewish protagonist in a major drama-comedy.

“There’s not a lot of Jewish leading men and I’m happy to fill that void,” he said. “I don’t want to play only Jewish characters, but I’m not going to shy away from it just because I’m Jewish.”

The series has been dismissed as a poor man’s “Entourage” (Mark Wahlberg is executive producer on both) and hailed as a fresh and inspirational narrative about the American dream. If anything, the show, despite its Jewish roots, attests that today race, religion and ethnicity matter less than talent and drive, especially in New York City. Anyone can make it in Ben and Cam’s America as long as they possess strength of character.

“That’s what I love about this show,” Greenberg said. “You’ve got a Jewish guy and a Dominican guy and in any other circumstance, in any other place in the world, they probably would never meet each other, but because they’re in New York City they’re able to become friends just because they have similar interests.”

“Ben and Cam have the opportunity to make it really big,” he added.

Watch the trailer for Season Two of ‘How to Make it in America’:

How To Make It in the Shmatte Business