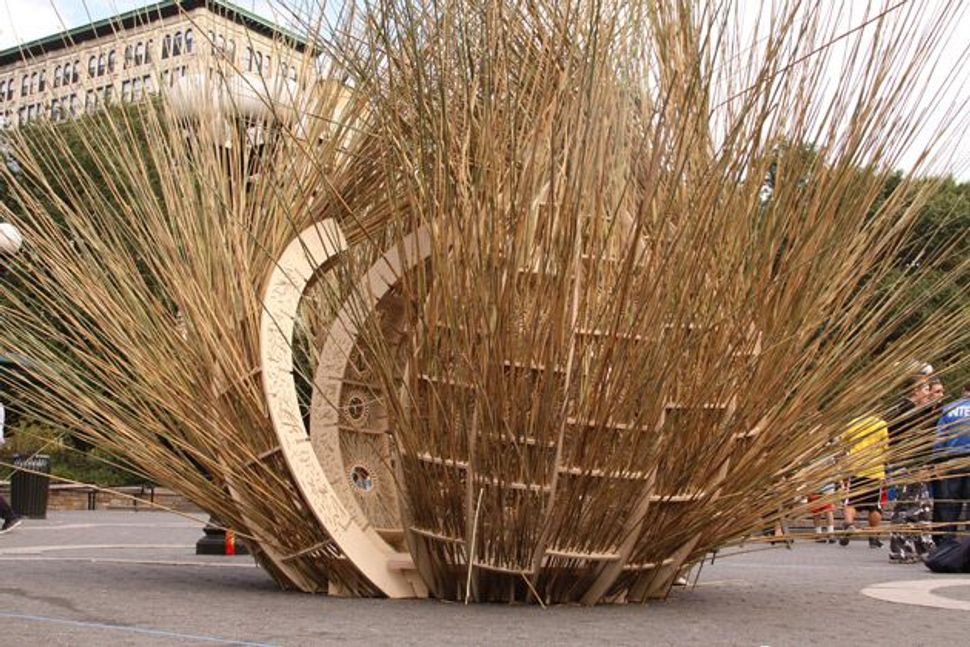 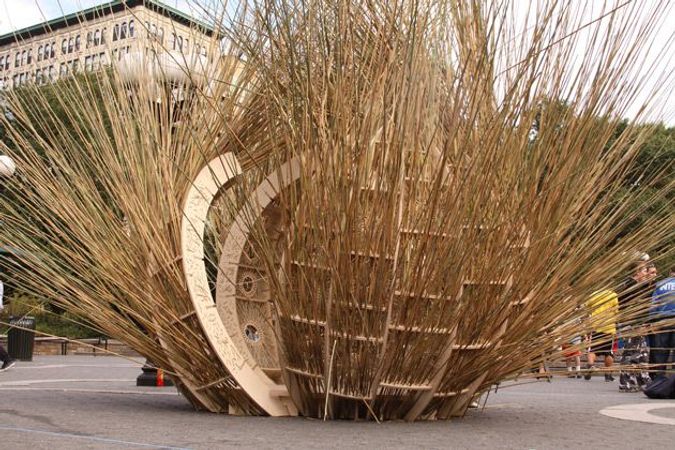 What a difference a year makes. Last autumn, New York City was all agog at the prospect of “Sukkah City” taking root in Union Square Park. Eleven different designs of an outdoor hut, the fruits of an international design competition, were scattered around the perimeter of the park, drawing thousands of visitors and generating considerable press, all of it favorable.

But this fall, in striking contrast, an attempt to install a sukkah in nearby TriBeCa’s Duane Park by a local Chabad rabbi and his wife kicked up quite a rumpus of disapproval.

In lieu of a chorus of hosannas, of sprightly talk about open source tradition and artistic innovation, the dominant register was of negativity and resistance. Citing the First Amendment, opponents of the sukkah claimed that the structure ran the risk of violating the separation of church and state. “I don’t want to encourage having all sorts of religious things in our public parks,” stated a neighborhood resident.

Perhaps it was too much to hope that “Sukkah City” might betoken a sea change in the public’s embrace of the ancient ritual structure. After all, for much of their history, urban American Jews found it much too difficult to erect a sukkah of their own, preferring to rely on that of their local synagogue.

When American Jews first lived in tenements, there was hardly any room for a sukkah, save for an uncongenial fire escape. Later still, when upwardly mobile American Jews moved to well-equipped apartment houses, erecting a sukkah clashed too strenuously with their newly acquired bourgeois norms of discretion and politesse. And these days, amid heightened concern about the establishment of religion, a public sukkah continues to be somewhat of a shaky proposition.

Still, as things turned out, there is room for common ground. Happily, the residents of TriBeCa secured an alternative venue for the Chabad sukkah. Instead of nesting in a public space, it found a temporary home on an empty lot, the private property of a local real estate company with a strong sense of neighborliness.