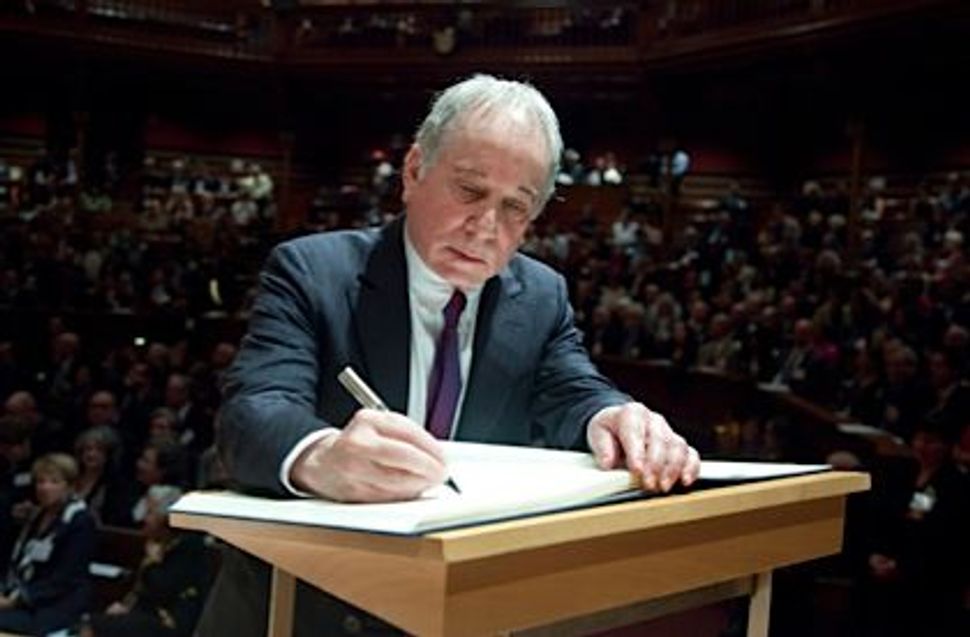 Courtesy of the American Academy of Arts and Sciences

Paul Simon is best known as a singer, songwriter and guitarist — not a college professor and academic. But Simon, who was inducted into the American Academy of Arts and Sciences on October 1, had a brief stint in academia, teaching a songwriting class at New York University at the beginning of the 1970s.

This relatively little known aspect of the Simon’s career is discussed by David Browne in his new book, “Fire and Rain: The Beatles, Simon and Garfunkel, James Taylor, CSNY, and the Lost Story of 1970” (Da Capo Press, 2011).

Browne, a contributing editor at Rolling Stone magazine, tells how Simon taught a weekly seminar in songwriting in the period just after he and Art Garfunkel quietly broke up. “One of my cousins auditioned for it,” said Browne. “He didn’t get in. He was a little too advanced.”

Who knows just how much Simon may have affected music history with his seminar? Singers such as Melissa Manchester (“Midnight Blue “) attended his class, as did members of the Roches.

Simon’s connection to the scholarly world was again underscored with his induction into the American Academy along with 178 scientists, authors, artists and intellectuals included this year. Fellow folk legend Bob Dylan was also inducted into the 231st class of the Academy, although he was unable to attend the ceremony. Dylan is no stranger to academia either: He received an honorary doctorate degree in music in 1970 from Princeton and in 2004 from the University of St. Andrews in Scotland.

Paul Karoff, spokesman for the Academy, said Simon was elected in recognition of his artistic achievements as well as for his broader contribution to philanthropy and advocacy. Others from the music world who have been inducted in past years include opera singer Placido Domingo.

At the ceremony in Cambridge, Mass., Simon signed the Academy’s membership book, as inductees have done since 1780. He also performed his 1973 song, “American Tune.”

Induction into the American Academy of Arts and Science is a singular honor. Now Simon and Dylan stand alongside John Adams and John Hancock, who were among the founders of the Academy in the late 18th century. Along with NYU, Princeton and St. Andrews, you might say they’ve gone to the finest schools all right. Now tell us — how does it feel?