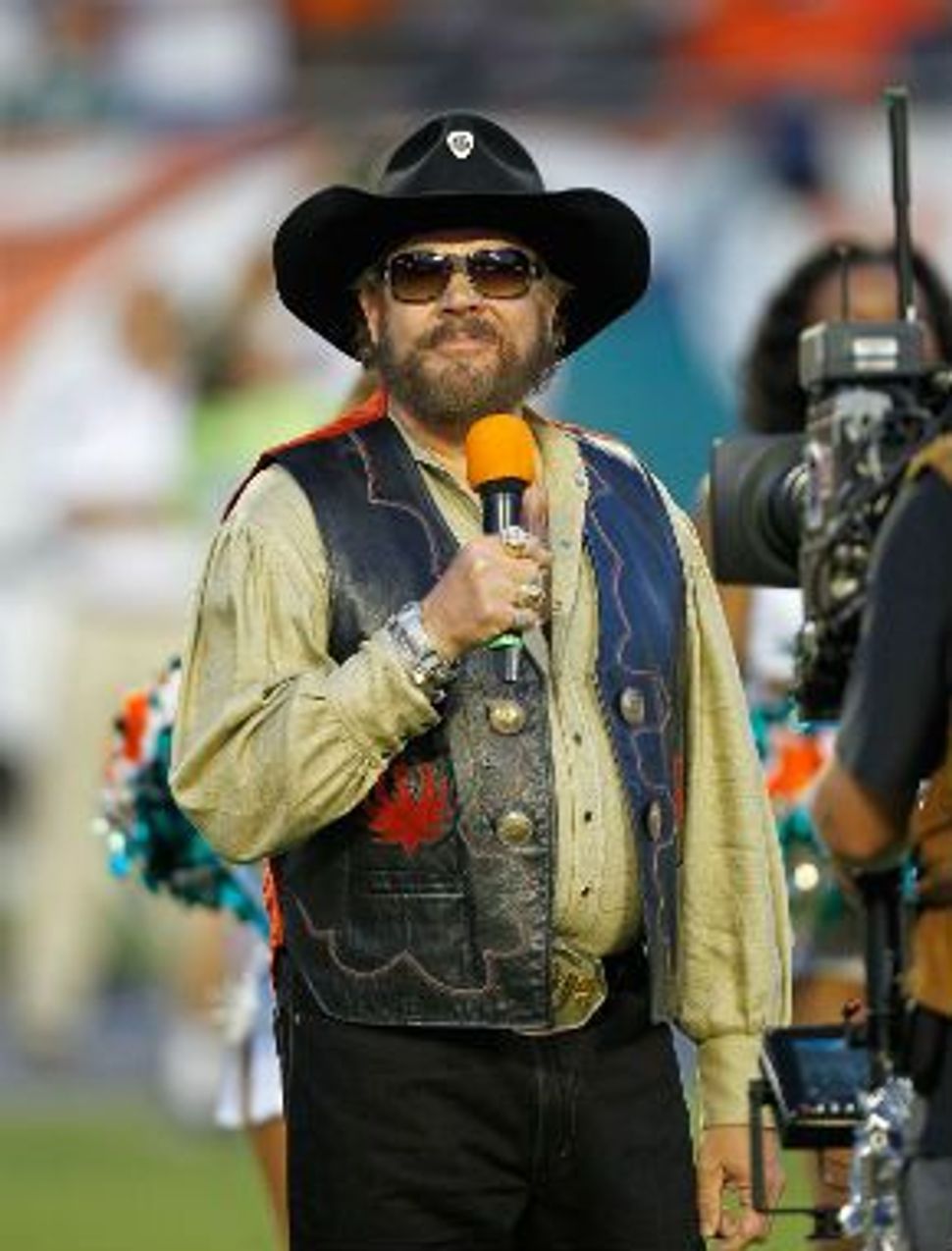 Be careful with those Hitler analogies, America.

Hank Williams, Jr., the guy who performs the “Monday Night Football” theme song, saw the anthem dropped by ESPN last night after he compared President Obama to the Nazi dictator on Fox News.

In an interview on “Fox and Friends,” Williams remarked that the recent “golf summit” between Obama and House Speaker John Boehner was “like Hitler playing golf with Netanyahu.”

His hosts quickly distanced themselves from the comparison, with Gretchen Carlson telling viewers, “I just want to say we disavow any of those analogies he made.”

ESPN distanced itself further — at least temporarily — in a press release noting that Williams “is not an ESPN employee.” Recognizing that “he is closely linked to our company” because of the football song, the sports broadcaster said it was “extremely disappointed with his comments, and as a result we have decided to pull the open from tonight’s telecast.”

Williams himself later backpedaled — sort of — writing on his website that he had been “misunderstood.” “My analogy was extreme — but it was to make a point. I was simply trying to explain how stupid it seemed to me — how ludicrous that pairing [of Obama and Boehner] was … They don’t see eye-to-eye and never will. I have always respected the office of the President.”

ESPN hasn’t commented one way or another, but the Shmooze imagines Williams’ rendition of “Monday Night Football” will return to the air next week.