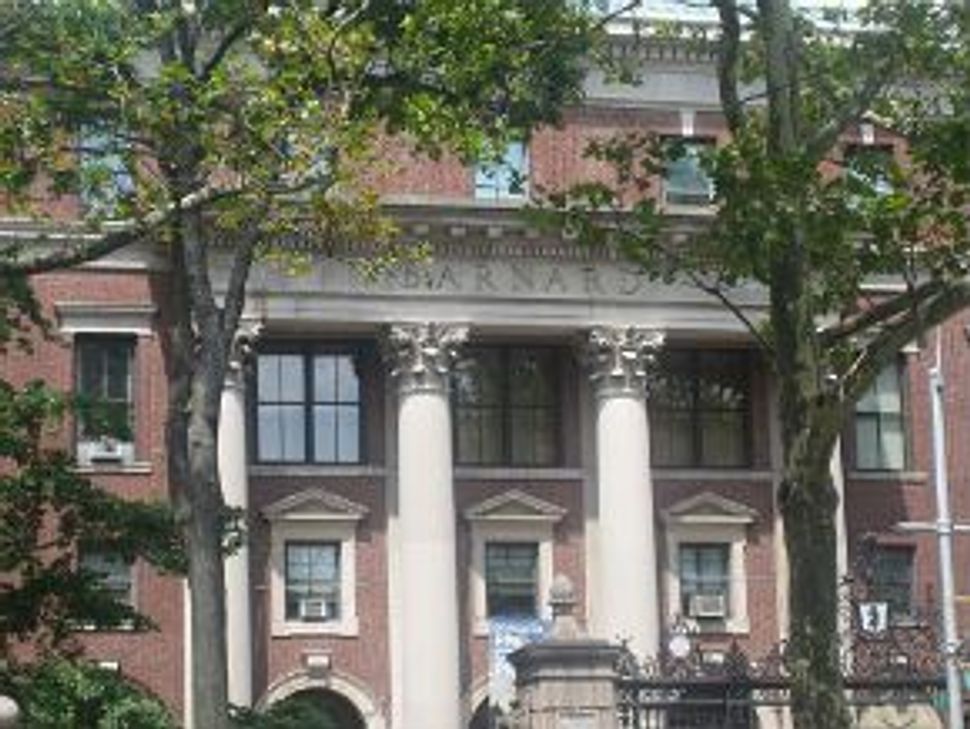 The Columbia Spectator has reported that the U.S. Department of Education’s Office for Civil Rights is investigating a complaint made against Columbia University on behalf a Jewish Barnard College student. The student was allegedly “steered” away from taking a course with a professor who is known for being critical of Israel and who has been accused of anti-Semitism. “Steering” is considered a form of illegal discrimination and a violation of civil rights.

The complaint was filed with the OCR by Kenneth Marcus, the director of the Initiative on Anti-Semitism at the Institute for Jewish and Community Research after he was informed of the incident by Mailman School of Public Health professor Judith Jacobson, who had heard about it from a third party. The student, whose name has not been revealed, is reportedly supportive of the actions that have been taken on her behalf.

“Steering” has historically been associated with real estate agents’ steering prospective homeowners and renters of a particular race or ethnicity away from specific neighborhoods.“I certainly never saw something like this in education,” said Marcus, who dealt with “steering” cases when he was previously employed as the head of the Office of Fair Housing and Equal Opportunity at the Department of Housing and Urban Development. “It’s a novel theory as applied to universities.”

Columbia President Lee Bollinger stated that allegations of discrimination are taken very seriously at the university. However, he thought it was unfair for Prof. Massad to be named in the complaint, given that the alleged “steering” was done in the course of academic advising at Barnard, in which Massad had no part.

Some Jewish Columbia and Barnard students interviewed by the Spectator felt the issue was overblown, and that Jewish students feel very welcome and supported on campus. Others believed that the alleged “steering” was a sign of serious problems. They thought that the fact that there could be classes that Jewish students should stay away from pointed to the “prospect of unequal treatment or hostile environment toward Jewish students,” as Marcus put it.