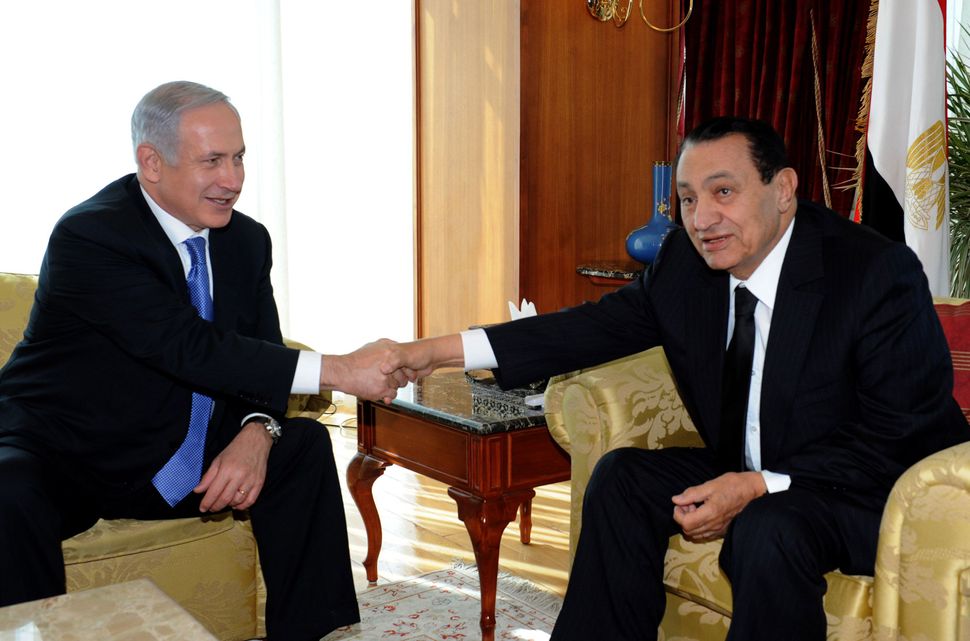 The Egyptian newspaper Al-masry Al-youm took note of the fact that an Israeli journalist has suggested that ousted Egyptian president Hosni Mubarak be named Israel’s Man of the Year (with “year” meaning the recently departed 5771).

Political correspondent Udi Segal apparently said on air during a Channel 2 evening news broadcast that “Mubarak symbolizes the last Jewish year ‘with all its changes, risks, hope and despair.’”

The ousted president (unlike his predecessor Anwar Sadat, whose assassination took place exactly 30 years ago today) never visited Israel. He also never took any significant steps toward a warmer peace with Israel. Nonetheless, “Mubarak was the president of Egypt for three decades and he was a symbol of peace and regional stability,” Al-masry Al-youm reported Segal as saying.

According to the Israeli journalist, Mubarak, who is lying gravely ill in a cage as the Egyptian people pass judgment on him, is the perfect symbol for the huge changes the past year has seen in the Arab world — which have in turn altered the geo-political landscape for many other countries, especially Israel.