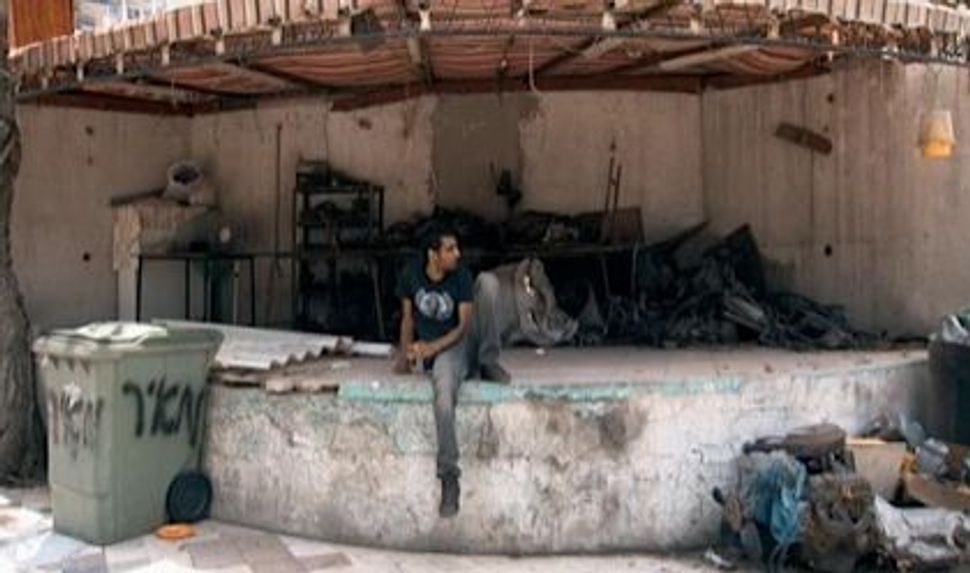 An intergenerational connection through music is at the heart of “Iraq n’ Roll,” a new Israeli documentary by Gili Gaon, which screened this year at the Jerusalem International Film Festival and is out on DVD next month.

In the 1950s, brothers Saleh and Daoud Al-Kuwaity made aliyah to Israel. They arrived after an illustrious career as creators of Iraqi national music, beloved by myriads of fans as well as King Faisall II, with whom they used to lunch. They hoped to continue playing their music in Israel, but instead found themselves facing discrimination and poverty.

In Israel’s early years the European cultural canon was honored, while the Al-Kuwaitys’ Arabic music was unwelcome. The brothers fed their large families by selling eggs, continuing to play only on weekends in marginal venues, and at weddings and bar-mitzvahs. Feeling that their music received no support or recognition, let alone income, they forbade their children from embarking on musical careers. “Go get a profession” they said.

Today, however, things are different. There is a street in Tel Aviv named after the Al-Kuwaitys, and Daoud’s grandson, Dudu Tassa, a young Israeli rock musicians, is trying to revive his family’s musical heritage.

The documentary introduces us to the ebullient, charismatic Tassa and his family, all of whom maintained their connections to Iraqi song and music. Tassa goes to learn Arabic harmony from his family and from other senior Iraqi musicians in Israel. Learning to perform Arabic music is not easy for him, however, even though he grew up listening to it. “Do not sing with your throat,” his uncle instructs him. “Arab music appeals not to the head but to the heart. Sing to my feelings.” And Dudu does.

In the end, Tassa puts on a show called “Iraq n’ Roll,” in which he collaborates with traditional Iraqi performers and combines rock beats with the oud and ornamented melismatic vocals. As a kind of return of the repressed, Tassa invites his mother, a daughter of Daoud Al-Kuwaity, who insisted that she become a bank clerk, to join him on stage.

In the last scene of the movie, a beautiful older woman comes on stage, hugs her son, and for the first time in her life, sings her father’s song to a large and enthusiastic audience. “Iraq n’ Roll” is a moving story of family and music that weaves together a sad story of the past and a celebratory tale of cultural reclamation.