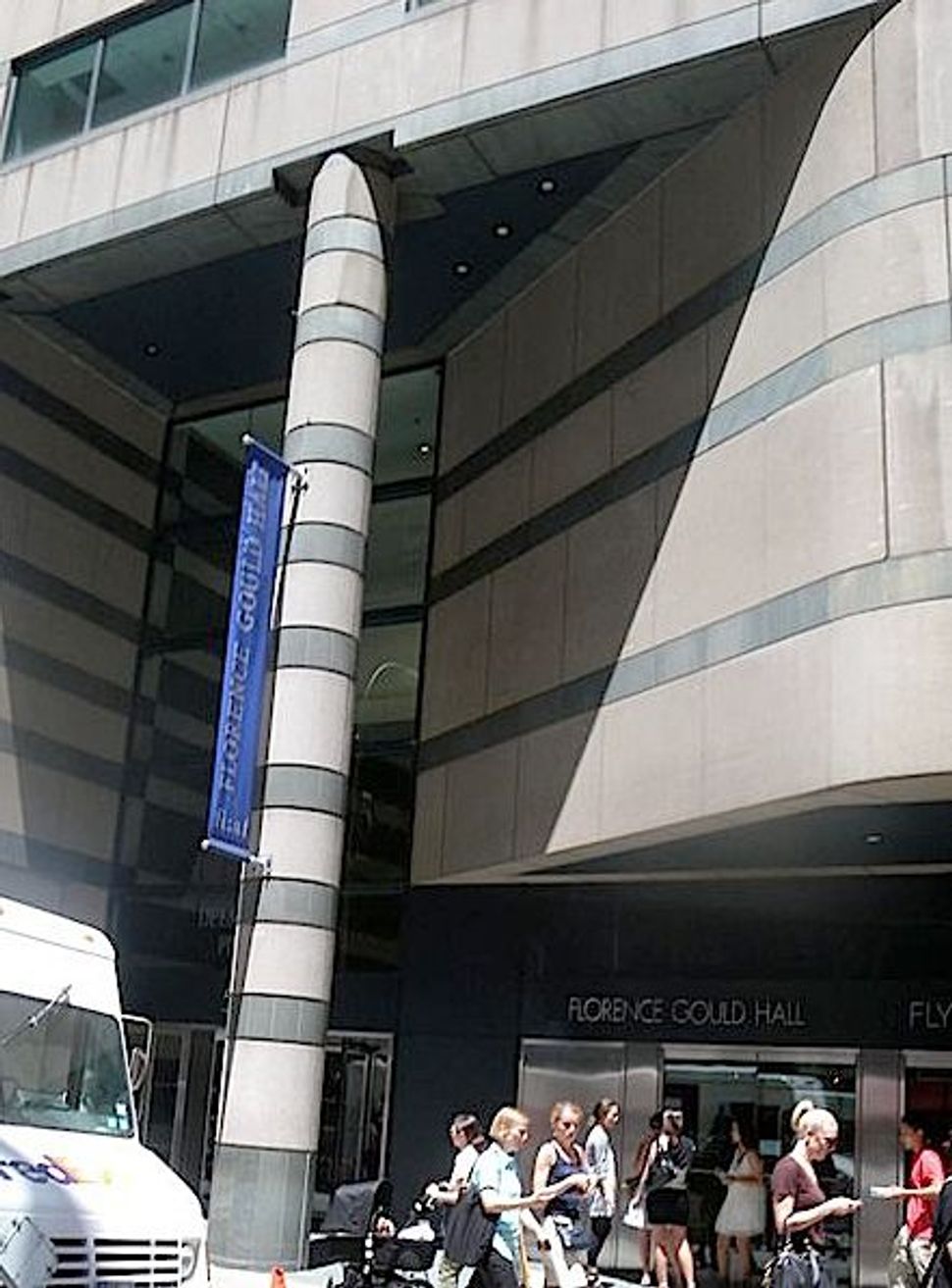 Welcome to Her Hall But who was Florence Gould? Image by wiki commons

New York’s French Institute Alliance Française boasts a Florence Gould Hall while San Francisco has a Florence Gould Theater, both named after a French society hostess and philanthropist whose largesse, since her death in 1993, has been distributed by The Florence Gould Foundation. These venues were named before three histories of wartime France established that Gould was also an enthusiastic hostess and friend to Nazis and Nazi collaborators in her lavish Paris home.

Alan Riding’s well-researched “And The Show Went On: Cultural Life in Nazi-occupied Paris,” out from Vintage Books on October 4 confirms information provided in Charles Glass’s “Americans in Paris: Life and Death Under Nazi Occupation” out in paperback in February from Penguin and Frederic Spotts’s “The Shameful Peace: How French Artists and Intellectuals Survived the Nazi Occupation” out last year in paperback from Yale University Press. But who were her guests and should their identity change the way her posthumous philanthropy is viewed?

Florence Gould was a former French dancer who married Frank Jay Gould, son of the railroad despot Jay Gould. While her husband spent the war in luxury in the South of France, Florence, who refused to leave Nazi Occupied France, hurried back to Paris in early 1941, as Spotts explains, and soon was “cultivating Wehrmacht officers and Gestapo officials.” It became clear that Gould was a “Nazi sympathizer and a terrible anti-Semite who cohabited with the most appalling figures of the German occupation in Paris,” Spotts charges. As Riding confirms, Gould’s favored literary guests included Marcel Jouhandeau, author of the anti-Semitic 1938 book “The Jewish Peril” (Le Péril Juif) which included such essays as “How I Became an anti-Semite,” none of which Jouhandeau ever disavowed, even after the war. Gould Foundation money has been accepted by The Metropolitan Museum of Art, Lincoln Center, and Cornell Medical School, etc. Happily none named theaters after her, since her wartime deeds are now a matter of public record. The question as to whether the Foundation’s money is tainted, remains open.