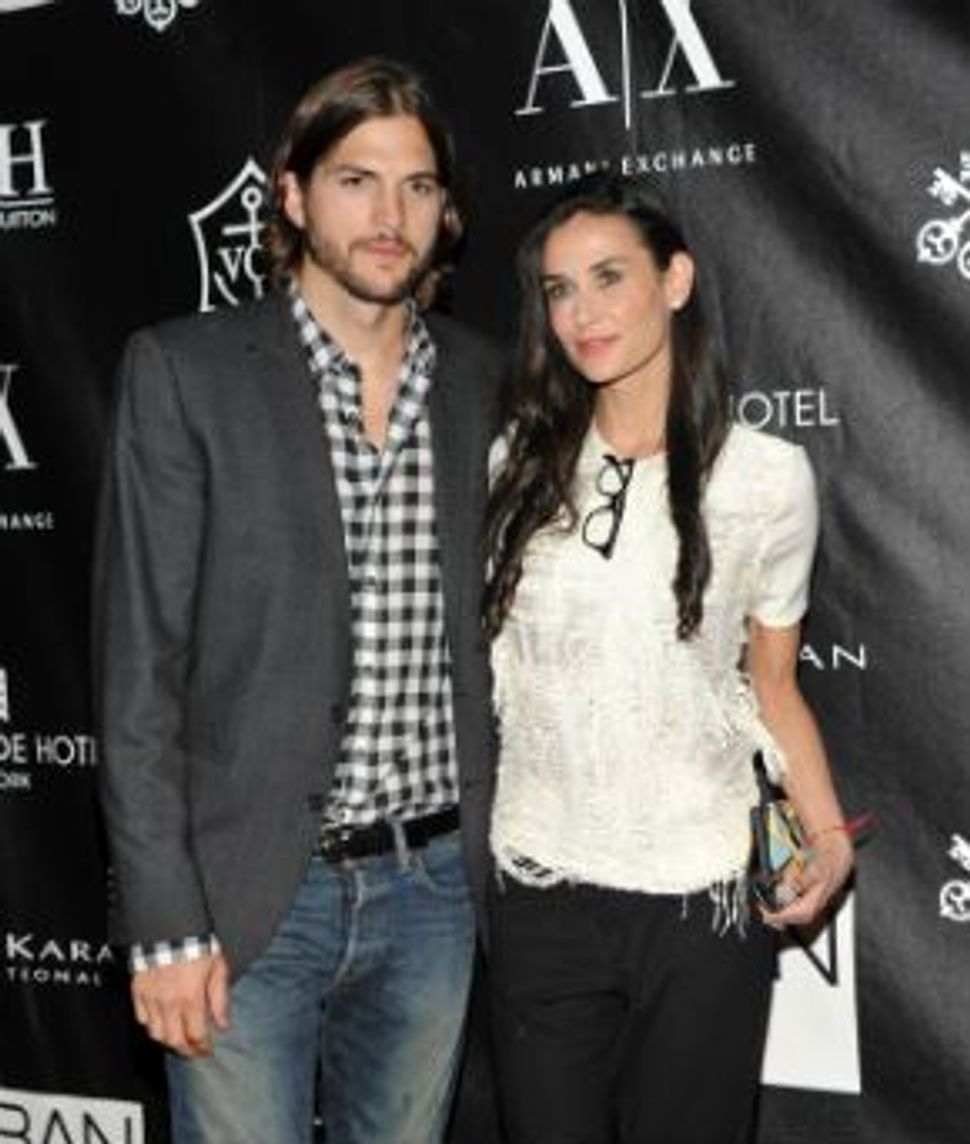 That’s what celebrity Kremlinologists have been trying to figure since Friday, when reportedly feuding Demi Moore and Ashton Kutcher attended services together at the Kabbalah Centre in Los Angeles. People Magazine reports that the pair sat on opposite sides of the aisle during the service — as is Kabbalah Centre custom — before exiting the sanctuary with their arms around each other’s waists.

Coming at the start of Yom Kippur, the appearance suggests the actors are still together, despite widespread reports that the 33-year-old Kutcher has been cheating on Moore, 48. The latest round of rumors claim that Moore has consulted a divorce lawyer, though the couple’s official silence has reduced many news outlets to analyzing their Twitter feeds and other 21st century tea leaves.

This isn’t the first time the pair have projected an image of solidarity via the Kabbalah Centre. The couple visited Israel last year amid another round of adultery allegations.