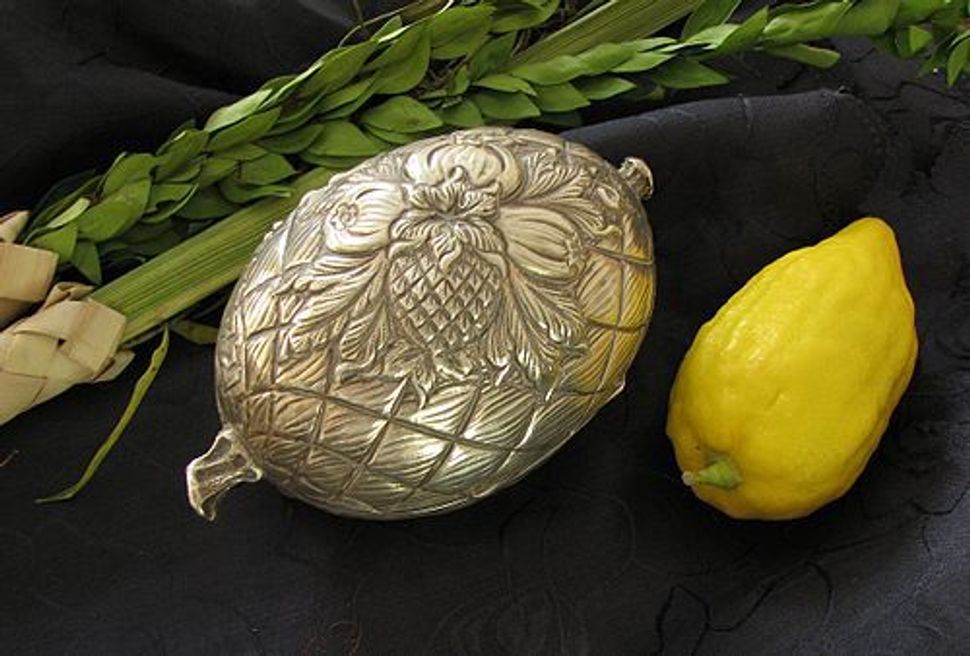 Produce harvested in the dead of night, smuggled and sold for high prices under the radar of authorities. Warehouses burglarized. Tourists hiding the good stuff in suitcases and getting found out by customs.

No, this isn’t a story of drug rings, but rather of lulavs and etrogs, the plant species waved during synagogue services on Sukkot, the festival that starts tomorrow night.

First came fears of a lulav shortage in Israel, upon realization that Egypt had banned exports. Now it seems that lulavs have been smuggled from Egypt in violation of the ban.

Then came Israel’s plan to avert the shortage by importing from Gaza, until Hamas, which is in power there, vetoed the deal.

A French national has been apprehended at Ben Gurion airport trying to smuggle some 228 etrogs — weighing a total of 127 pounds — into Israel in a suitcase.

And now the Haredi media is buzzing with reports of a large-scale lulav robbery. Some 1,000 lulavs were stolen from a function hall of the Breslov Hasidic sect in northern Israel. This poses not just a moral problem for the lulav-buying public, but also a a religious one: Ritual law states that if the mitzvah of taking the lulav is performed with a stolen plant, the act is null and void.

Roll on Passover. Matzoh is pretty incorruptible… or is it?