Anthony Weiner Kvetches About His In-Laws 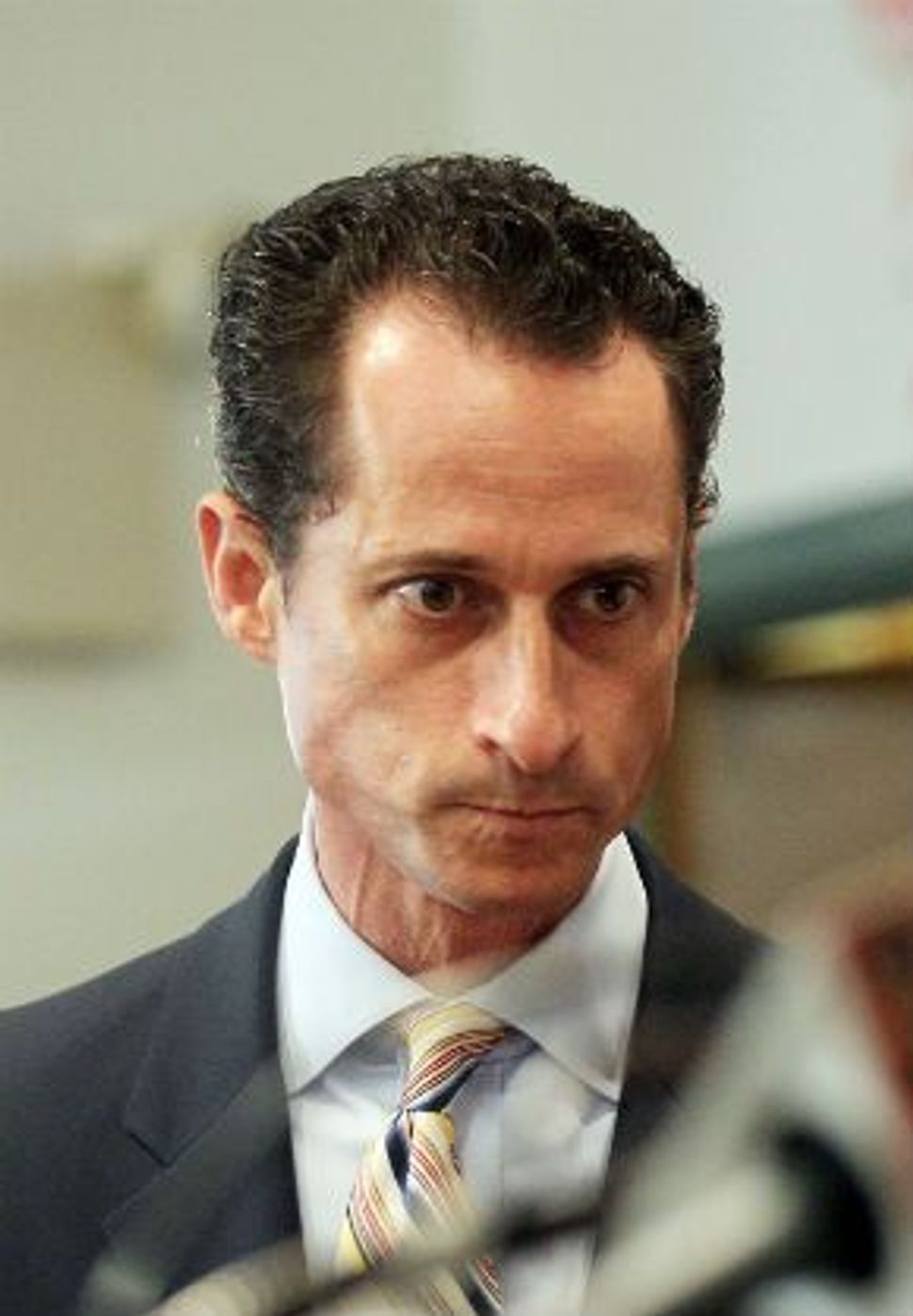 We are all prone to complaining about our in-laws. We might gripe about them while shmoozing with someone in person, on the phone or by e-mail. Former Congressman Anthony Weiner, it seems, talks about his in-laws even while sexting.

In her forthcoming tell-all book, “I Friended You,” about her online relationship with Weiner, 35-year-old former cheerleading coach Traci Nobles reveals that amid Weiner’s naughty messages to her was also some venting about his wife Huma Abedin’s parents. Abedin, who is a deputy chief of staff and aide to U.S. Secretary of State Hillary Rodham Clinton, was born to a Pakistani family and grew up in Jeddah, Saudi Arabia.

And this wasn’t run-of-the mill kvetching about pushy or nosy mothers-in-law, either. Rather, it would appear that interfaith marriage is the source of Weiner’s angst.

“I wish I had an escape route sometimes…Well a lot has to do with religion,” Weiner wrote to Nobles. “Lots of restrictions and how I’ve never been accepted by them,” he continued, with “them” as a reference to his in-laws. “Touchy is a good word for this. It’s been touchy and worse from the beginning.”

He continued, “They just believe I should be Muslim or convert… it makes for a lot of uncomfortable meetings…When you’re religion is something that is hated from the beginning it doesn’t inspire much confidence.”

Whether or not the Abedins have a problem with the former Congressman’s Jewish identity, the Shmooze would venture that there is a great deal more about their son-in-law that troubles them.

Anthony Weiner Kvetches About His In-Laws