A Sukkot Kerfuffle Over Antennas 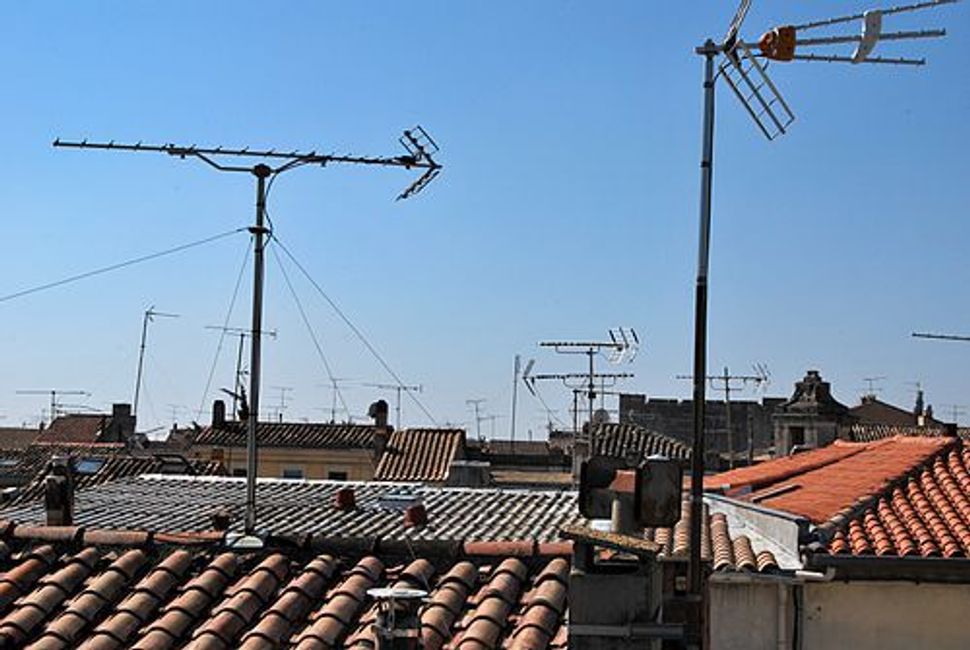 Two adjacent Jewish organizations in San Francisco — the Lisa Kampner Hebrew Academy, an Orthodox Jewish day school, and the Bureau of Jewish Education — are involved in a neighborly scuffle over roof space.

The two groups are feuding over a public hearing about the placement of AT&T antennas on the BJE’s roof. Two existing antennas dating to 1997 are scheduled to be replaced by six new ones. The Hebrew Academy’s Rabbi Pinchas Lipner immediately suspected a conspiracy between the BJE and the city’s Planning Commission when he realized that the meeting was scheduled for today, the first day of Sukkot.

“It’s like setting up a meeting on Christmas,” Lipner told the San Francisco Examiner. “They’re taking away due process from us.” Lipner was convinced that the scheduling of the meeting for Sukkot was a way to prevent Hebrew Academy leadership and families from having the opportunity to voice their opposition to the project. When parents of students at Hebrew Academy got wind of the planned antenna installation, some reportedly threatened to pull their children from the school.

David Waksberg, the BJE’s chief executive officer, is surprised that Lipner is causing such a stir about this by alerting the media. Waksberg assured the Examiner that there is no conspiracy afoot, and that in fact, the BJE had contacted the Planning Commission to request a rescheduling of the public hearing. The BJE, too, will be closed today and tomorrow in observance of Sukkot, and its employees would not be able to attend the meeting either. The Planning Commission is consequently voting on a new date for the hearing.

Waksberg has reached across the fence and offered to meet with Hebrew Academy community members about their concerns, to talk things over in a sukkah of peace, so to speak. “They’re our neighbors,” he said. “We don’t want to destroy our relationship with our neighbors.”

A Sukkot Kerfuffle Over Antennas