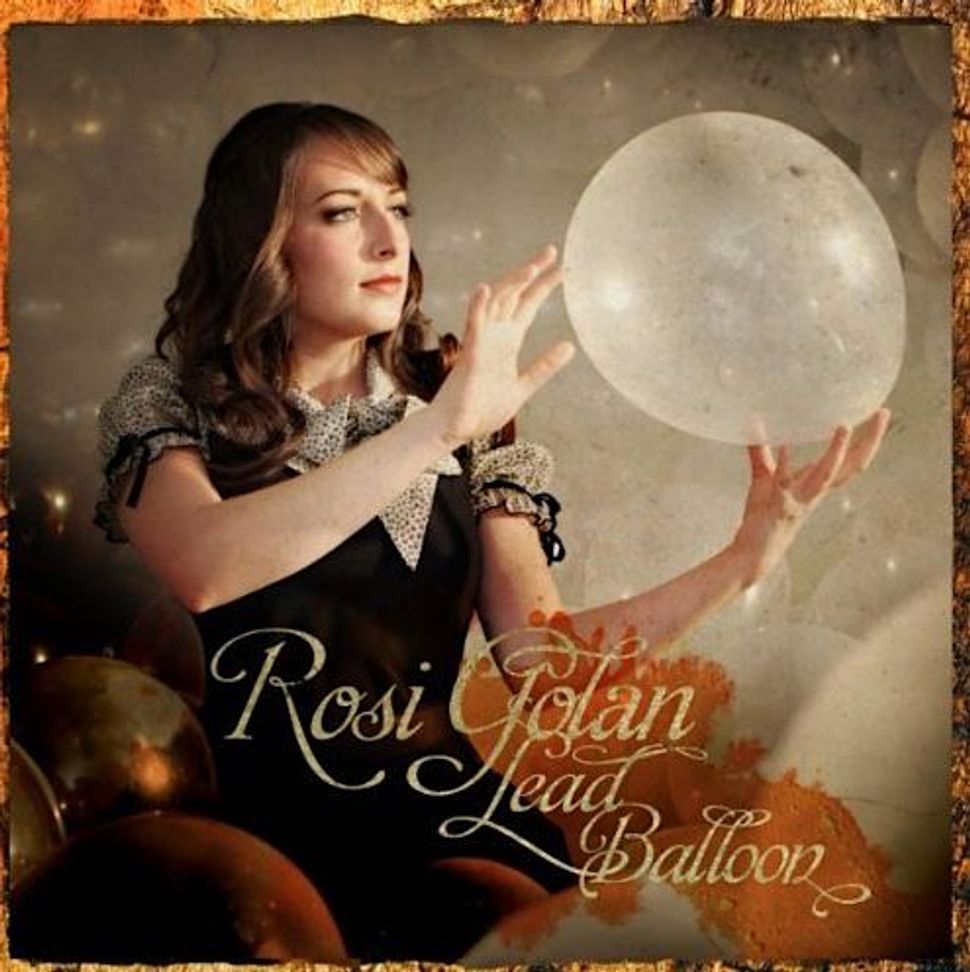 Rosi Golan has a very pretty voice. With seeming effortlessness the Israeli singer-songwriter pours out soulful pop ballads, hitting each note perfectly. Her second full-length album, “Lead Balloon,” features 12 songs that affirm her ability to deliver an entirely pleasant record. From “Paper Tiger,” a playful, upbeat number, to the album’s slightly more reserved title track, each piece conveys the ease with which Golan can sing beautifully.

Golan, who claims to have wandered into a music career on a lark, released her first album, “The Drifter & the Gypsy,” in 2008 to minor acclaim. Though relatively unknown, her songs were featured on the TV shows “One Tree Hill” and “Private Practice,” as well as in the movie “Dear John.” The songs on “Lead Balloon,” like those on the album that preceded it, showcase Golan’s honeyed voice with a rich smoothness that recalls other female singers like Feist and Amy Milan.

“Lead Balloon” spans several genres, from bubble gum pop to near country twang. Golan’s most successful tracks are those, like “Paper Tiger” and “I like You,” that embrace her pop sensibility and give in to her twee tendencies. The lyrics, if not transcendental, are teasing and cute. “You’ve got the loudest bark, but you’ve got no bite, It’s a funny sight to see / Like a paper tiger hanging on a string, darlin’ you don’t bother me.” However, seemingly unsatisfied with committing to a single sound, “Lead Balloon” jumps to overwrought ballads and pseudo country heartbreak with markedly less success.

Unlike Feist and Milan, Golan’s songs fail to transcend mere prettiness and many are just uninteresting. While her pop songs are fun, the inclusion of more dramatic tracks suggests a desire to achieve something greater, yet the beats and guitar rifts are stock, and each song seems to remind you of something else you’ve already heard.

Like a number of Israeli singers, Golan has chosen to pursue a career in English, rather than in her native Hebrew. But Golan’s album begs the question, “Why?” While fellow Israeli songstress Yael Naim has managed to break into the English music scene, she is the exception to the rule. With the vocal talent that Golan possesses it is easy to imagine her achieving acclaim in Israel similar to that of pop stars Miri Mesika and Aviv Geffen, but in English her songs end up sounding childish and simple.

Undeniably, much of “Lead Balloon” is quite pleasant, and it is no surprise that Golan’s songs lend themselves to a film based on a Nicholas Sparks book, or a sitcom about high school. They are easy, they are accessible, and they are consonant. While “Lead Balloon” does nothing to move beyond what “The Gypsy & The Drifter” achieved, it’s no worse, and in the end, maybe that is a perfectly fine way to define success.