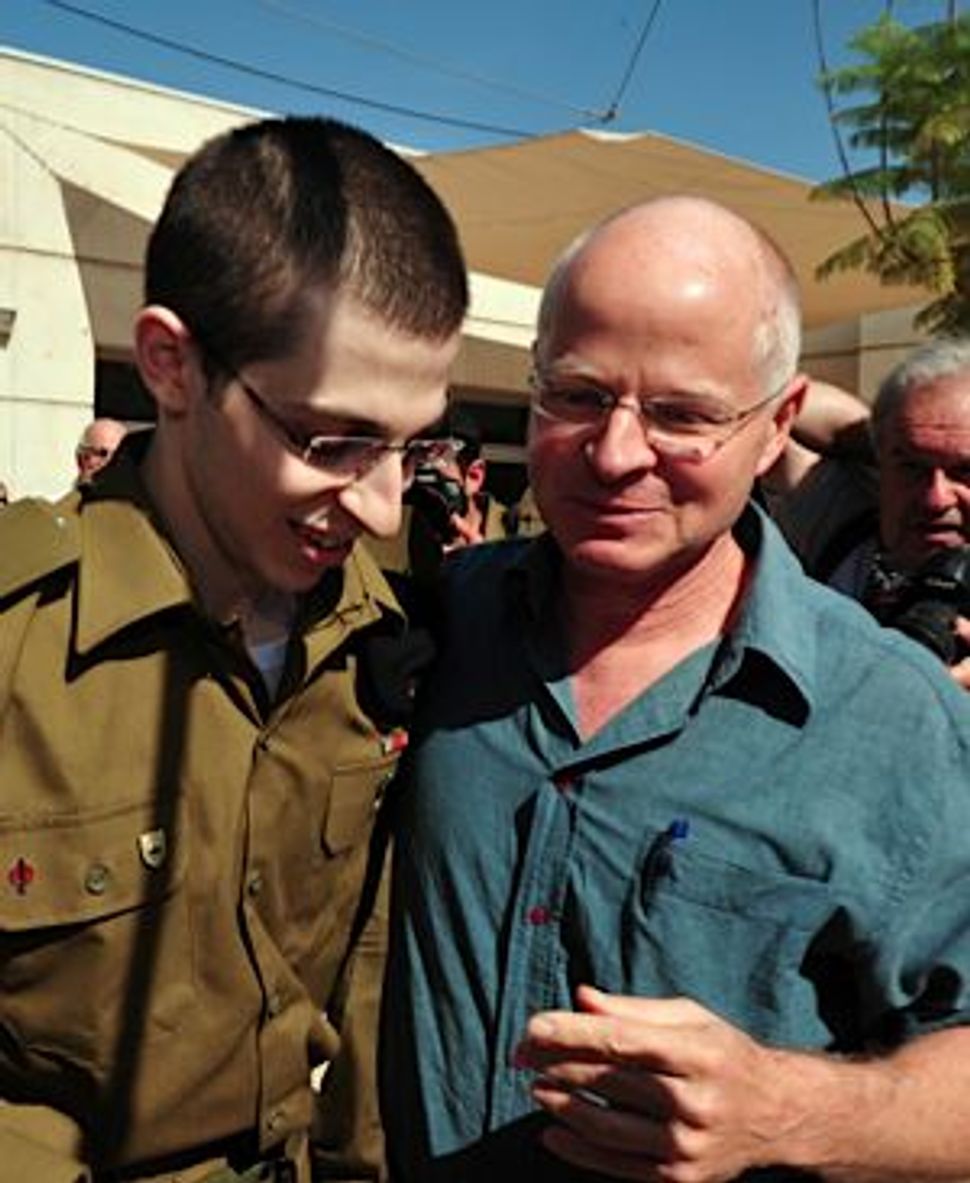 The song, “Now That You Are Here,” was written by Einstein’s longtime collaborator Guy Bocati. It is a heartfelt ballad telling the returned soldier how much it means for the entire nation that he is back, and that he should take the time needed to heal. “You’ll always be a hero,” Einstein sings. “You are allowed to cry. It’s not simple at all, to forgive fate.”

Haaretz reports that Einstein is not the only artist to respond to Shalit’s homecoming. Shlomi Shaban and Ninet Tayeb re-recorded Ehud Banai’s song “Coming Out Into the Light.” Aviv Geffen dedicated “Everyone’s Child” to Shalit, and singers Eyal Golan, Idan Yaniv and Shlomo Arzi also dedicated songs to him. Haaretz printed an English translation of the song’s lyrics.

Videos of “Now That You Are Here” were first posted online late Tuesday, and they are quickly garnering thousands of views. The most powerful one comprises a series of photos from Shalit’s life, from infancy through to the latest shots of him as he stepped out of the helicopter to be greeted by Israel’s leaders and reunited with his family after five long years in the hands of Hamas.

Watch ‘Now That You Are Here’: