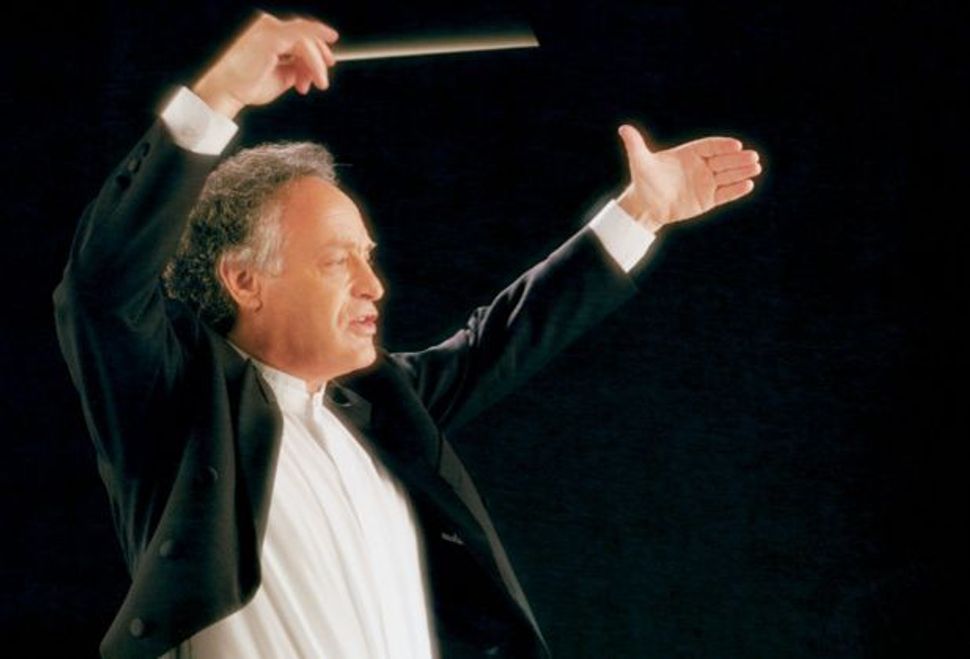 Image by Courtesy of YoavTalmi.com

In Israel, Yoav Talmi won immortality early on, writing a jauntily high-spirited 1963 band composition selected as “The Tzahal March,” played on all state occasions since. Talmi, who was born in 1943 on the Merhavia kibbutz, went on to an international career as conductor and composer and his as-told-to memoirs, “A Conductor’s Career: From Kibbutz to Quebec” were published by Les éditions Septentrion in May.

Written with the Canadian musicologist Bertrand Guay, “A Conductor’s Career” details musical training received from Talmi’s youngest years, starting with lessons from his father, a native of Sosnowiec, Poland who studied with the composer Paul Ben-Haim in Tel Aviv. Developing from a young Juilliard student with an Elvis-like pompadour to the busy conductor/composer of today was due to fortunate associations, including Talmi’s wife, Er’ella Talmi, herself a noted flutist.

Talmi the composer favors the latter instrument, as in his “Monologues for Flute” three of which are included on the sensational Israeli flutist Sharon Bezaly’s BIS CD, “The Israeli Connection”.

Other works by Talmi reveal deep empathy with folklore, such as “Suite of Israeli Songs, for flute & orchestra” from Centaur Music. Another Centaur CD shows Talmi as a genial arranger for flute of Respighi, although he may have gone too far with the “Mother Goose” of Ravel, a master orchestrator, by adding flute where Ravel had not intended.

Talmi the composer is not timorous; on an Atma Classique CD, he transforms Bach’s “Italian Concerto” for keyboard into an orchestral work, and with panache. For Talmi, arrangements exemplify a compromise and accord at the heart of music-making, and another Atma Classique CD, of composers’ orchestrations of Debussy is one of Talmi’s most thoughtful statements.

Talmi is also noted for outsized gestures — including massive performances of Bruckner and Mahler — but his finest moments on CD may be performances from Aurora of spiky works by the Norwegian modernist composer Arne Nordheim, whose questing spirit and generous-hearted emotionality suit Talmi ideally. “A Conductor’s Career” explains how even as a veteran musician, Talmi was confronted with “anti-Semitic remarks” during a 2003 Hamburg Symphony Orchestra rehearsal. Talmi specifies that it came from a German violinist of Polish origin.

Another disrespectful Polish fiddler, this time a Jewish one, was Henryk Szeryng. During one 1980 Brahms Concerto performance, led by Talmi, Szeryng began conducting the Rochester Philharmonic with his bow during orchestral passages, oblivious of Talmi’s presence. Rather than dwelling on these moments, though, “A Conductor’s Career” ardently lauds gifted musicians, such as the young Israeli violinist Kinneret Sieradzki, so let us now praise famous Talmi.

Watch Yoav Talmi on Israeli TV, explaining how he composed “The Tzahal March.”

And hear Talmi conduct his own orchestral arrangement of Bach’s Italian Concerto.