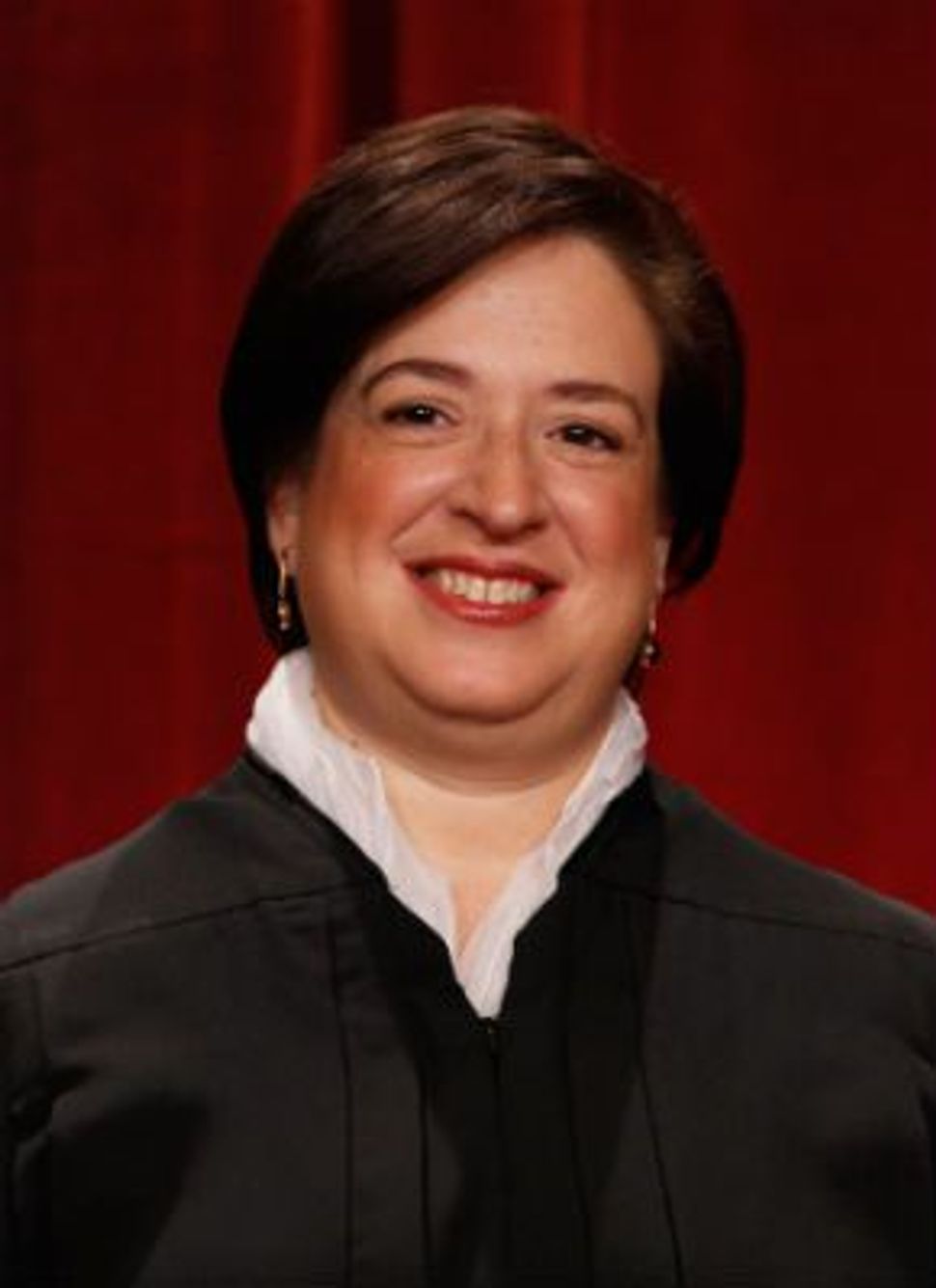 Ever since the Torah characterized Jacob as “yoshev ohalim,” a tent dweller, most people do not usually use “Jews” and “hunting” in the same sentence. But the truth is that there are Jews who hunt, and it is now known that Justice Elena Kagan is among them.

In a talk at Beth Tfiloh Congregation celebrating the Baltimore synagogue’s 90th anniversary, the newest member of the Supreme Court of the United States shared her feelings about sitting in the same seat that was once occupied by Louis Brandeis, the nation’s first Jewish justice. She also answered questions about whether she thought her Jewish background would influence her decision on an upcoming case involving an Israeli couple petitioning the Court to intervene regarding the State Department’s refusal to list “Jerusalem, Israel” as the place of birth of their son on his passport. (The State Department deliberately lists only “Jerusalem,” without specific reference to a country because of what is considers the disputed nature of Jerusalem’s status).

These topics were pretty routine for a Jewish justice’s address to a Jewish audience. However, Kagan did surprise the crowd by saying that since coming onto the Court, she has taken up hunting. The admission came as part of a recollection of a visit she paid to Sen. Benjamin Cardin, a Democrat from Maryland shortly after her nomination in May 2010 by President Obama. She recalled that Cardin asked her about her stand on gun rights and noted that she might not understand how important the issue was to many Americans.

Kagan had never owned or fired a gun in her life. “But I told Sen. Cardin if I was fortunate enough to be confirmed, I would go hunting with Justice Scalia,” she told the audience.

True to her promise, she has visited a shooting range with Scalia and has gone on several hunting trips with him. “It turns out, it’s kind of fun,” she told Beth Tfiloh’s Rabbi Mitchell Wohlberg, who expressed some shock at her admission.

Justice Kagan may say that she’s just a Jewish girl from the Upper West Side at heart. But in this regard, she can’t say that the job hasn’t changed her.