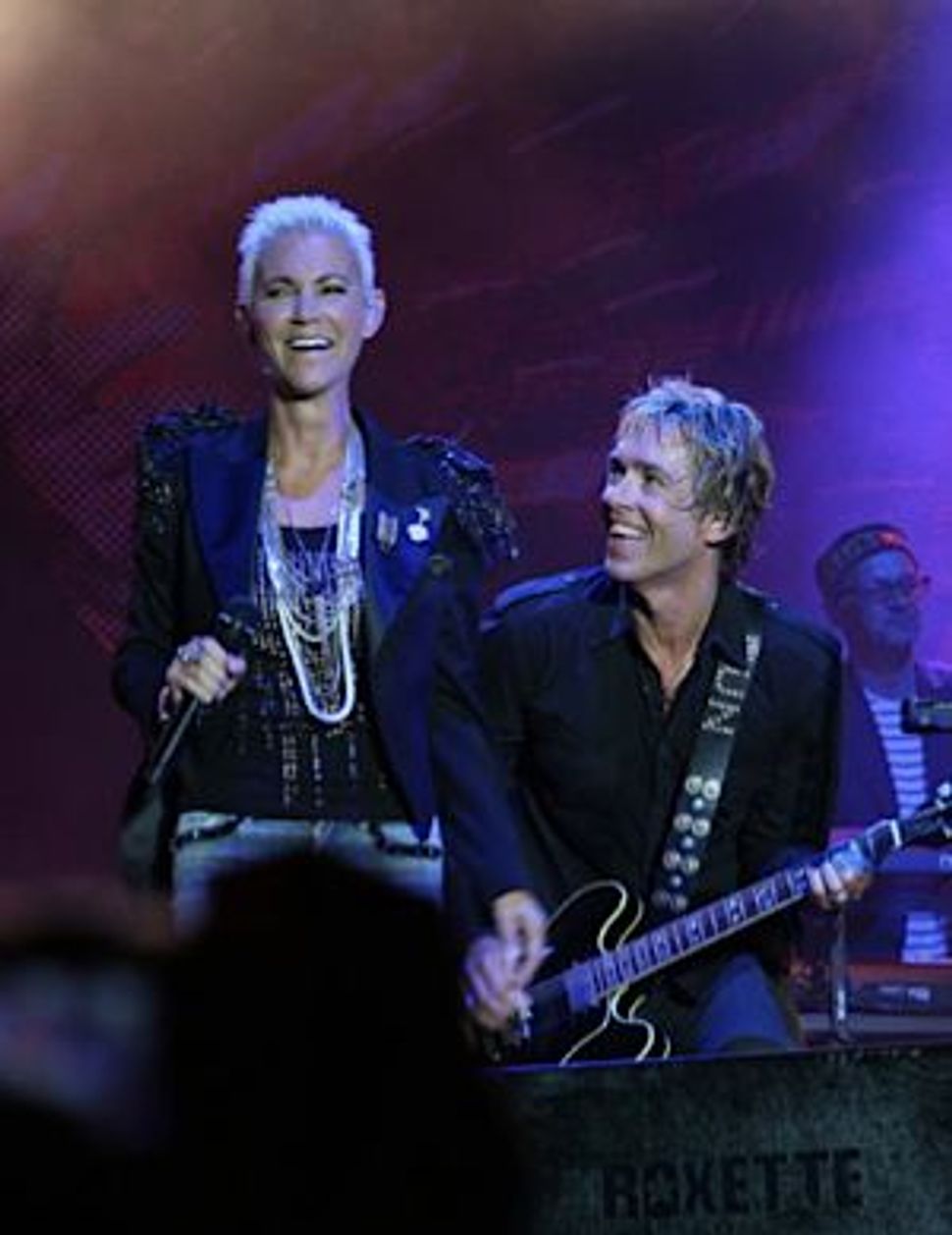 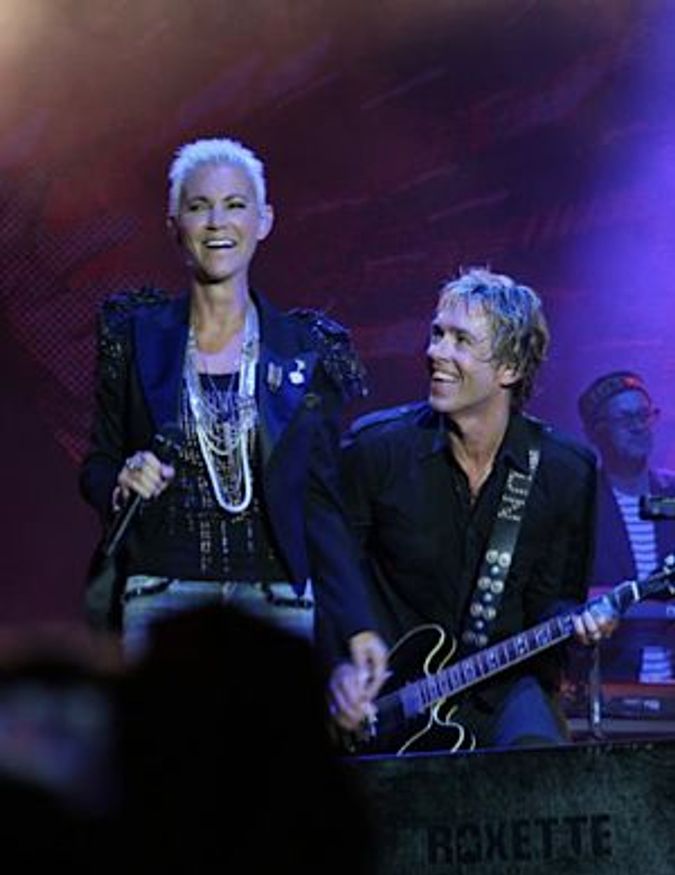 Wow, so many people. It’s been years since there were so many, streaming into the Tel Aviv Fairgrounds. The parking lot was packed; the line for the bathrooms was endless. The Roxette concert last Saturday night was moved from the pavilion, with a capacity of 5,000, to the adjacent lawn, which can hold many more, and thus the whole event felt like a stadium concert in every sense. By comparison, the shows featuring Suede, Mark Ronson, Interpol and Jane’s Addiction at the fairgrounds this past summer suddenly seemed like intimate performances at the Tzavta club.

This was probably the most impressive commercial success of the season, but also, at least for me, the weakest concert. It is impossible to argue with 10,000 people, and it’s doubtful whether there is even anything to argue over. Presumably only a small portion of the crowd at the Roxette concert consider its songs to be the be-all and end-all. They are songs that have kitsch written all over them. Formulaic ballads, rhythmic songs that sound like rock ‘n’ roll made out of plastic. Musical fast food, made in Sweden.