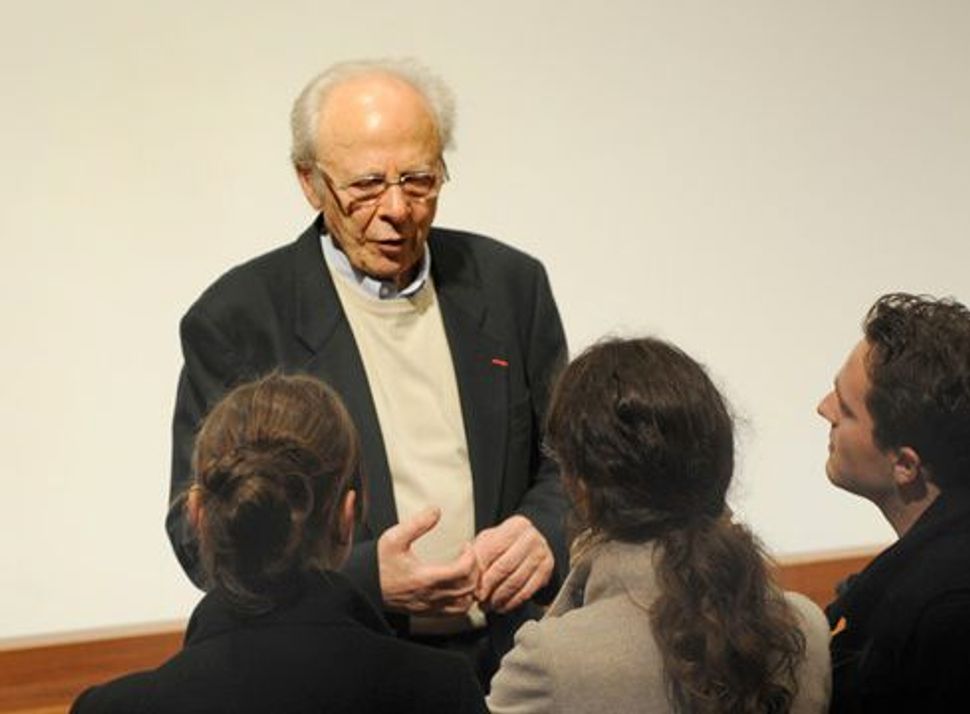 In 1995, Serge Klarsfeld described Henri Borlant, a French Jewish doctor born in 1927, as “the sole survivor out of 6000 French Jewish children under age 16 who were deported to Auschwitz in 1942.” On March 3, Borlant published a lucidly eloquent memoir from Les editions du Seuil, “Thanks for Surviving” (Merci d’avoir survécu).

The book’s title reproduces a student’s comment to Borlant after a school presentation, part of his many efforts towards remembrance, including the much-praised 2005 French TV documentary, “The Survivors,” directed by Patrick Rotman. Woven through “Thanks for Surviving” is a discussion of the uses and misuses of language during the Holocaust, to facilitate persecution and as a defensive weapon for survival. Describing his 1942 arrival at Birkenau, Borlant notes that as soon as a prisoner was tattooed with a number, it was essential to learn that number “very quickly, in all the camp’s languages. If we did not understand immediately, our torturers brandished a sick which they derisively termed “the interpreter” (der Dolmetscher) with which they beat us. That’s how I started to learn foreign languages.”

Language remains an essential metaphor in Borlant’s narrative, even in retrospect, as he explains:

Speaking about hunger to people who have never experienced it is like speaking in a language which they are not able to understand.

Such comprehension was a matter of life or death, Borlant notes, since prisoners who survived “spoke German, if it was not their native language. Others spoke Yiddish and therefore understood German.” Borlant came from a Bessarabian Jewish family of literary accomplishment. His maternal aunt Fanny Beznos was a Surrealist poet whose work later appeared in 1998’s “Surrealist Women: An International Anthology” from The University of Texas Press. Sadly, though, Beznos’s literary talent did not save her, as she was murdered at Auschwitz in the early 1940s.

In 1945, Borlant returned home to Paris, where he found that his mother had survived, although most of her family had been murdered. Borlant records how his mother was surprised to find that in the three years since she last saw him, Henri had learned to speak Yiddish, and could now converse with her in that language. Yet “she pretended to be disappointed, gently teasing because I spoke with a different accent than hers. ‘Polack,” as she called it.”

Borlant reserves his acutest, still-fierce anger at the German “coded language” which was used to “camouflage” the facts of the Holocaust, even as it was burgeoning.

And listen to Borlant interviewed about his memoir in April by Laure Adler.