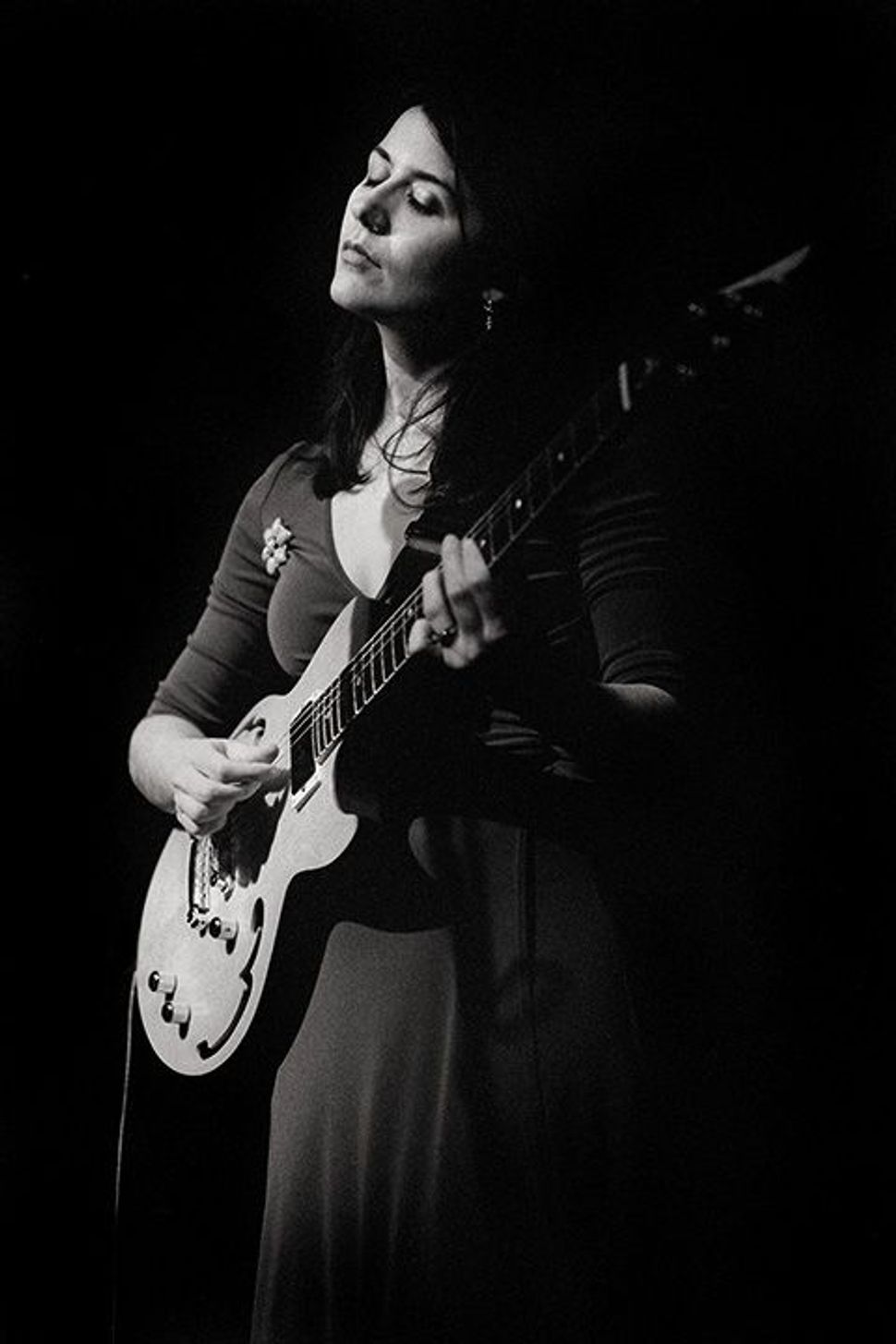 Taking eight short excerpts from Pirkei Avot, a compendium of rabbinical aphorisms, jazz guitarist Amanda Monaco creates a wise and playful interpretation of some serious material. She uses popular passages, such as Hillel’s saying, “If I am not for me, who will be? If I am for myself alone, what am I? And if not now, when?” as well as lesser-known teachings such as, “There is nothing more becoming a person than silence” and “Be a tail to lions rather than a head to foxes.”

As I listened, I wondered how the music conveyed the ideas behind the text. Even though I had translations of the Hebrew and Aramaic words, to me they registered mostly as sound. And because this is a jazz album, it’s the sound that matters most.

Israeli singer Ayelet Rose Gottlieb interprets the lyrics as though language were an instrument. The longest passage on the album is only seven lines and the shortest is just one. Singing a single line for an entire song sounds straining, but it works here. Gottlieb uses, to great effect, the vocal techniques that Semitic languages allow for — hissing and aspirating and cooing.

Monaco — who released “The Pirkei Avot Project” independently with donations from Rockethub, a crowd funding website — has also assembled a sturdy quartet with Daphna Mor on recorders and ney (a Middle Eastern flute), Sean Conly on bass and Satoshi Takeishi on floor percussion. Takeishi doesn’t use a bass drum and switches back and forth between using brushes and his hands, giving the music a light, floating quality.

In contrast, Monaco’s presence on guitar is barely felt. Her solos are short and unobtrusive, her accompaniment sparse. But this works in her favor as a leader. She lets Gottlieb’s voice come to the front on haunting —and sometimes jokey — melodies. The track “If Not Now, When” is a plaintive rumination with a beautiful ney solo. “Average, Peasant, Saintly, Scoundrel” is jumpy and goofy and theatrical with a stuttering rhythm.

Toward the end of the gypsy-ish “Now Is Eternal,” the music cuts out and Gottlieb enters unaccompanied, slyly elongating syllables in rhythm. Takeishi enters on brushes, and then Mor, singing — basically speaking — at a whisper, forming a weird and delicate braid of sound.

I didn’t always know what they were saying, but rarely have I heard fricatives and obstruents and sibilants expressed with such convincing intimacy and emotion.