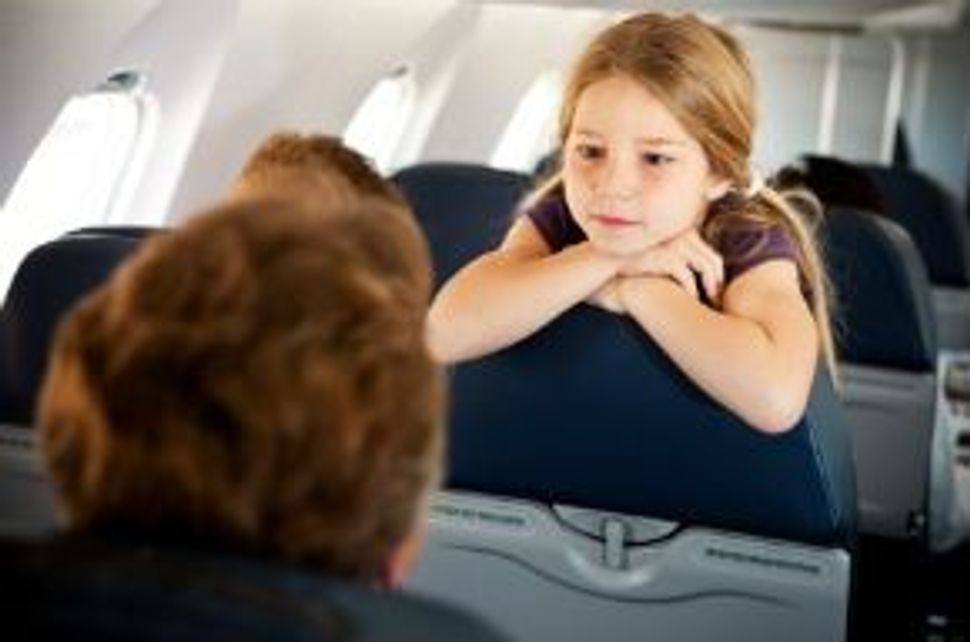 Those of us who are used to reading the latest entries from Rabbi Daniel Gordis on his “Dispatches From an Anxious State” blog were surprised over the weekend to see him posting on Facebook about a different type of anxiety. Instead of commenting on Zionism, Israel and politics, as he usually does, Gordis shared with “friends” his unease about flying in business class with other people’s children.

“Serious question. Does anyone know which airlines that fly between TLV and the NYC area do not allow children in business class? EL AL Israel Airlines USA does, and enough is enough. I’m told that other airlines might even transfer over my Platinum status, so if anyone know who doesn’t allow kids in business, please let me know,” the rabbi wrote.

Gordis got a variety of responses to his expression of his desire to get away from juvenile air travelers. Some people humored him by suggesting he try doses of Benadryl for the kids and scotch for him, while some thought noise-cancelling headphones would do the trick. Other respondents took an informative tack and told Gordis that they did not know of any airlines that banned children from business or first class. (Along the same lines, one guy said Gordis would have to buy up all the seats in business class himself to ensure none went to a child).

Others took Gordis’s “serious question” at face value and told him he should try to show some real compassion for parents with crying kids, who surely feel terrible about disturbing fellow passengers.

It would seem that Rabbi Gordis, who has written extensively about his concern about young American Jews’ connections to Israel, still wants them to travel to Israel — just as long as they are back in economy class and far away from him.