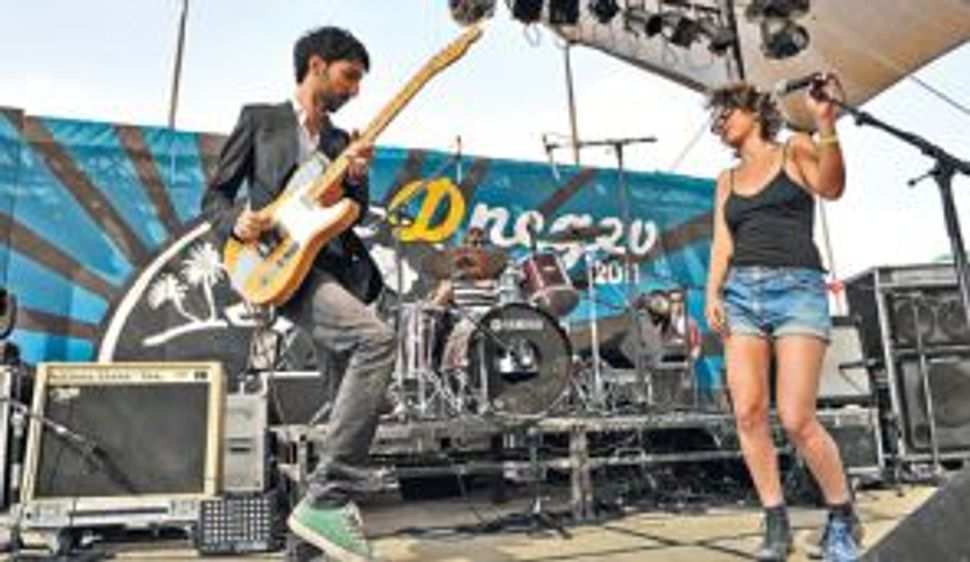 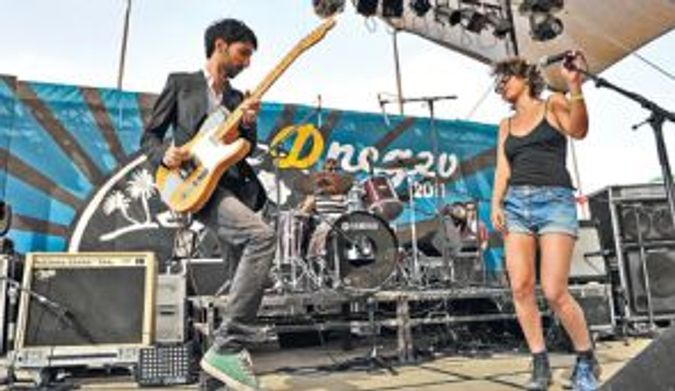 At the site of the festival there were billboards proclaiming “Indiemoment,” urging the thousands present to photograph what they were doing and what was going on around them at the same exact, predetermined times: 3:53 a.m. and 3:53 p.m. After the In-D-Negev Festival 2011 last week, the photos were sent to a pair of artists who will transform them into something that will attempt to capture the spirit of the event during those moments — both personal and collective. Here in a combined photo-text display is a single moment that lasted longer, and illustrates what a fantastic event the In-D-Negev was.

At 3:53 p.m. on Friday, the second and central day of the event — held from last Thursday through Saturday night in Mitzpeh Gvulot, west of Be’er Sheva — I was outside the festival complex in a nearby tent city. In one section of this enclave, an impromptu stage was set up: a sort of alternative to the alternative, the fringe of the indie. Bands not invited to perform at the festival itself performed there, some of them of a rather anarchist and uninhibited nature.