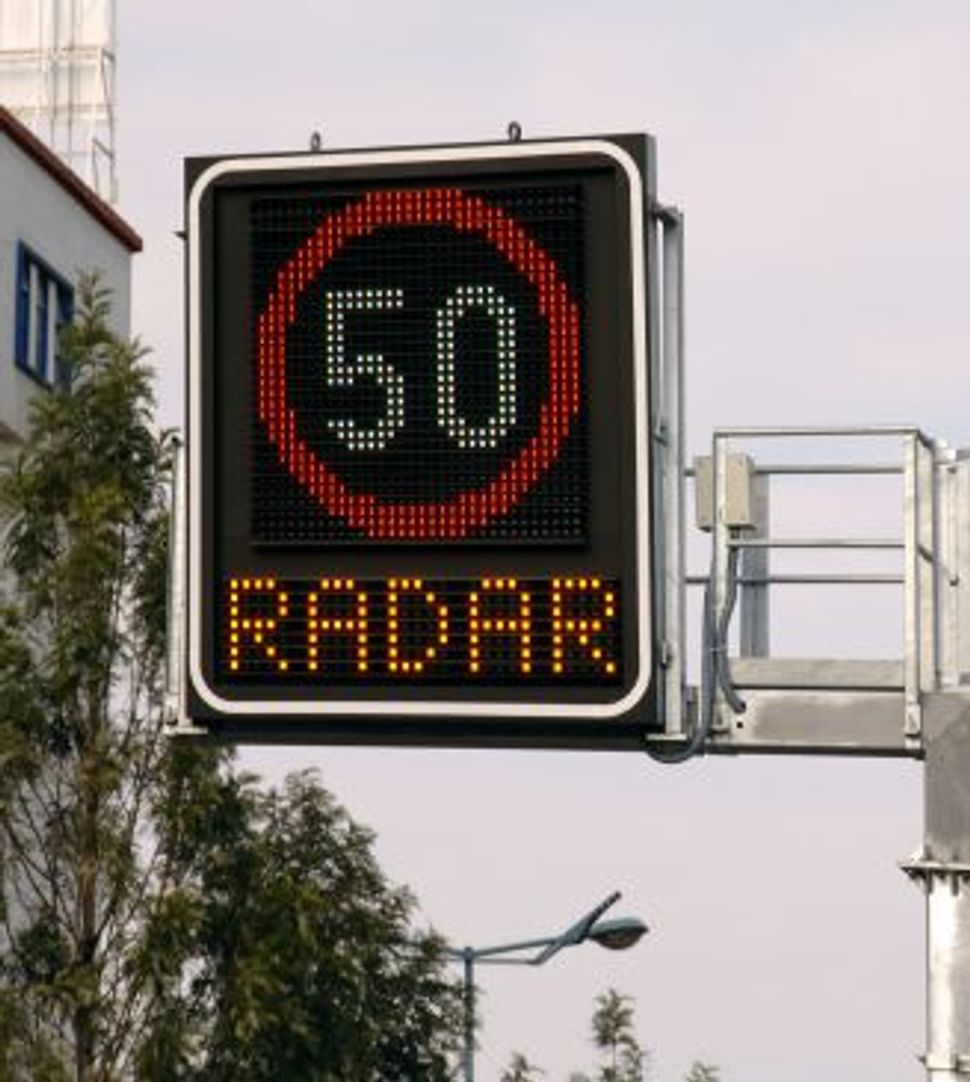 It’s the iPhone app that helps you to be a shloch. For Israeli teenagers who grow up attending schools with — how shall I put this delicately as the husband of a teacher? — loose discipline by international standards, the military police they encounter on their conscription to the army come as a shock.

All of a sudden they can be apprehended anywhere in the country if they’re not wearing their uniform according to regulation, or for a variety of other misdemeanors. Coming from schoolrooms where threats of punishments are rarely acted upon, they’re now in an army where the police officers mean business, and punishments are harsh.

A new iPhone app warns soldiers when they are coming close to a police officer in the same way that some GPS devices warn you when a speed camera is on your car route. It relies on subscribers who spot an officer reporting their sighting. Other users can then avoid the officer or check that they aren’t breaking any rules.

And who said that Israel’s high-tech geniuses only deal with minor matters like great leaps forward in medicine and historic progress in computers?