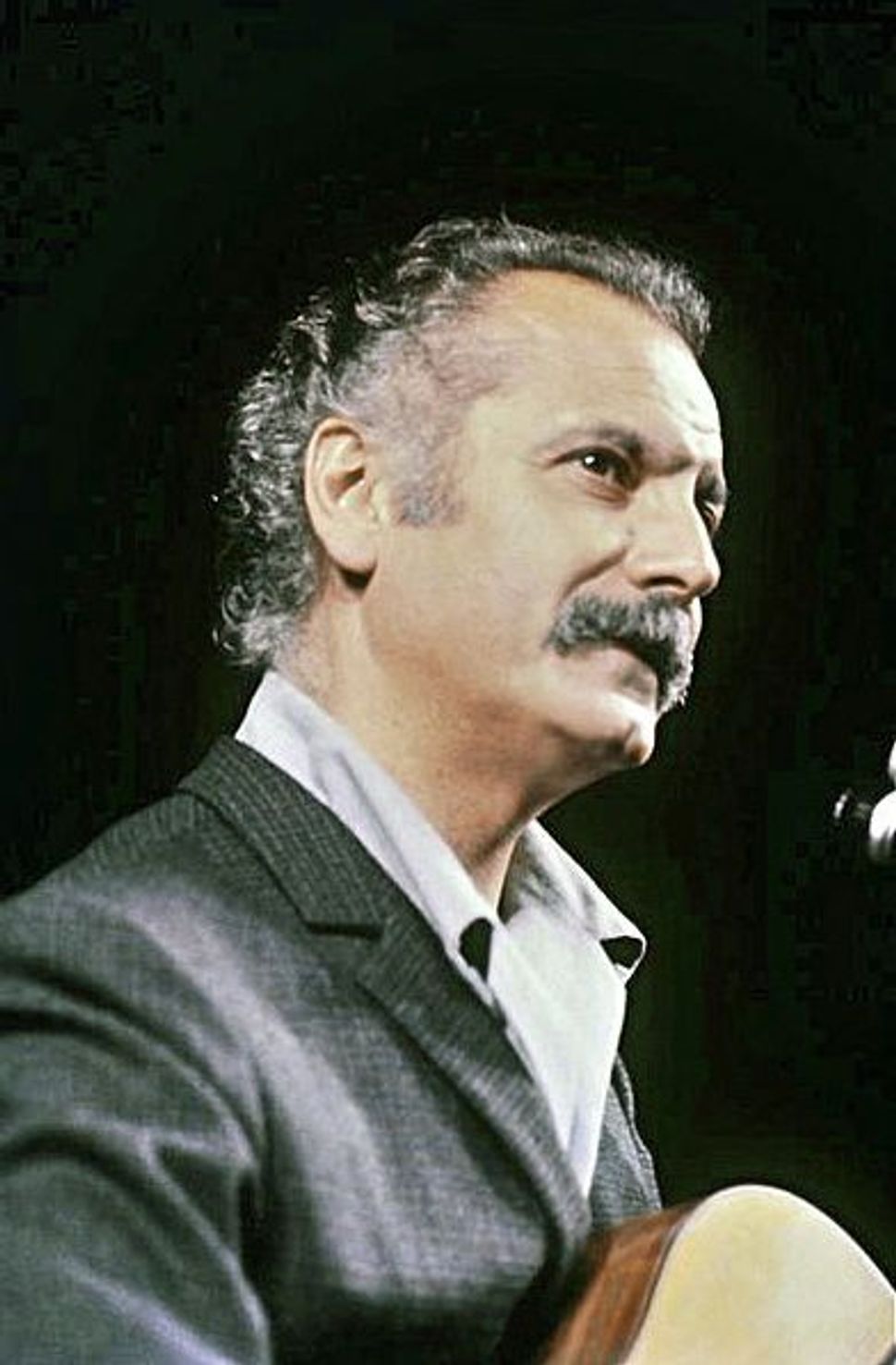 October 29 marked the 30th anniversary of the death of the warm-voiced, humane French singer/songwriter Georges Brassens (born 1921), and tributes have included a 19-CD set out on October 17 from Mercury/Universal, following the interrogatively titled study “Brassens?” by French popular song specialist Bertrand Dicale, out in February from Les éditions Flammarion.

Also receiving posthumous attention is Brassens’ Estonian Jewish love and muse, Joha Heiman (1911-1999), whom the singer met in 1947 and with whom he remained passionately attached until his death, although they never married or even moved in together. This apparent noncommitment turned out to be the sign of ultimate emotional commitment on the singer’s part. Brassens was inspired by his relationship with Heiman to write some of his best-remembered songs, such as “The Non-Proposal” (“La Non-Demande en marriage”), “Nothing to Discard” (“Rien à jeter”); “I’ve a Date With You,” (”J’ai rendez-vous avec vous”), and “Saturn” (“Saturne”).

In each, Brassens uses tenderly blunt poetic language to address Heiman, describing how she transforms his moods and behavior, and makes life possible for him by her ideal goodness. Perhaps most touchingly intimate is “I Humbled Myself (Before a Doll)” (“Je me suis fait tout petit (devant une poupée)”), about how the once-wild singer was tamed by love. The last-mentioned song alludes to Brassens’ own nickname for Heiman, Pupchen, a personal Gallicized variant of the affectionate slang term in German, Püppchen, meaning little doll, or just sweet little thing.

In 1930, at age 19, Heiman moved from her homeland to escape a captious stepmother and took a job as an au pair with a wealthy Parisian family. Among her responsibilities were to teach German to the children in her charge, but much as at home in Estonia, she witnessed violent domestic discords. Abandoning her duties as an au pair, she learned the equally humble trade of seamstress to support herself. After an unhappy early marriage, she met Brassens, whom she encouraged by constant moral support through many difficult years before his career took off.

To those who said that Heiman lived in “Brassen’s shadow,” she would reply that on the contrary, she lived “in Brassen’s light.” As we read in 2006’s “Georges Brassens and Jacques Brel: Personal and Social Narratives in Post-War Chanson” by Chris Tinker from Liverpool University Press, Brassens saw marriage as an institution which killed love, and fortunately he found a Jewish life partner with whom to share a love unconstrained by institutions.

Watch him sing about not marrying the Jewish woman he loved.

And watch the same song sung in Hebrew by the late Israeli Brassens devotee Yossi Banai, as translated by Naomi Shemer, the First Lady of Israeli Song.