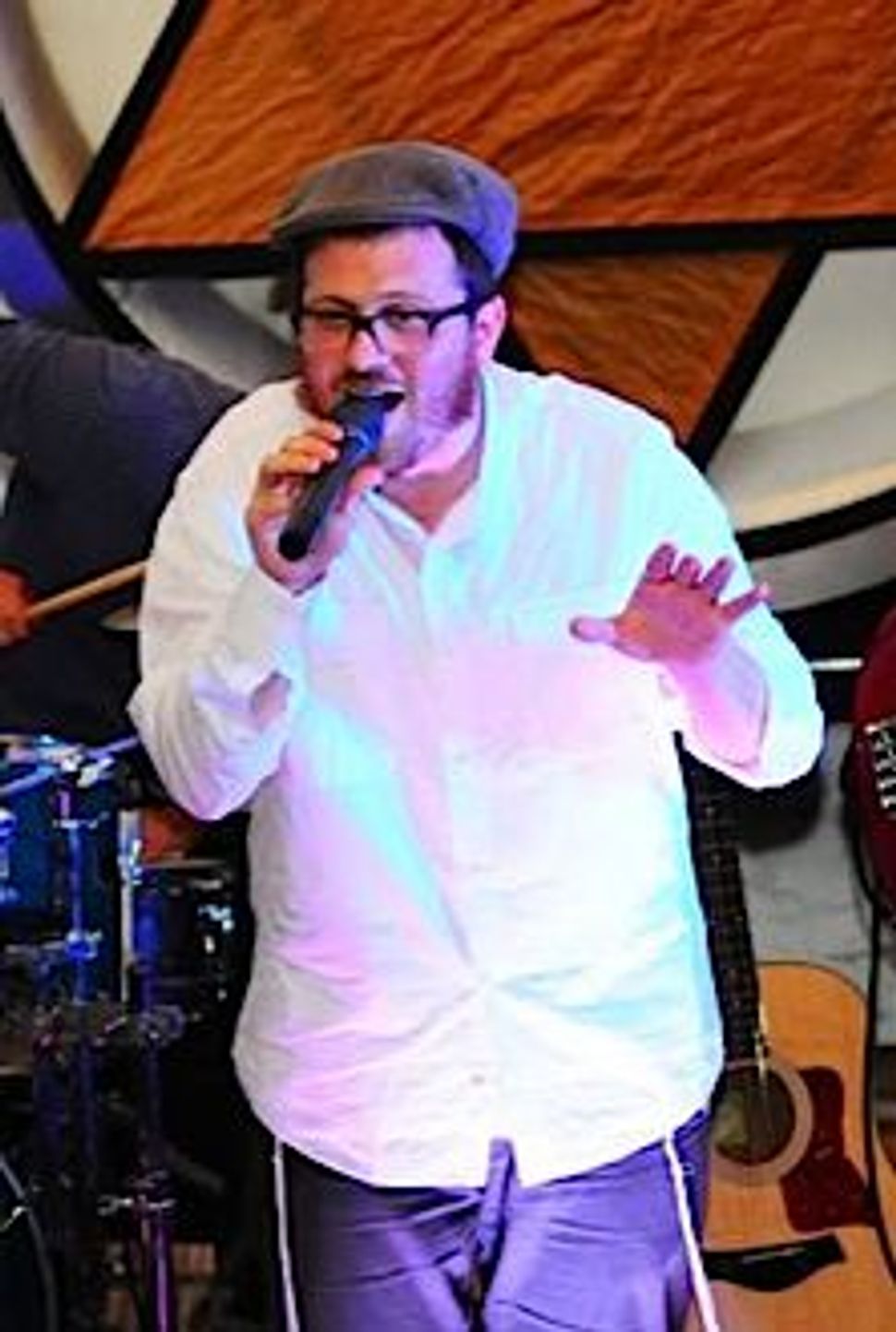 Image by Courtesy of Moshe Hecht

Track six, for example, “The Soul,” takes a funky bass line and “ooohing” blaxploitation backup vocals and uses them as the background for Hecht’s mystic narrative of a birth (“a soul descending into a body”). Around the halfway point, the track changes to a major key, and the guitar drops out for a propulsive violin solo. Hecht’s emotional vocals are at the front of the sound, but the instrumentation is extremely thought out.

Listen to ‘The Soul’:

“Master Of The World” use the same trick — a change in the song halfway through. Here, the thudding drops out, and a bright, ska flavored guitar establishes a Jamaican rhythmic feel, with the minor key melody managing to fit with both the folk rock and reggae backing. The plaintive lyrics (“entrust our neshamos in your pure and faithful hands”) sound good over the slow, insistent music.

On “Hamavdil,” Hecht sings a poem about Shabbat over a spanish-inflected acoustic guitar. His singing is well suited for a slow tempo, where he can draw out the syllables. Here, as on “Ke’ayal Ta’arog,” his use of Ashkenazic pronunciation and an almost cantorial singing style creates a meditative, old world atmosphere. When the same guitar line shows up for a few seconds on “Taste,” a funky, ’70s sounding song, Hecht’s Queens accent sounds a little bit out of place over the horns and electric guitar. Yet it’s impressive that he can compose in this many genres throughout.

The title track feels more natural. Over Dylanesque acoustic guitars and a folky violin, Hecht switches between English and Hebrew, joyously singing “We are so young,” before quoting Song of Songs: “I am sleeping but my heart is awake.” It’s the only song on the album which isn’t explicitly about religious issues (aside from a reference to the Shekhina). When Hecht sings “the voice of my beloved is knocking,” it’s as close to a conventional pop song as he gets.

Listen to ‘Heart is Awake’:

Hecht’s tendency to focus on spirituality can sound strange, as when he makes an R&B track without the implicit sensuality of the genre, or a funk track without the implicit aggression. But Hecht knows how to write a riff and how to construct a song, and aside from a few middlebrow numbers near the beginning, every track on this album has a memorable hook both lyrically and musically. If Hecht doesn’t have the sarcastic edge of Bob Dylan in his Christian era, or the apocalyptic fervor of Johnny Cash on his “American Recordings,” he does have a distinct way of writing, and a good sense of music. For a first album, that’s a lot.