If Not a Singer, Then an Actor 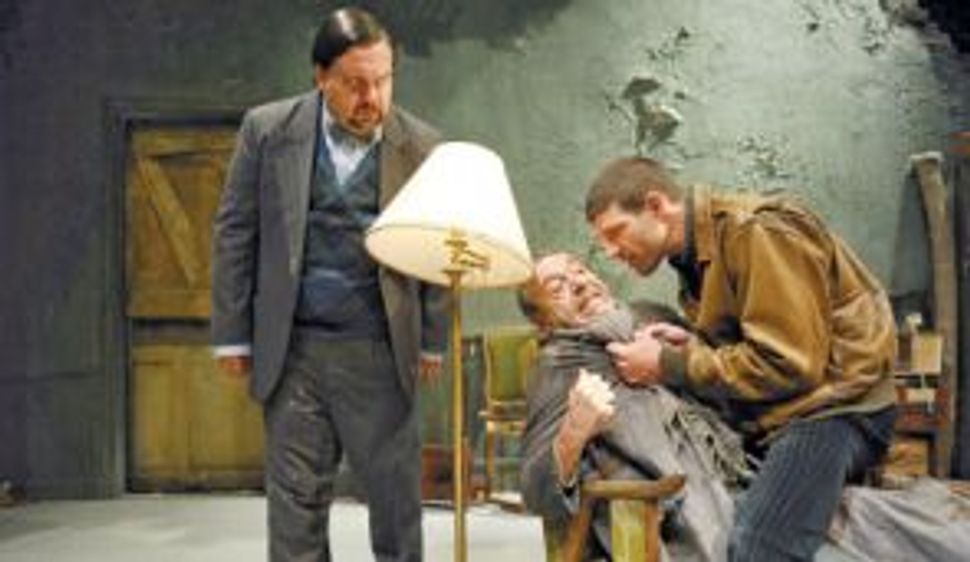 I admit that after 40-odd years of theater-going and formulating evaluations of what I have seen and publishing them (which obligates me to form an opinion and makes it hard to evade expressing it), I am not entirely certain what the role of the director is in a theatrical production. This question, which gives me some sleepless nights as a critic, arose with redoubled force after I watched the production of Harold Pinter’s “The Caretaker” directed by Yossi Pollak-Pasternak in Hall 3 of the Cameri Theater. 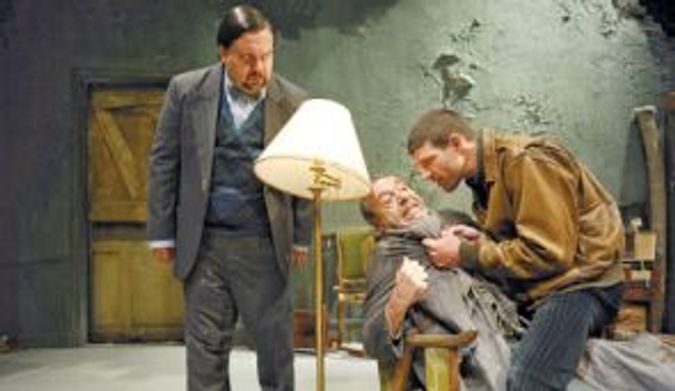 Pollak-Pasternak has spent most of his years on the stage as an actor. He has participated in great Nisism Aloni productions that have become nearly legendary (“Aunt Liza” and “The Gypsies of Jaffa” at Habima, “Napoleon, Alive or Dead” at the Bimot Theater). He has played Shakespearean roles (including Othello at Habima and King Lear at the Cameri). He was Yellow Spots in “Execution,” a special theatrical event of Hanoch Levin’s. He has played the leading role in acclaimed productions like “Bent” and “Strider” at the Haifa Municipal Theater or Isaac Babel’s “The Sunset” at Habima.

For his performance in “I’m Not Rappaport” at Beit Lessin he won the Theater Academy Prize for Best Actor. In the cinema, too, he has acted in an impressive series of roles that won him praise from reviewers and for several years now he has also been directing in the theater. Among other plays, he has directed “Othello” (the Moor was played by Juliano Mer and the production closed because Mer struck Desdemona in a non-theatrical way) and “Romeo and Juliet” at the Haifa Theater; “Orphans” and “Heroes” at Habima and now, as I have mentioned, “The Caretaker” at the Cameri.

If Not a Singer, Then an Actor