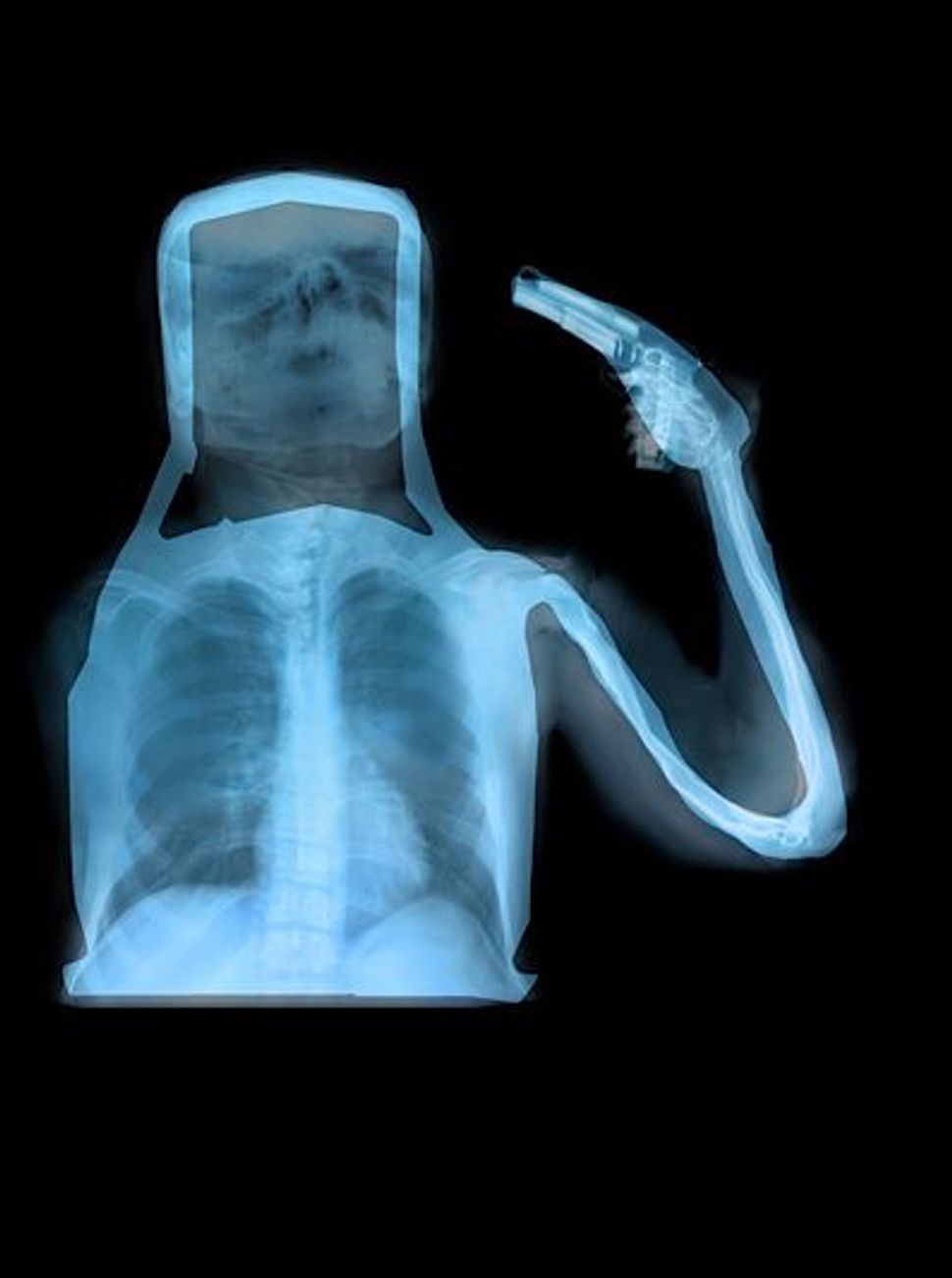 An online petition is calling for the censure of Saudi artist Ahmet Mater for his participation in an Israeli art exhibit, The Art Newspaper reports. Mater, who is also a practicing medical doctor, is a prominent member of the contemporary Saudi art group known as “Edge of Arabia.” His best-known work, “Prognosis,” is a series that has been acquired by The British Museum.

The recent controversy concerns Mater’s 2010 work, “Evolution of Man,” which is currently on display as part of “West End,” an exhibit at Jerusalem’s Museum on the Seam. The museum is “a socio-political contemporary art museum” which, according to its website, seeks to “raise controversial social issues for public discussion.” Mater’s work consists of X-ray images showing the transformation of a gas pump into a person pointing a gun to his head.

The petition against Mater, which is to be presented to Saudie government officials, followed a series of critical posts on his Facebook page and accuses him of seeking the “normalisation” of relations between Saudi Arabia and Israel.

According to curator Raphie Etgar’s introduction to the exhibit, “Westend” seeks to examine the struggle between Islam and the West that has re-emerged in recent years. The exhibit includes seven non-Israeli Middle Eastern artists two of whom — Mater and Egyptian artist Moataz Nasr — still live in their home countries. According to Etgar, a private American collector lent Mater’s work to the museum, not the artist himself.