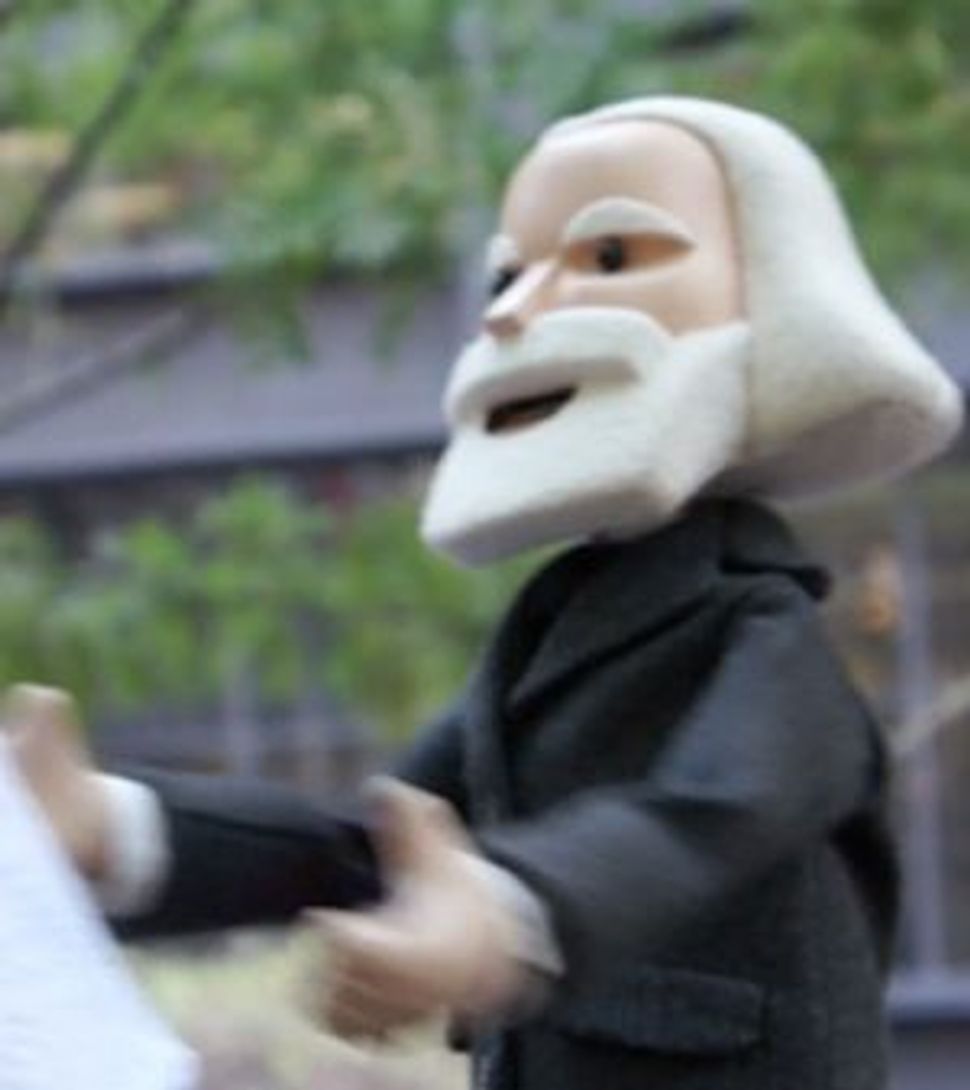 Image by Courtesy of Pedro Reyes 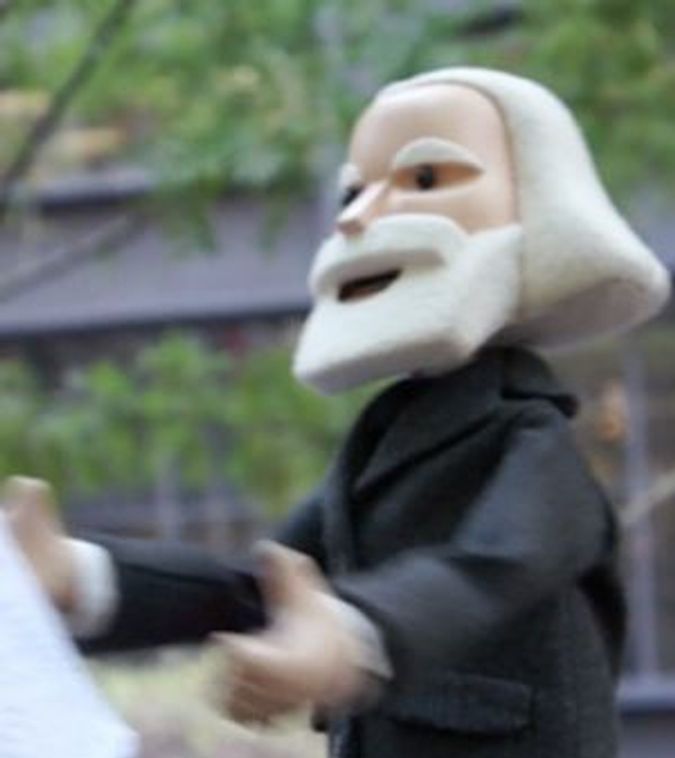 Image by Courtesy of Pedro Reyes

The puppet is the brainchild of Mexican artist Pedro Reyes, whose cast of characters includes Mao, Che Guevara and conservative economist Milton Friedman. In this case, scholars preferring the less scientific, early Marx will be pleased: It doesn’t get earlier than “Baby Marx,” as the artist has called him.

A film clip of the visit opens with Marx tripping over free market advocate Adam Smith, who is dozing in a sleeping bag in Zuccotti Park. They spar over the future of socialism. Smith soon takes the helm of a bank and becomes the self-described “treasurer of the movement.” Smith offers to print copies of Marx’s Manifesto and encourages Marx to go and “converse with the people.”

The pint-sized theorist of the proletariat proceeds to stand in the sun, declaiming updated snippets from “The Communist Manifesto,” including the slogan “Workers of the 99% unite!” But when Marx returns from reading, Smith has literally flown away, laughing and absconding with all the money.

In Reyes’s original storyline, the historical figures came to life when library books were placed into a kind of intellectual microwave. In one video, Smith and Marx stand in front of a Warhol painting of Jacqueline Kennedy Onassis. Smith turns to Marx and says with a deadpan delivery, “I do think you will like this a lot. It was produced in a factory.”

In another episode, Smith wants Marx to share his cookie, which is in crumbs on a plate. The diminutive dialectician replies that since Smith is a capitalist, he should buy his own. The Marxist concept of “alienation” then leads to screwball wordplay with references to extraterrestrial aliens making cookies and Mexican aliens in the kitchen.

Another humorous moment occurs when Marx upbraids Smith: “Are you texting while I’m talking to you?” “Yes,” the pro-business Smith replies, “Something you were saying reminded me that I wanted to buy half of Brazil.”

Asked why Marx came to Wall Street for the latest segment, Reyes said it was because “Wall Street is the Capital of capitals.” Reyes describes his puppets as “serious fun.” He wrote in an email, “I believe that jokes are the most effective way to deliver an idea.”

In an interview at the Walker Art Center, Reyes called puppets “the historical equivalent to political cartoons in the performing arts.” Michael Hardt, a professor at Duke University, elsewhere said that Reyes engages in the “personification of economic categories.”

The larger puppet community has lately been buffeted by economic turbulence, with Sesame Street introducing an impoverished Muppet named Lily, whose family struggles with hunger. Perhaps a visit to the set by the puppet Marx could be of help in addressing Lily’s economic plight.

Reyes’s other art includes a floating white pyramid reminiscent of the ideas of Buckminster Fuller. His conceptual work includes melting down metal weaponry into shovels that plant trees.

With puppetry, Reyes has enlivened economics, a field famously called by Thomas Carlyle the “dismal science.” Reyes allows viewers to look anew at this social science for themselves — with no strings attached.