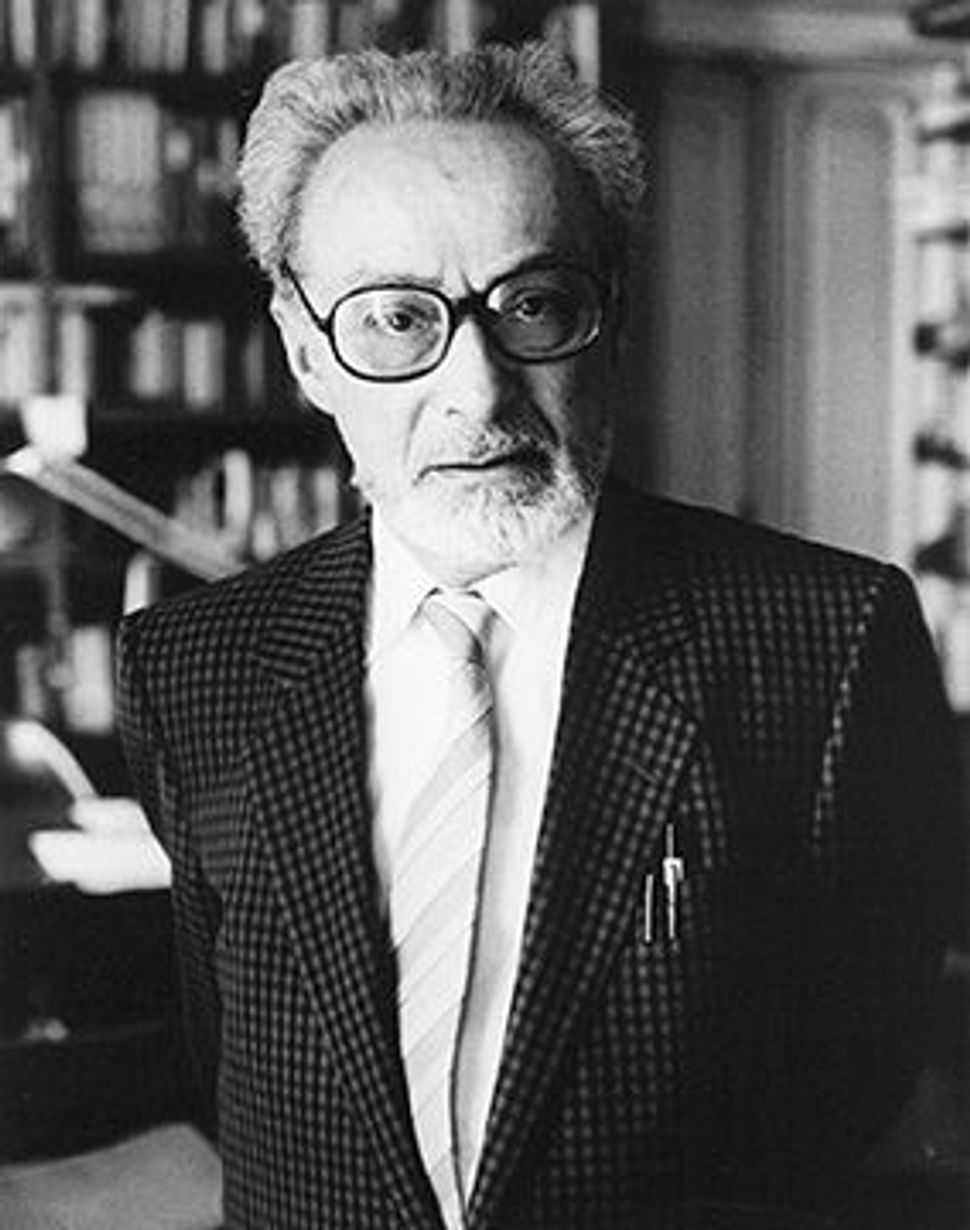 This year, New York’s Primo Levi Center reminds us of these other aspects of the life of its namesake by dedicating its annual forum to Levi’s writings on science. The forum opened on November 7 with a staged reading of “The Mark of the Chemist,” a short play that compiles passages spoken and written by Levi into a conversation with a fictional interviewer. The performance, which took place at the Museum of Jewish Heritage, was the play’s English-language premiere, and starred John Turturro as Levi and The New Yorker dance critic Joan Acocella as the interviewer, with live music by guitarist Marco Cappelli.

In her opening remarks, Italian Consul General Natalia Quintavalle stressed the importance of the play — and by extension, this year’s forum — in helping viewers understand how science shaped Levi’s view of humanity. Any reader familiar with his work will know that it affirms as much, from his buoyant humanization of a carbon atom in the final chapter of “The Periodic Table” to the harrowing experience of taking a chemistry examination at Auschwitz recounted in “If This Is a Man” (titled in its English translation as “Survival In Auschwitz”). That test was administered by a “tall, thin, blond” man named Dr. Pannwitz, about whom Levi writes:

When he finished writing, he raised his eyes and looked at me…. [T]hat look was not one between two men; and if I had known how completely to explain the nature of that look, which came as if across the glass window of an aquarium between two beings who live in different worlds, I would also have explained the essence of the great insanity of the third Germany.

These are powerful words, in part because they position Levi as both a specimen, on display inside an aquarium, and as a scientist, attempting to extrapolate a larger theory from a test case. They are moving words, but also incredibly simple and clear: They reflect the mind of a rational thinker. In fact, Levi used the weekly factory reports he produced as manager of a paint factory as his model when crafting “If This Is a Man.”

Fortunately for Tuesday night’s audience, both the encounter with Dr. Pannwitz and the tale of the carbon atom are included in “The Mark of the Chemist.” During the former episode, Turturro channeled the subtle intelligence and the quiet, steady energy of Levi’s written persona, and the words gained an added poignancy as they floated from the actor’s mouth into the ether. At such times it felt as if Levi had written his prose just so it could be read aloud — so it could hang in the air over a rapt audience.

But Turturro also stumbled, often tripping over both complicated and basic scientific terms. Coming from such a talented actor, this was disappointing, and it called into question his understated portrait: Was he being subtle, or was he simply unprepared? For her part, Acocella, while clearly a devoted Levi admirer, as her 2002 essay “A Hard Case” attests, lacks much in the way of stage presence. She asked her questions well enough — one assumes she’s had plenty of practice, as a journalist — but contributed little to the piece. Cappelli’s music, alternating between melodic Italian guitar riffs and more ominous notes and tones, infused a welcome bit of drama into the otherwise bare-bones production.

Overall, it’s hard to know what to make of “The Mark of the Chemist.” Many of its transitions feel jumpy, the interviewer’s questions often seeming like non-sequiturs contrived to set up certain passages from Levi. Which isn’t necessarily bad, except when the production is — as this one was — a little too sparse to pull its own weight. There were moments when Levi’s words jumped to dramatic life in the hush of the auditorium; then there were others, when one contemplated the prospect of being home, curled up alone with Levi’s thoughts and one’s own.