Where Is the Occupy Wall Street Sitcom? 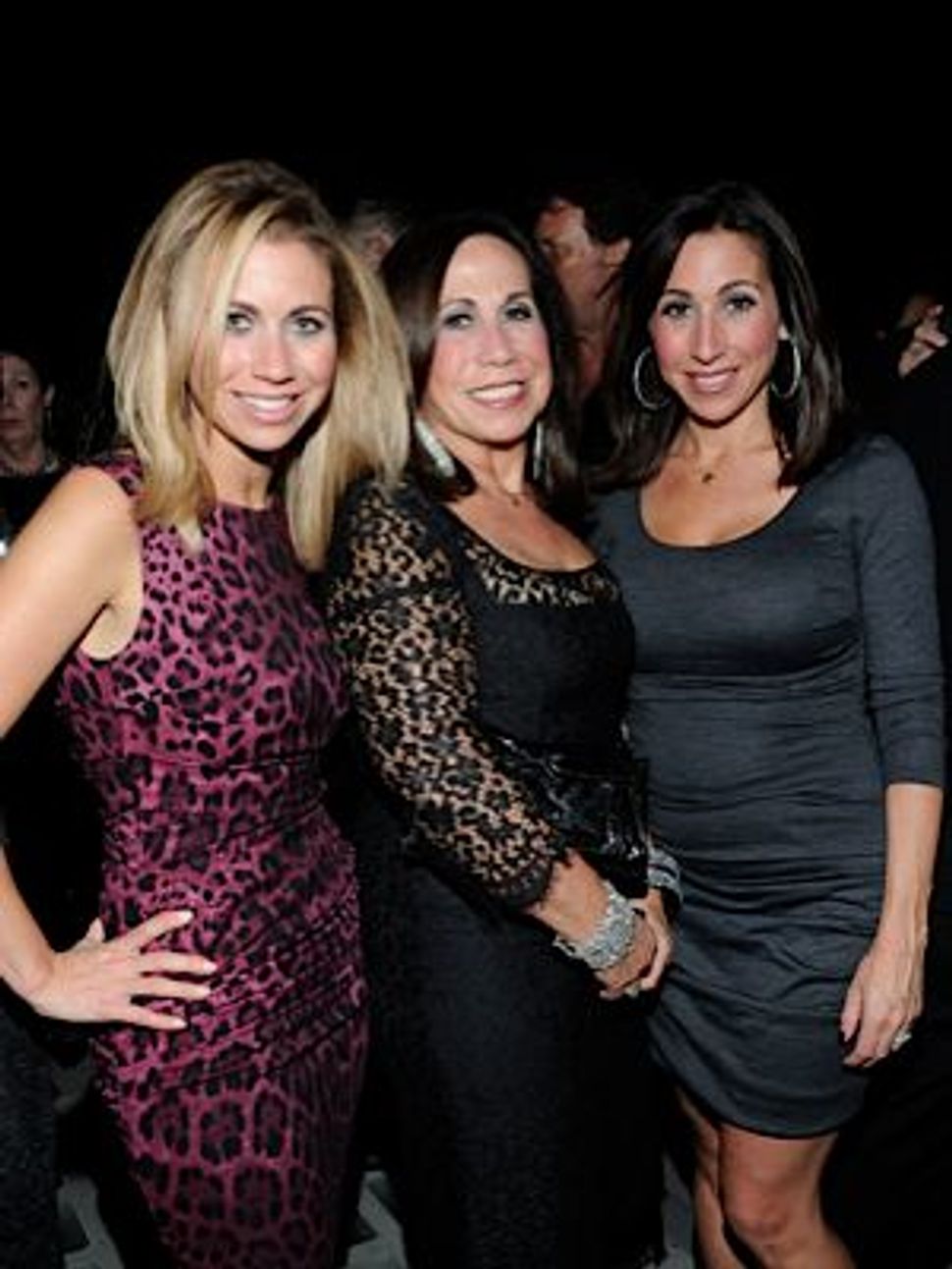 “Selling New York,” HGTV’s hit show about luxury real estate and boutique brokerage firms, largely succeeds as escapism. When it isn’t affirming the idea that New York real estate is still one of the most Jewish professions on the planet, “Selling New York” takes viewers into fantastic, glimmering spaces that they would otherwise never get to see: classic wood-paneled nine-room apartments on the Upper East Side; converted spaces with unique fixtures; sleek steel and glass condos with amenities like in-house massage services. The apartments and homes on the show — and the astronomical prices they fetch — are so far removed from the national real estate market that you can watch “Selling New York” and escape into a world where the solution to the problem of “How do I sell a $23.5 million apartment in DUMBO?” is to throw a fabulous cocktail party.

But lately I’ve found it almost impossible to watch the show without thinking of that great New York real estate story of the past few months: the tent city of Occupy Wall Street and the transformation of the previously obscure Zuccotti Park into an international landmark. Certainly, Zuccotti Park is shorthand for many Americans’ anger at income inequality and the collective frustration that the biggest beneficiaries of the subprime boom have gone unpunished while millions of people have lost their homes to foreclosure. But what happens next? When Occupy Wall Street ends — whenever that is — how will the story of Occupy Wall Street and Zuccotti Park be assimilated into the larger narrative of New York City? Will Occupy Wall Street become just another way of selling New York, a distinguishing feature for brokers to point to when they show apartments in the financial district? Will Zuccotti Park become Union Square in miniature?

I ask this in part because of a series of blog posts by Alyssa Rosenberg at Think Progress on the way we’ve portrayed the financial crisis on TV, in film and in literature. To be blunt, we haven’t. Television movies like HBO’s “Too Big to Fail” covered the government’s initial dealings with the banks, but no production of any prominence has attempted to dramatize the unemployment crisis and the incredible human tragedy of the great recession.

The closest thing we have to a show that expresses anger at Wall Street is ABC’s “Revenge,” a series about a woman who seeks vengeance on her father’s former business associates for framing him for terrorism, a plot loosely based on “The Count of Monte Cristo.” Connecting this to the financial crisis is a stretch, but that’s precisely the point: What happened during the financial crisis is so hard to describe, let alone turn into the stuff of compelling fiction, that it’s easier to channel that anger into a straightforward revenge fantasy than to explain why it’s wrong not to disclose to clients who was responsible for structuring a collateralized debt organization. The bankers on “Revenge” are the villains because they framed a man for terrorism — not because of anything they did in their jobs.

In response, Rosenberg has seized on anything on TV or film resembling socio-economic commentary. Over the past fortnight she’s called the Justin Timberlake-Amanda Seyfried movie “In Time” “a radical statement on income inequality,” acclaimed “Margin Call” as a movie that “gets at the core challenge of getting the 99% and 1% percent in conversation,” and singled out “2 Broke Girls” as the closest thing we have to an Occupy Wall Street sitcom.

Rosenberg is one of our best pop culture writers, and all of her posts are worth reading in their entirety, but the one on “2 Broke Girls” really cuts to the core of the problem: TV’s overwhelming focus on wealth. Rosenberg highlights a recent episode wherein the formerly-wealthy Caroline (Beth Behrs) explains to Max (Kat Dennings) why it’s important to pay her student loan debt, and Max in turn explains to Max why making a small amount of money though hard work is a good thing. She writes:

2 Broke Girls isn’t going to single-handedly upend television’s obsession with wealth, and the networks’ attachment to aspirational programming. But if it manages to make financial responsibility, earning your own money, and paying off your debt seem more admirable than being the 1 percent, it’s making a contribution that shouldn’t be totally dismissed.

Rosenberg is right that “2 Broke Girls” is the only show on TV that centers on the immediate plight of the Occupy Wall Street demographic, and one of the few prime time shows that focuses on anyone struggling — but does it actually do a responsible job of it? Her reading strikes me as wishful thinking. Max and Caroline raised the money to pay off Max’s student loan debt by throwing a ridiculous hipster-exploiting party at the diner where they work. Sure, this could happen: New Yorkers love parties in weird places. But it says nothing about the larger issue of student loan debt. Max only incurred a few thousand dollars in debt, while we as a society have asked people to take out hundreds of thousands of dollars in loans for college and graduate school. Solving Max’s debt problem through a quasi-get-rich-quick scheme trivializes the problem even as it acknowledges its existence.

But the real issue with “2 Broke Girls” is that the show is less a sociological study of how “broke girls” live and more a celebration of the entrepreneurial spirit. Caroline tries to do whatever it takes to make it back into the 1%, and the show accepts that this is possible — that anyone with a can-do attitude and some talent will eventually succeed. I suspect that as it goes forward “2 Broke Girls” will wind up being a lot like HBO’s “How to Make it in America,” and that Max and Caroline’s struggling waitresses, like Ben and Cam’s struggling designers, will soon find success. When it comes down to it, fans want their favorite characters to win and financial suffering is a downer (see the disappearance of Marshall and Lily’s debt problems on CBS’s “How I Met Your Mother”). Perhaps the more interesting question facing these two shows is, what’s the proper balance between struggle and success? Or, how not broke can you be in a show about broke girls? For what it’s worth, the class-consciousness of these shows is no reflection of their quality. “How to Make it in America” is having a breakout season, while “2 Broke Girls,” is so-so, overly jokey, and — Rosenberg is totally right on this point — racist.

It’s a real question whether mass media will ever directly engage with the human tragedy of the financial crisis. T. W. Adorno thought that radio (and television, by extension) was a means of social control for the ruling classes, and subsequent theories only partially mitigate this idea. There’s a better chance in independent film, as the newly released “Margin Call” demonstrates, but even the movie falls too easily into caricature and false equivalency, and besides, there’s a long history of anti-Wall Street stories being interpreted as celebrations of unbridled capitalism, like “Liar’s Poker” and “Wall Street.” What we have instead is new media. The “We Are the 99%” Tumblr is the story of Occupy Wall Street which has had an unexpected, real impact in spreading awareness of social problems.

Arguably, people who want to understand the Occupy Wall Street movement might be better served by reading books written by the members of the 1%. To misread Georg Lukács, you can often learn more about the class system through unintentional revelation than by direct portrayal. While “Selling New York” is somehow escapist, the spin-off novel, “Hot Property,” written by three of the brokers on the show, Michele, Samantha, and Sabrina Kleier, is anything but. Class and crisis are everywhere and nowhere in this novel. The book explains that the market for apartments below $2 million has suffered, but things are the same as ever in the high-end world, and maybe even better. The broker reviewing a co-op purchase expresses horror at the fact that a potential buyer lost $800,000 in 2008 without any acknowledgment of the broader economic circumstances and, though this may seem trivial, one of the brokers claims that the best salad in New York is Bergdorf Goodman’s Gotham salad. Each page presents a litany of designer goods that makes it impossible to escape the materialism of their world. “Hot Property” is “American Psycho” minus the irony and the murder, and an unintentional indictment of the system that enables these massive displays of wealth.

Ultimately, I wish I had a better answer for Rosenberg. (Mostly I just wish “2 Broke Girls” was a better sitcom. The show completely wastes Kat Denning’s talents.) As successful as We Are the 99% is, there’s still a place for great fictional representations of the financial crisis, but it’s hard to see a sitcom filling that role. The Great Depression film “Sullivan’s Travels” satirized the desire of a comic director who wanted to make socially responsible movies. The director explores the life of poverty and ultimately decides that he can do more as a comedian by entertaining those who are down than by directly advocating for their cause. Sitcoms jump to the moral of “Sullivan’s Travels” without worrying about the way there. That’s just what a sitcom is. At least Occupy Wall Street causes us to look at some of them differently.

Where Is the Occupy Wall Street Sitcom?