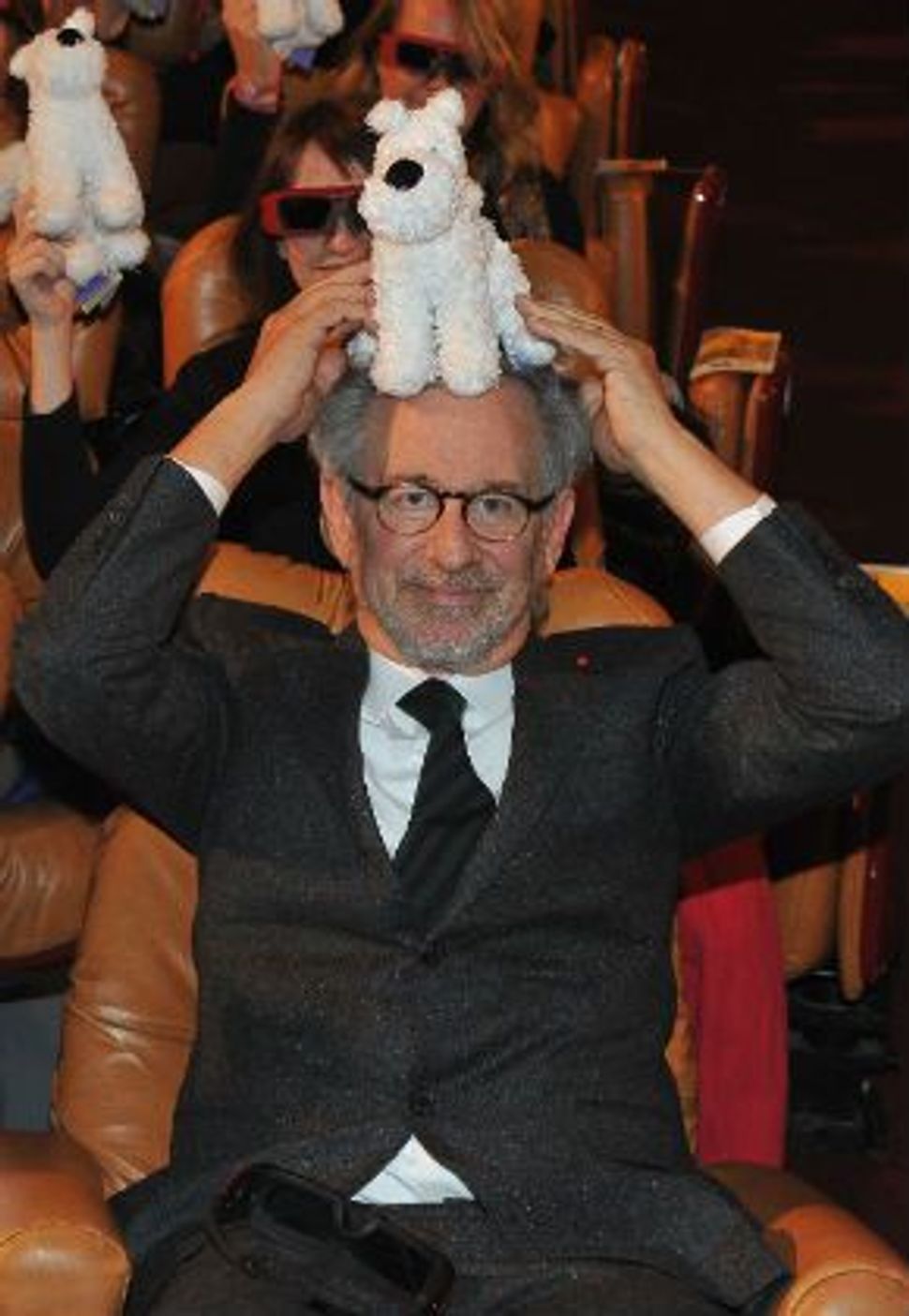 It’s not quite worthy of a Sherlock Holmes story, but the mystery continues: Who censored Steven Spielberg’s name at a movie theater in Lebanon?

In a piece picked up by The Washington Post, the country’s Blog Baladi reported yesterday that the director’s name had been covered up on a poster for his next movie, the kid-friendly “Adventures of Tintin.”

“I guess that we shouldn’t mention or see his name since he’s Jewish,” Blog Baladi wrote, “but we can go ahead and watch a movie he produced. I wonder whose decision this was: Cinema City or the government?”

A day later, no one is claiming responsibility for the anti-Spielberg activism. The government’s General Security Directorate and the theater each blamed the other for covering up the director’s name. “Nevertheless,” Blog Baladi commented today, “what matters is that the name is no longer censored (even though I have to see it to believe it).”

The Washington Post notes that Spielberg was the subject of an Arab boycott after the Oscar winner donated $1 million to Israel during the country’s war with Hezbollah in 2006.

Interestingly, The Shmooze notes, Lebanese movie theaters plan to show the horrendous-looking “Jack and Jill,” in which a cross-dressing Adam Sandler plays twins with the presumably Jewish last name Sadelstein. If donations to Israel are a problem, Sandler should watch out: In one of the odder acts of philanthropy in recent memory, the comedian donated 400 Sony Playstations to Israeli victims of the 2006 war with Lebanon.