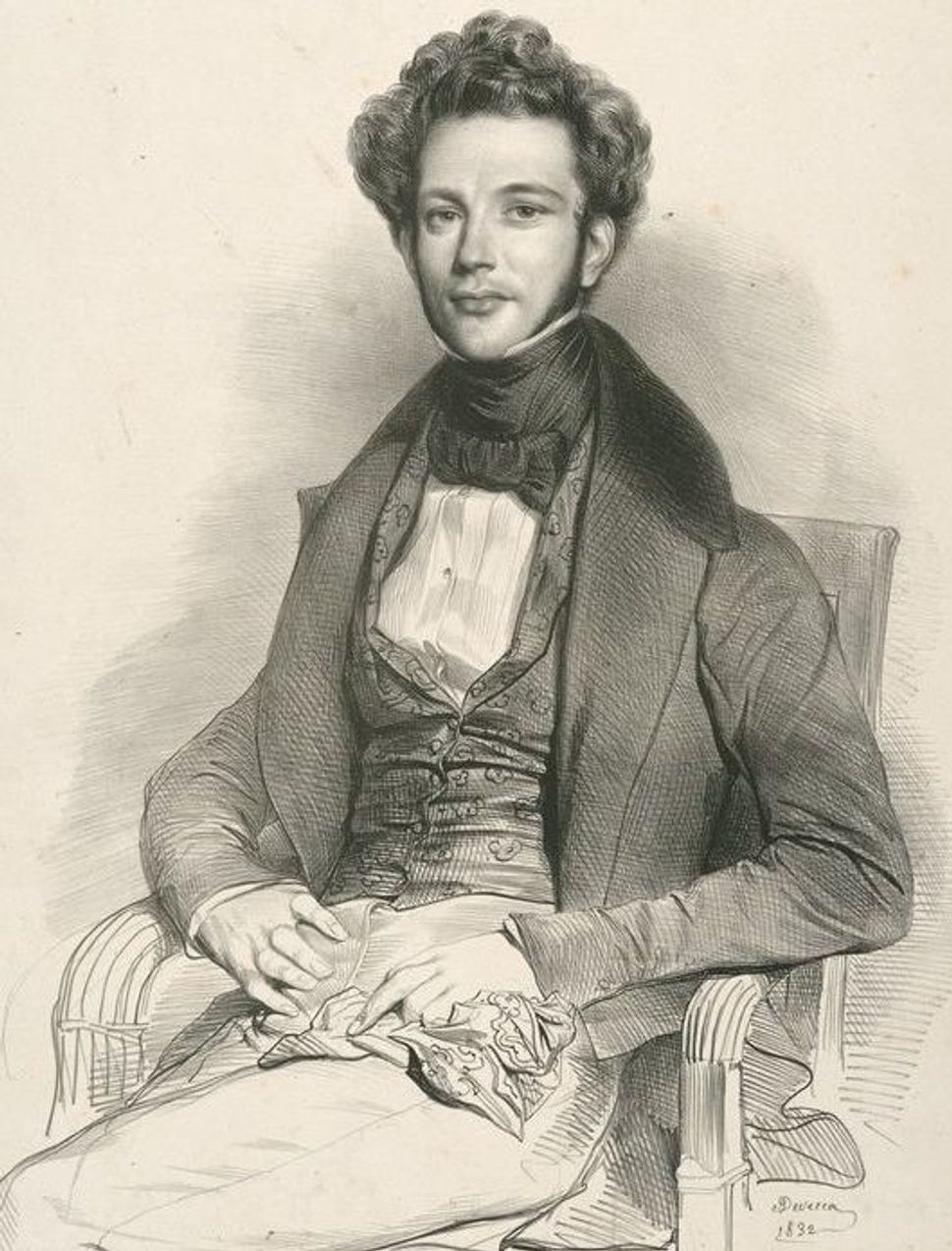 Born Heinrich Herz in Vienna to a Jewish family, he composed gracious high-society music which has been recorded by recent keyboard notables such as Earl Wild on Philips and Vanguard CDs; Phillip Martin on Hyperion Records; and Howard Shelley, also on Hyperion.

In the spring, Les Éditions de l’EHESS published “Henri Herz, Piano Magnate.” Written by musicologist Laure Schnapper, it is a lively, sympathetic account of the challenges a traveling Jewish virtuoso faced in Europe of the day. Schnapper quotes an 1845 Paris newspaper article announcing one of Herz’s concerts, which claimed mockingly that Herz “swears by the staff of Moses and King Solomon’s Ring that his concert will indisputably be the finest of all possible concerts.”

Yet Herz became one of the very rare German Jewish musicians to become well-assimilated in Paris society, as described in a welcome new edition of Arthur Loesser’s scintillating “Men, Women and Pianos: A Social History” from Dover Publications. The innately genteel delicacy of Herz’s compositions may have played a key role in this assimilation. As one 1869 music writer observed, Herz’s pieces are “full of feminine grace which seduces more than it impassions” listeners.

Because of his Judaism, Herz was not considered eligible for aristocratic patronage — unlike such contemporaries as Chopin and Liszt — so he focused instead on appealing to the middle classes, as performer, teacher, and piano vendor. An 1838 Paris newspaper article lampooned Herz’s 30-minute lessons, which he allegedly gave while “drinking, walking, and lying down.” The article further charges that Herz spends the first ten minutes of every lesson arranging his necktie and hair curls, the next ten minutes checking his pocket watch, and the last ten minutes offering professorial advice, while “still arranging his locks of hair.”

Among Herz’s acutest critics was Felix Mendelssohn, who compared an 1833 Herz concert to watching “tumblers or tightrope walkers,” whereas poet Heinrich Heine wrote in 1843 that artistically speaking, Herz “belongs to the world of mummies… he has been dead for ages.”

In fact Herz died in 1888 in his mid-80s, which allowed time for an 1846 tour of pre-Civil War America. To his credit, Herz recorded his horrified impressions of seeing slaves for sale at Charleston, South Carolina, and wrote American-flavored works inspired by, as he spelled them, the “banjoo” and “Yankee Doudle.”