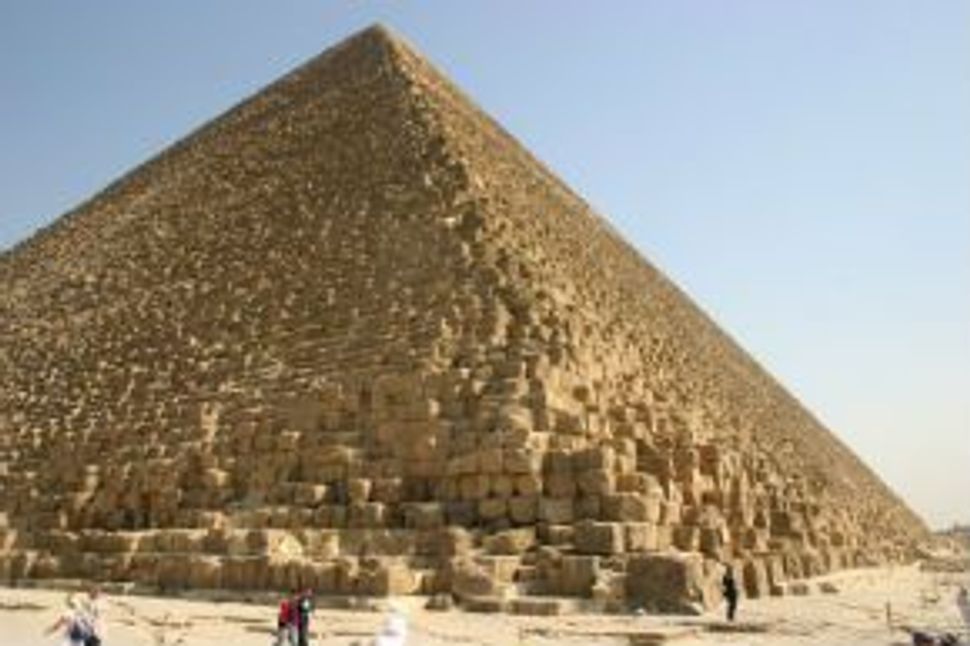 Did Egypt close its Great Pyramid last week over fears of a “Jewish” plot?

That’s one of the rumors circulating in Cairo after the country’s antiquities authority cut off access to the Cheops pyramid Friday. Local media had put out “unconfirmed reports” that unnamed groups planned to perform “Jewish” or “Masonic” rites at the pyramid that day.

The Shmooze can’t speak for the Masons, but the theory about Jewish misuse of the pyramids strikes us as dubious. First of all: there are barely any Jews left in Egypt. Second of all: the inspiration for the would-be ceremonies — Friday’s date of 11/11/11 — wouldn’t have had any significance for religious Jews, since the date comes from the Christian calendar.

Whatever the true reason, the antiquities authority denied that Jews or Masons had anything to do with its decision. A last-minute press release issued Friday cited “necessary maintenance” as the purpose of the closure.