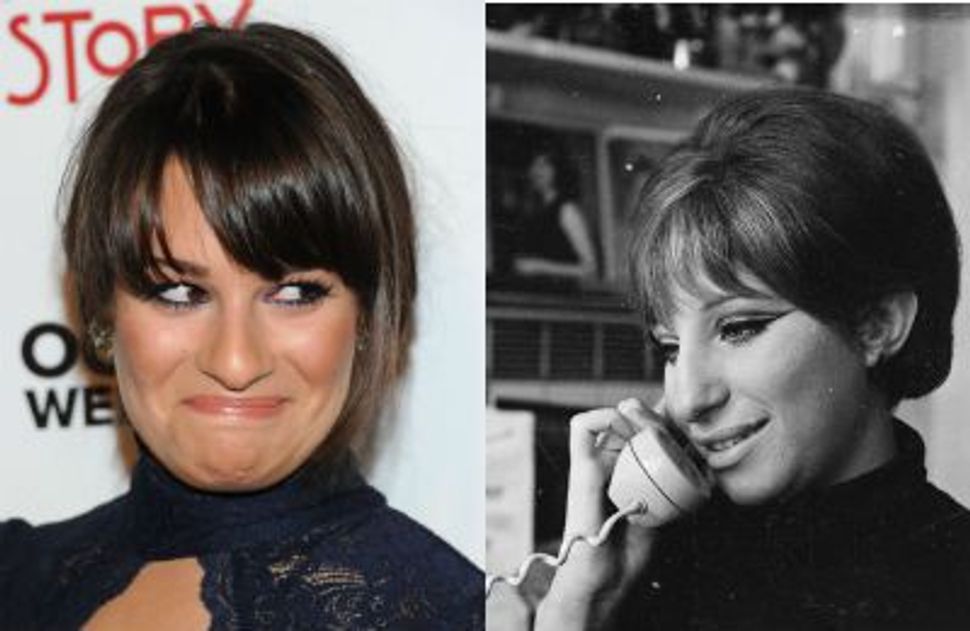 Barbra Streisand may have been slightly disappointed with Jennifer Aniston’s smooth-nosed “Funny Girl” homage, but at least she can take personal credit for Lea Michele’s distinctive schnoz.

“My mother would say to me, ‘Barbra Streisand never got a nose job. You’re not getting a nose job,’ ” the “Glee” star says in the latest issue of Allure magazine.

The half-Jewish Michele should be glad she didn’t: In addition to adding a bit more personality to her beautiful face, the decision to skip surgery may have preserved the voice that’s served her so well on Broadway and TV.

Michele tells Allure that an early manager suggested surgery to change her nose. Too young to know who Streisand was, the actress nevertheless sensed the role Streisand had played in redefining what talented singer-actresses can look like.

“This was before I really even knew who Barbra was,” Michele says. “I just knew that she was, like, the messiah for girls like me.”