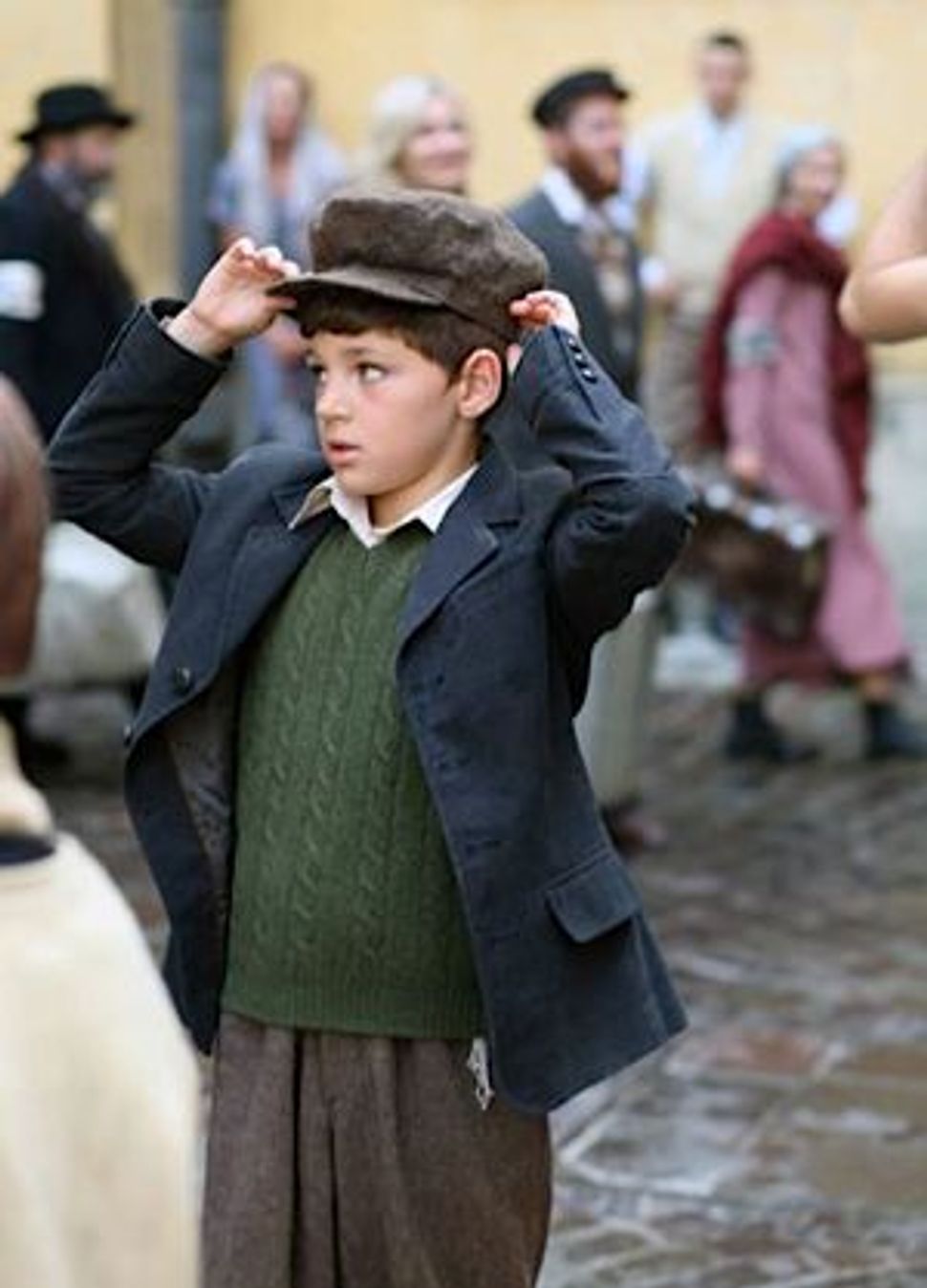 The noted “second generation” author Thane Rosenbaum has rejected the label “Holocaust writer,” saying that Holocaust narratives can only be written by those who personally lived through its horrors. He’d probably say the same about Holocaust music videos — that is, if he could even wrap his head around the notion of such a thing.

Yesterday, Sparks Productions released a slick promo for a Kickstarter fundraising campaign for its Holocaust music video project. Its young producer is seen and heard saying that the video, “Rainbow in the Night,” is necessary because “raised in the age of technology, today’s youth have little patience for large volumes of history, yet there is no question that the memory of those who died must be kept alive.” She says there is great concern about the rising level of Holocaust denial.

So what’s the way to combat that? Better and more far-reaching high quality and in-depth Holocaust education? Of course not. The solution is to make a Holocaust music video. And not just any Holocaust music video, but one shot on location in Krakow and Lublin in Poland, and also at the Majdanek concentration camp. A cast of dozens in period costumes and death camp striped uniforms recreates scenes of pre-war Jewish life, the horrors of the camps, and the moments of liberation. All this is set to a slightly Yiddish-accented male voice singing a shmalzty ballad with simplistic lyrics like, “When all was dark and all was sad, and though my strength all was spent. Everyday like the next, every breath might be the last.”

The video’s director is Danny Finkelman, who it seems has been involved in making a number of music videos primarily for the Orthodox market, including one in the fall of 2010 titled “Unity,” which served as public relations tool and fundraiser for the Sholom Rubashkin defense fund.

Now, “Rainbow in the Night” wants to “bring the Holocaust to YouTube.”