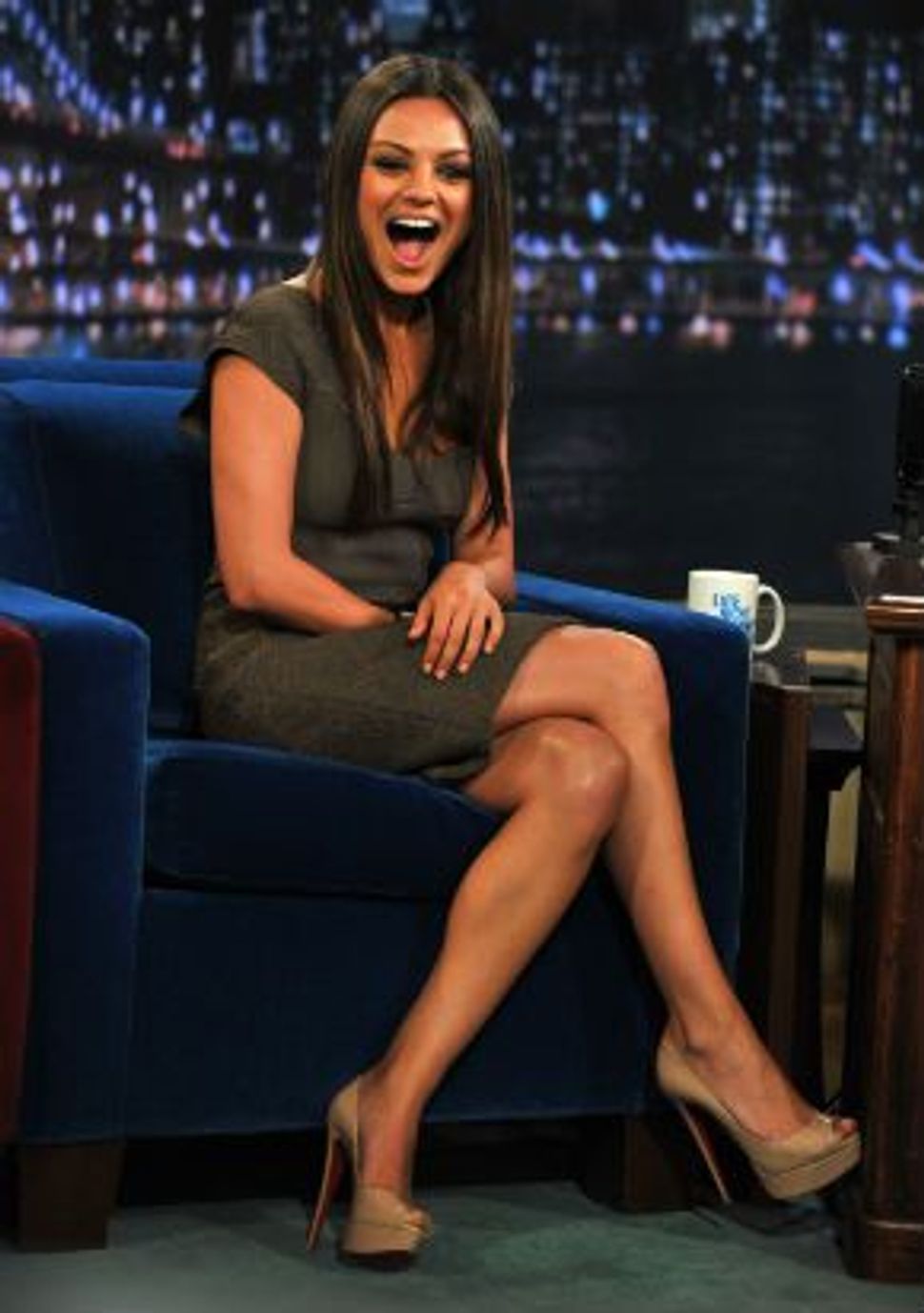 With that leaked-photo scandal behind her, Mila Kunis can bask in the glory of being officially dubbed “Knockout of the Year” by GQ.

The GQ photo of Milena Markovna Kunis (a native of Chernovtsy, Ukraine — which was part of the USSR when she was born) features the actress posing seductively on a backyard swimming pool diving board in nothing but heavy eye makeup, a white tank top, orange bikini bottoms and a pair of high-heeled silver sandals.

Michael Idov, the writer who profiled Kunis for the magazine, found her in jeans and a sweatshirt, however, when he met up with her in Detroit, where she was filming “Oz: The Great and Powerful,” Sam Raimi’s massive prequel to “The Wizard of Oz.” The young woman, whom he describes as “sardonic, brassy, effortlessly real, the girl you can’t get out of your head,” plays a witch in the movie.

Kunis revealed to Idov a side of her that she has not shown before in public — that of her inner Jewish mother. The 28-year-old is not yet an actual mother, having had no children together with her former long-time partner, Macaulay Culkin.

Apparently, Idov was sick with a cough and laryngitis at the time of the interview. Kunis made him feel at home by telling him it was okay for him to cough all over her, if necessary (though the Shmooze knows for a fact that most Jewish moms remind people to cough into their elbows). She also made him a somewhat scary-sounding home remedy in her kitchen (it contained wine, green-tea powder, fish oil, apple-cider vinegar, and Ayurvedic chai all boiled together and mixed with half a bottle of vodka). Maybe it’s a special elixir that makes guys fall even harder for her.