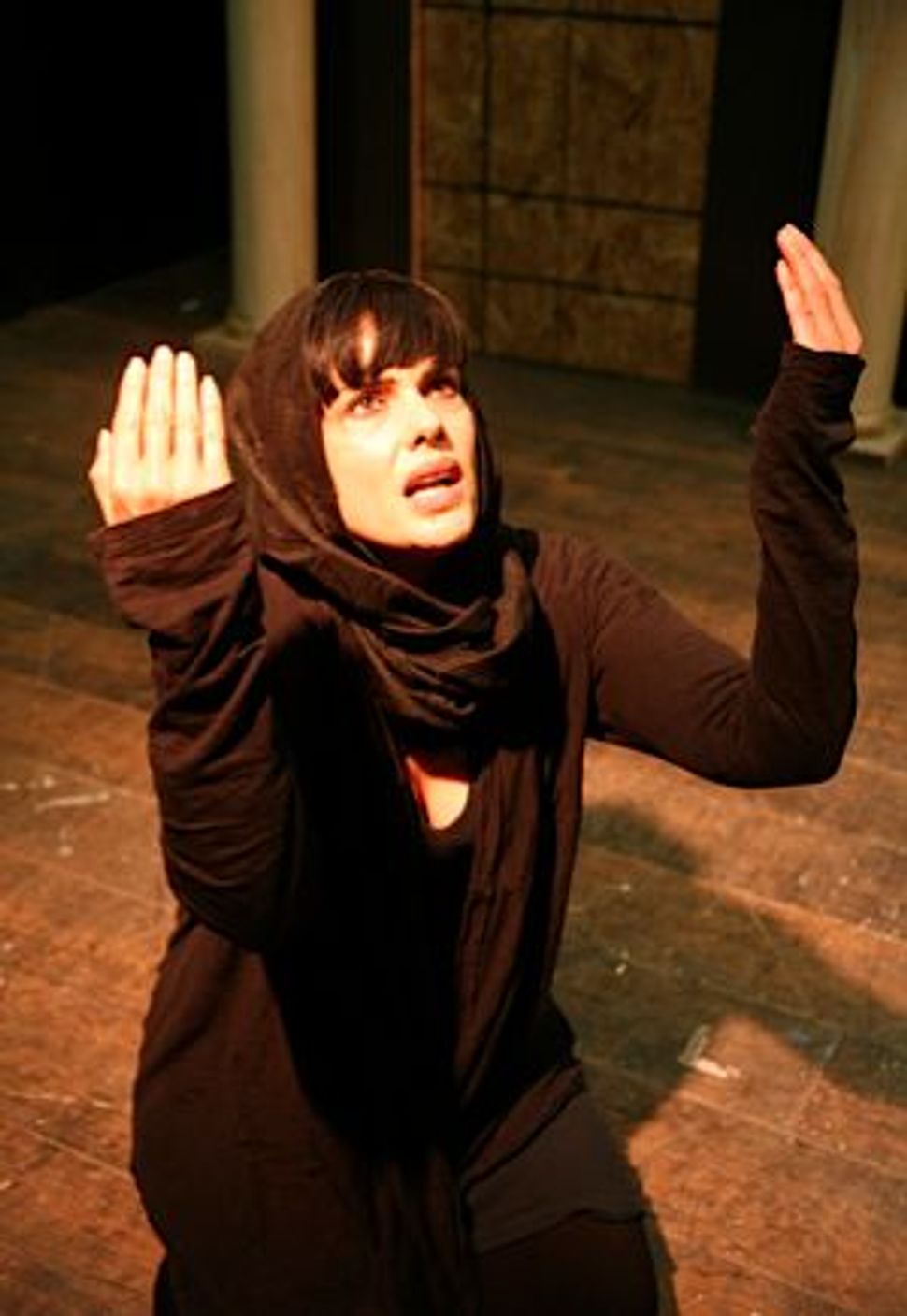 Szold resolves to help her downtrodden people. Upon returning to New York she meets with other women and they found Hadassah, an organization that provides social services in Palestine for Jews as well as Arabs. Horrified after visiting “Hitler’s Berlin,” the aging activist helps organize Youth Aliyah, rescuing 30,000 Jewish children from the Nazis’ clutches. Although Szold died childless, Act One could very well be entitled “Mother of My People.”

Salome Jens, an accomplished actress with stage and screen credits galore, brings Szold alive in the one woman show, deftly directed by L. Flint Esquerra. This is not the first time the biblically-named actress portrayed a Jewish woman in Israel: In “The White Crow,” Jens played Eichmann’s prison interrogator. Crow’s playwright, Donald Freed, calls Jens, “the great actress of our times.” “Daughter’s” theatrical problem lies with Liss, Jewish World Watch’s playwright-in-residence, who wrote a role wherein the character remains seated. Yet, despite the listless mise-en-scène, Szold’s story is so spellbinding and expressively told it remains compelling.

Szold advocated a bi-national state of Jews and Arabs in Palestine, and died in 1945 before Israel’s establishment. Picking up where act one ends, act two, “Jihad,” is about two contemporary mothers, a Jew and Palestinian, from different sides of the occupied territories’ proverbial tracks. This West Bank story opens with Shula (Lisa Richards), a Jewish-American settler, and Islamic Reim (Abbe Rowlins), both praying on opposing sides of a stage divided by, perhaps, olive trees. They’re modestly dressed; Reim wears black robes and headscarf.

Although both mothers live in Efrat on what they believe is sacred soil, they and their daughters, who are both becoming 16, experience opposite realities. The Jewish Shoshanna’s life is full of opportunities, though bounded by the Holy Land’s unpredictable violence. But But the Muslim Wafa “only knew the world of soldiers and guns… of occupation.” Exasperated by endless checkpoints and humiliations, as she’s about to turn a not-so-sweet-16, Reim’s daughter resolves to become a martyr for the Palestinian cause. Strapping on a belt of explosives, Wafa encounters her Jewish counterpart as a suicide bomber in this far more dramatic second act by Liss, who reportedly experienced Yasser Arafat, the PLO, Hamas and the Intifadas firsthand.

Both mothers are shattered; Shula seeks Reim out in an effort to understand, and perhaps end, the violence. One can argue that “On Holy Ground” is unbalanced, as Shula — who, after all, comes from America — is far more reasonable than the enraged Palestine-born Reim, with her religiously inspired delusions. But Rowlins’s bravura performance is among the most moving depictions of Palestinians ever staged: With spittle and snot dripping from her mouth and nose, Reim has been driven mad by an intolerable situation in which death is preferable to life. “End the occupation!” she shrieks at the troubled Shula. Reim personifies, as Mike Wallace’s 1959 documentary about Malcolm X and the Nation of Islam put it, “the hate that hate produced.”