Getting Into Magic Camp 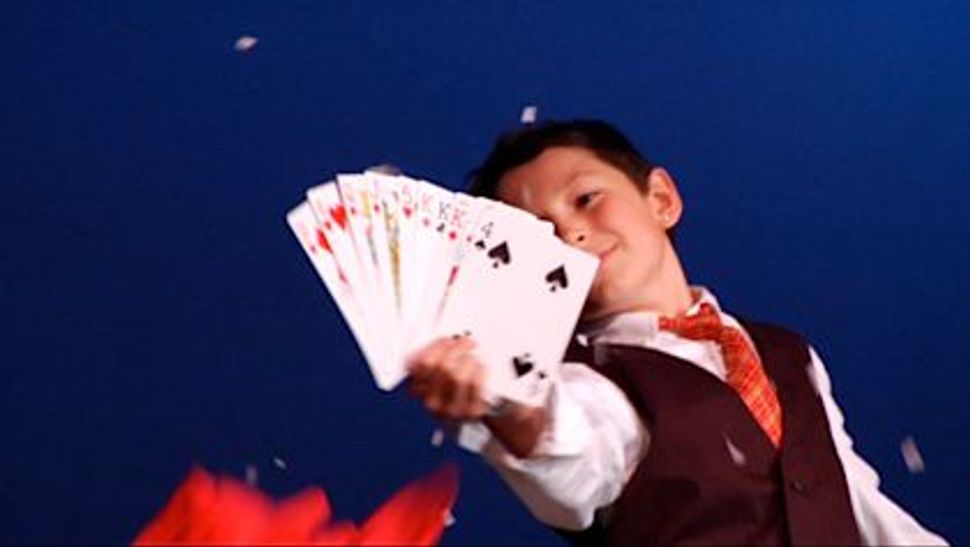 It’s not easy convincing a legendary magic shop to let you to make a documentary film at its annual camp for aspiring young magicians. But Judd Ehrlich, director and producer of “Run for Your Life,” the acclaimed biopic about Fred Lebow and the New York City Marathon, knew what the trick was to getting cooperation.

“They knew they could trust me,” said Ehrlich, explaining how he is the only one Tannen’s Magic has authorized to film the first and longest-running magic camp in the United States. It wasn’t only the fact that Ehrlich himself had, as a boy, attended the camp and hung out at the store in Midtown Manhattan that tipped the scales in his favor. It was also his vision for his forthcoming film, “Magic Camp.”

“It’s not about the magic and revealing how the tricks are done. It’s really a character-driven documentary,” the 40-year-old Ehrlich explained. “I wanted to make a film about why I thought the camp is so special. It’s a place where kids who are not the captains of the football team fit in. It’s a place where these misfits — big magic geeks — can come together and be accepted and considered cool.”

Ehrlich and his crew filmed intensely over one recent summer at the camp, which has been held on the Hogwarts-esque campus of Bryn Mawr College in Pennsylvania (in Ehrlich’s day it was at La Salle Academy on Long Island). “We had two camera crews going round the clock, and later we went and filmed updates on the five main characters back at their homes,” he said.

The filmmaker’s own home while growing up was a converted lumber warehouse in the Flatiron District, close to Tannen’s and the many novelty shops along Lower Broadway. At the time, it was an unusual place to live. He recalls that he got into magic when his parents were divorcing. “It’s not an uncommon thread,” Ehrlich remarked. “Kids who are attracted to magic are often dealing with growing up and other related issues.”

“My associations with magic were always rooted to Old New York, Jews and the vibe of the neighborhood I grew up in,” he said. Tannen’s, the oldest magic shop in New York, was founded by the Jewish Louis Tannen in 1925. All subsequent owners have been Jewish, as well. “All Jewish magicians have connections to one another, and Tannen’s was a place to hang out with likeminded people.”

The camp, founded in 1974, was a way for the store to “take the experience to a whole different level,” Ehrlich explained. “It’s magic 24/7 for a week for 120 kids aged 10 to 20, and it’s very intense.” The counselors are all professional magicians who volunteer their time. Many were campers themselves and have been coming back for 25 or 35 years in a row.

Many world-famous magicians and performers have come out of the camp. Illusionist David Blaine and actor Adrien Brody attended at the same time as Ehrlich. “He referred to himself as ‘The Amazing Adrien,’” the filmmaker recalled of the young Brody.

“From the beginning, I always thought the world of magic was one of those great subcultures people didn’t know a lot about, even though they are exposed to it,” said Ehrlich. But what enabled him to make “Magic Camp” was that he recognized that the camp is about something larger than magic. “It’s really about adolescence and learning that the only way you will be successful as a performer is by being true to yourself.”

Getting Into Magic Camp