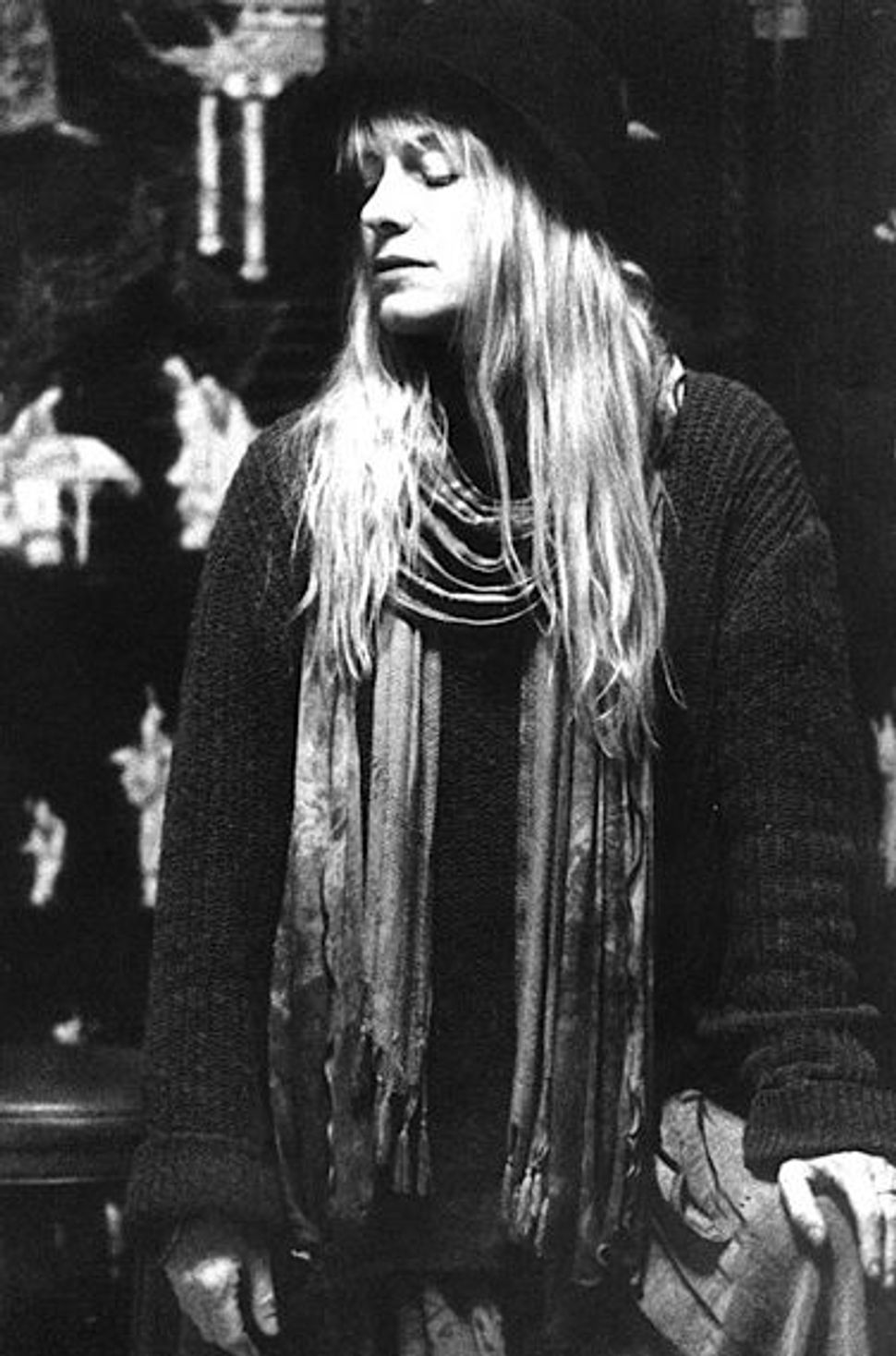 She’s seen and done it all, and it wasn’t always pretty. Robin Lane endured a forsaken childhood during the Hollywood heyday, lived and performed with the giants of 1960s West Coast psychedelia, and slashed and burned through the punk rock era.

Now, Lane is lending her talents to help others overcome the life traumas she knows too well. Her foundation, Songbird Sings, extends musical and psychological healing to survivors of domestic violence, war, incarceration, post-traumatic stress disorder and childhood abuse.

On December 3, Lane will be performing at The Real School of Music in Burlington, Mass., with proceeds going to Songbird Sings. Lane will also appear at the Brooklyn Coffee and Tea House in Providence, R.I., on December 16, and will be part of the January 14 Hot Stove Cool Music concert in Boston, produced by Theo and Paul Epstein’s Foundation To Be Named Later.

In California in the 1960s Lane played with Buffalo Springfield, The Byrds, Arthur Lee and Love and other period icons. In the late ‘70s and ‘80s it was CBGB, Boston’s Rathskellar and other punk dens, along the way to national fame with the Chartbusters, named one of Rolling Stone magazine’s top 10 bands of 1980 (she was also the 11th artist ever played on MTV). In between, it was living with and singing for Neil Young, marriage to Police guitarist Andy Summers, and a hit song, “When Things Go Wrong,” which is currently on the soundtrack to Adam Sandler’s film “Grown Ups.”

But before all that it was the family in Brooklyn, an incohesive unit beset by heartache and negligence. “My father’s grandparents, Lejba and Gittel Lifshitz, immigrated to New York from Tykocin, Poland,” she recalled by phone from her home in western Massachusetts.

Her grandfather, an attorney in Brooklyn, grew up in a big house in Brownsville with 12 siblings. When her father was five, the family name was changed to Lane. Her mother, who was raised in Detroit, was spotted by the Harry Conover modeling agency in New York, but her own parental skills were not as polished. “She never asked me about school or anything in my life, and never said she loved me,” Lane recalled.

Her parents met when her mother, along with other young models, would sing for troops and at the Waldorf. Her father, Ken Lane, was a musical prodigy who eventually moved the family to Los Angeles after landing a position at Paramount Pictures. He found success as a songwriter/arranger for Frank Sinatra and Dean Martin, penning the song they both recorded, “Everybody Loves Somebody Sometime.” But the thrice-married elder Lane was also remote, showing up only for occasional outings with his daughter and son.

Lane had her grandparents, though. She benefited from their stabilizing influence, but was also deeply affected by their losses. She would voraciously read Holocaust literature, and is planning to search for her roots in the newly released records at Yad Vashem.

Lane’s own band, The Chartbusters, signed to Warner Bros. in 1979, opened for The Kinks, The Cars, Split Enz (who became Crowded House), Hall & Oates and XTC, and played their own solo gigs. After they disbanded she penned songs for artists such as Susanna Hoffs, who recorded Lane’s “Wishing On Telstar” on her 1991 release “When You’re A Boy.”

Lane said that when she became pregnant, she was told that once women had babies in the music business, their careers were over. That was nothing new. “In the ‘60s, the men played, and the women listened,” she said.

Several years ago, at a community health center in Turners Falls, Mass., Lane walked into a women’s drop-in writing group. The women, all survivors of trauma or addiction, asked her if she would teach them to write songs. Today, her nonprofit, founded in 2009, promotes nationwide songwriting and recording workshops and programs, taught by licensed educators.

“The goal of Songbird Sings, my nonprofit, is to help survivors of domestic abuse discover their inner voice, share their experiences through songwriting and creative collaboration, and thus begin to heal,” Lane said.

“For many survivors, the experience often results in the development of years of emotional and psychological complications. It is Songbird Sings’ mission to transform those silenced by domestic violence, enabling them to give voice to their experiences and emotions through songwriting and creative collaboration in a safe, enjoyable, and structured environment.”

“Songbird Sings helps participants to learn inner strength and resilience as they come to trust themselves, and others,” Lane added. “Through the healing power of music and the realization of the power contained in their own voice, self-transformation is possible.”