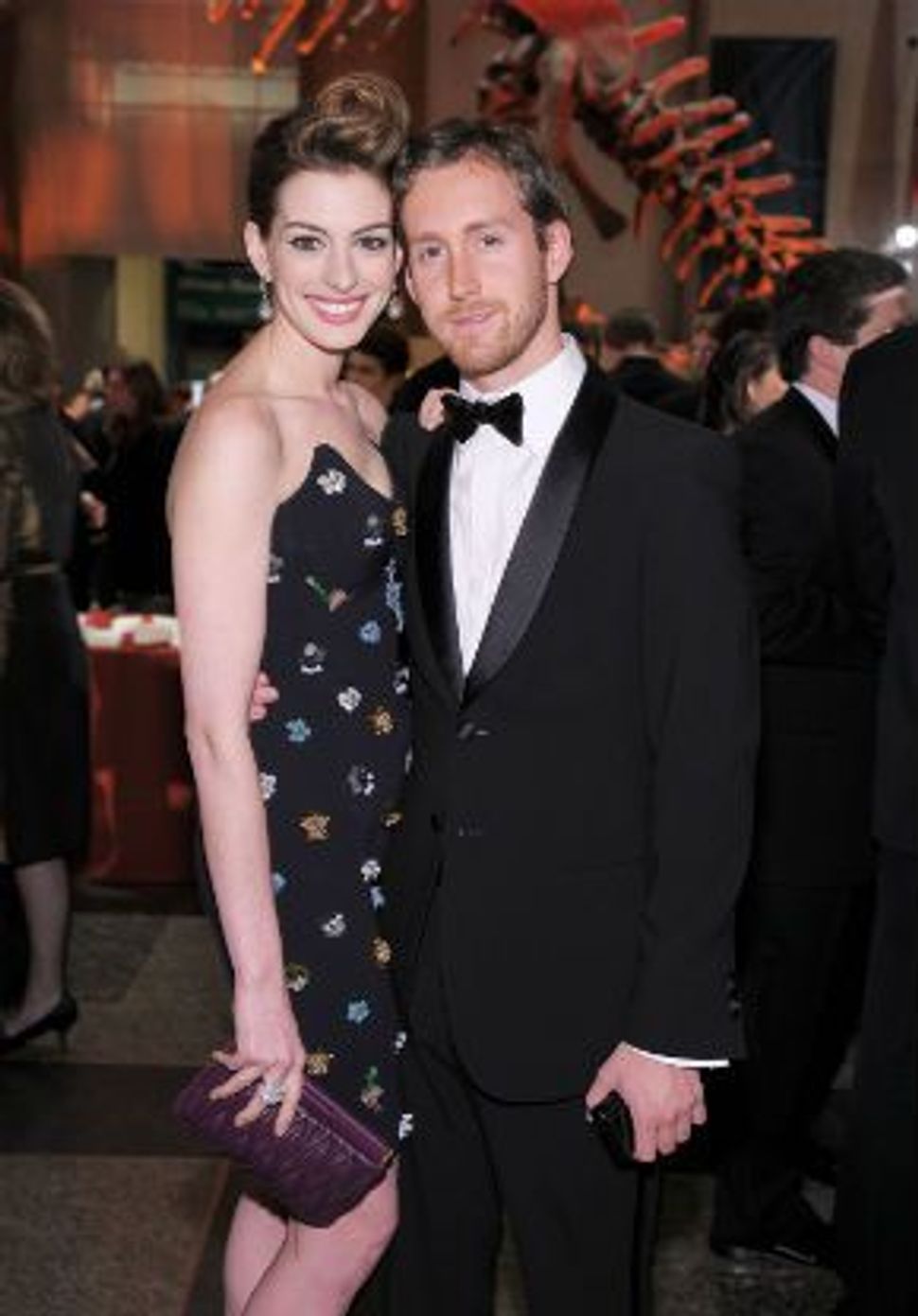 Hathaway and Shulman in 2010 Image by Getty Images

In fact, the actress has announced plans to marry longtime boyfriend Adam Shulman, a decision reported via a representative to People magazine.

Hathaway’s engagement follows a three-year relationship with Shulman, an actor whose credits include a recurring role on “The West Wing.” A nice Jewish boy may have been particularly appealing to Hathaway after her previous relationship, which ended in imprisonment for her con man ex-boyfriend.

There’s no word yet on what kind of ceremony Hathaway and Shulman will organize, or whether either will convert before the wedding.

Regardless, the Shmooze looks forward to seeing Hathaway play against type in next summer’s “The Dark Knight Rises.” Should she be Jewish by then, she’ll certainly look good in her Katz-suit.