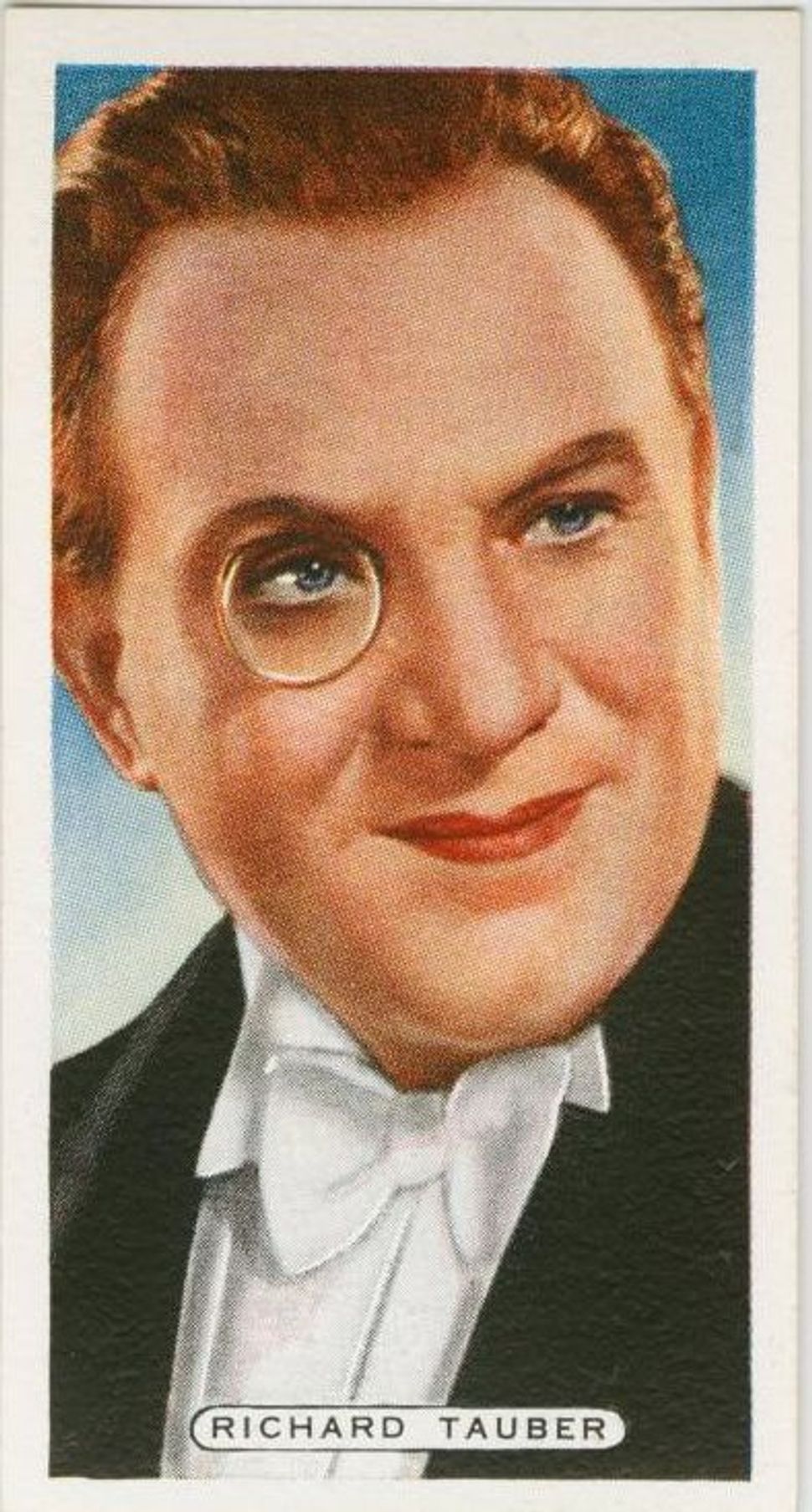 Today Richard Tauber, the Austrian tenor of Jewish ancestry, is a genuine icon, as the title of a splendid 5-CD box set of his recordings from EMI Classics indicates. Yet his life is a cautionary tale of how critics should reflect on the possible impact of their words.

By the 1920s, Tauber had achieved matinee idol status throughout Europe via his recordings of the operettas of Franz Lehár and Oscar Straus. The Austrian Jewish journalist Karl Kraus called Tauber “Der Schmalztenor” and meant by “Schmaltz” the less complimentary parts of what we think of as schmaltz — the slushy sentimentality.

But, as CD reissues from Nimbus Records establish, although he often dignified schmaltzy music with his artistry, Tauber also excelled in grand opera, from Bizet and Mozart to Wagner and Richard Strauss.

Tauber was also a refined interpreter of intimate lieder by Franz Schubert and Hugo Wolf. Tauber’s contemporaries, such as Josef Krips, the Austrian conductor of Jewish ancestry, admired this versatility; Krips stated: “Tauber was certainly a great singer, but a still greater musician.”

Kraus’s inaccurate wisecrack about Tauber’s schmaltziness had an even more unjust posterity, as explained in a new biography published on April 1 by Milena Verlag, “Tomorrow I Must Leave Here: Richard Tauber, The Emigration of a World Star” (Morgen muß ich fort von hier. Richard Tauber: Die Emigration eines Weltstars). Its author, Evelyn Steinthaler, details how by the winter of 1931, Nazi thugs would assault Tauber after concerts, screaming:

Jewish rascal, get out of Germany!” (Judenlümmel, raus aus Deutschland!).

Shortly thereafter, Joseph Goebbel’s Nazi propaganda department would publish attacks on Tauber as “The Jewish Schmalztenor,” thereby reutilizing a Jewish critic’s earlier attack for its own political purposes. The title of Steinthaler’s book refers to a popular German folksong, but also alludes to how the romantically idealizing genre of operetta was substantially a Jewish creation. From the aforementioned Oscar Nathan Straus to Emmerich Kálmán (born Imre Koppstein in Siófok, Hungary) and Leo Fall, many major composing talents were Jewish, obliged to flee after Nazi racial laws went into effect. Even so, the operetta genre was not fully Aryanized, as Johann Strauss, who wrote the immortal “Die Fledermaus,” had a Jewish grandfather, a fact carefully covered up by the same Nazi propaganda machine which re-labeled beloved poems by Heinrich Heine as “by an unidentified German poet.”

Exiled in London, aging and suffering from ill health (he died in 1948), Tauber valiantly sang and recorded in the English language, not as a schmalztenor but one who dignified schmaltzy operettas with his powerfully deft, still-admirable singing.

Listen to Tauber singing (in a duet with himself) a song by Felix Mendelssohn.

And listen to Tauber in a melody by Fritz Kreisler.