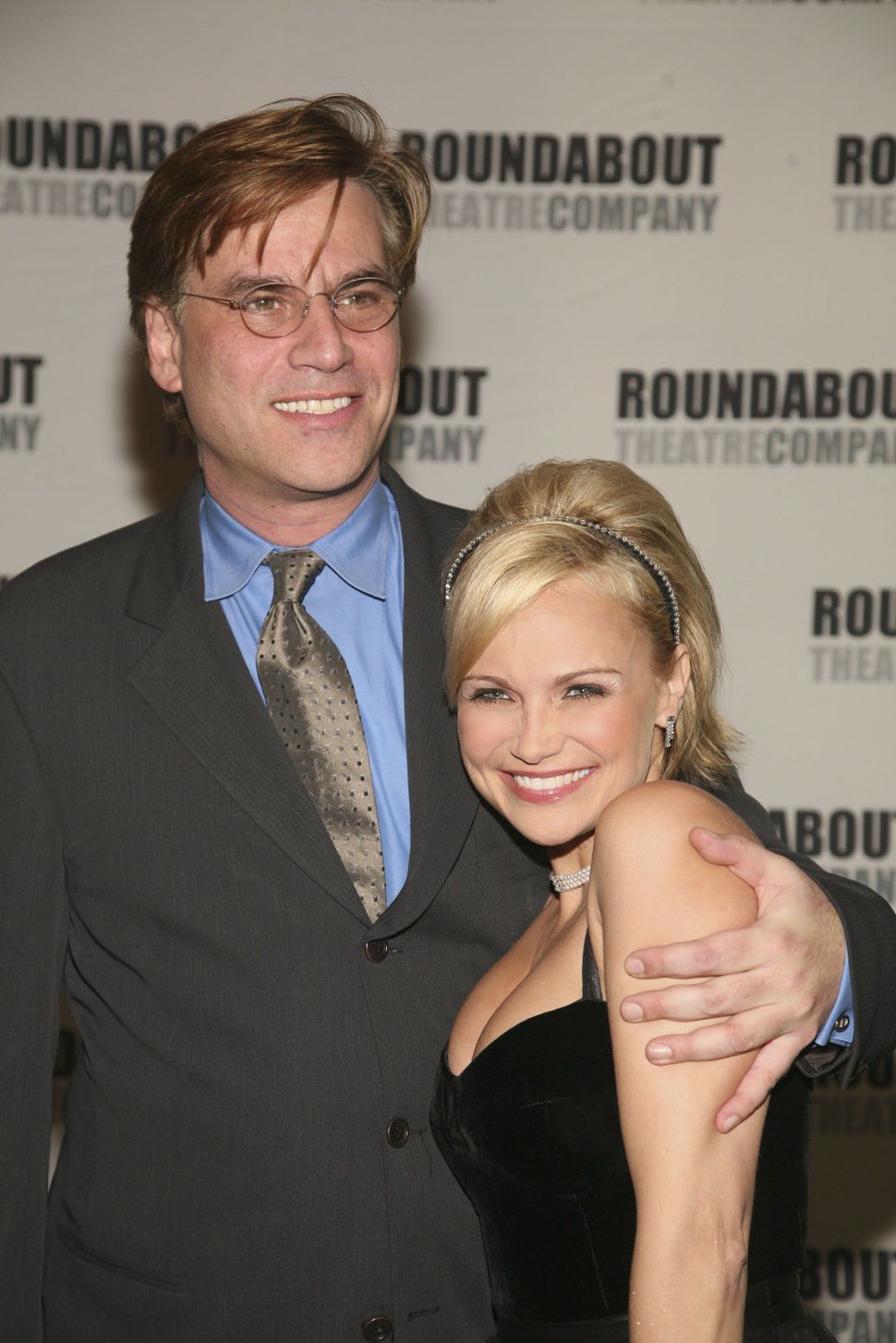 Chenoweth with Sorkin in 2006 Image by Getty Images

Fans of singer and actress Kristin Chenoweth will be able to read in the January issue of Prevention magazine what she says about gay adoption (she’s all for it), botox injections (she’s all for those, too — and gets them every six months) and Jewish men’s apparent affections for her.

The 43-year-old blonde, who has performed on Broadway and television as well as in movies, has had her longest and most serious romantic relationships with Jewish men. For instance, she has dated stage actor Marc Kudisch and was in a long-term relationship with writer/producer Aaron Sorkin.

In fact, Sorkin modeled two characters for his short-lived dramedy TV series “Studio 60 on the Sunset Strip” on Chenoweth and himself, who were dating at the time. It was kind of hard not to notice that, given that the female character named “Harriet Hayes” (played by Sarah Paulson) resembled Chenoweth and was a devout Christian, and the dark-haired male character “Matt Albie” (played by Matthew Perry) was described as an “East Coast Jewish liberal.”

Chenoweth, who was raised in the Southern Baptist tradition and grew up singing gospel, describes herself now as a “non-judgmental liberal Christian” — one who obviously doesn’t mind attention from Jewish men. “It seems that’s all who ask me out! I’ve found that Jewish men are wonderful. And I love the faith and the traditions,” she told Prevention Magazine.