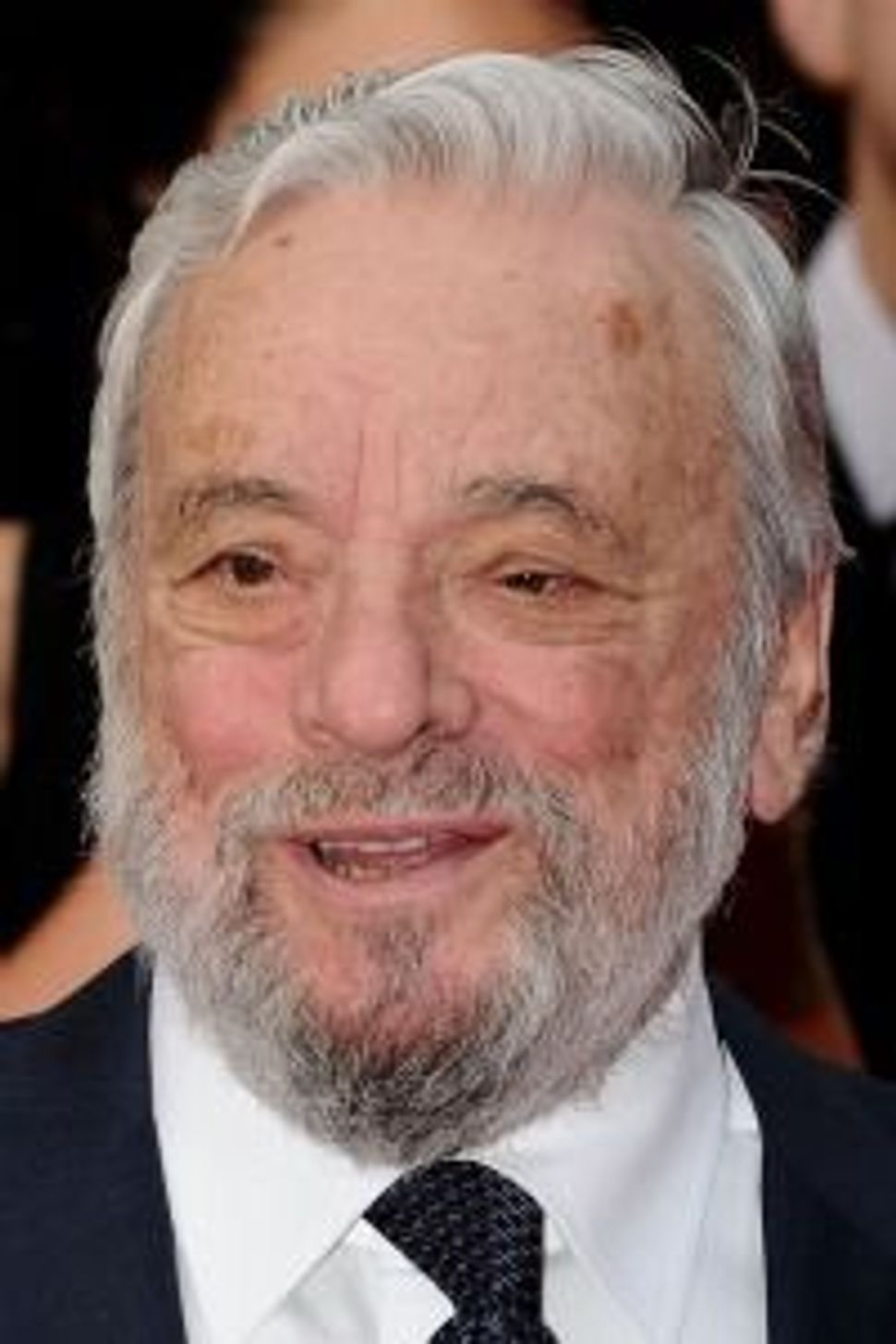 As the audience cheered wildly and applauded the veteran stars for their musical theater revue of songs from such hits as “South Pacific,” “Carousel,” “Follies” and “Gypsy,” Patinkin told the crowd that he had been nervous the whole night.

He said that just before the show began, LuPone had told him that Stephen Sondheim was in the audience. Moments later, the pair opened with the quick clip of Sondheim’s “Another Hundred People” from “Company.” They went on to sing another dozen of his songs, along with classics by Rodgers and Hammerstein and Andrew Lloyd Webber.

As Patinkin spoke, the wave of applause grew louder still. Sondheim, seated on the aisle in the eighth row center, finally rose and acknowledged the adoration with a wave.

Patinkin told the audience that he and LuPone owed much of their careers to the composer and lyricist, and mouthed “I love you, Steve,” before performing an encore. As for Sondheim, 81, he vanished into the night, gone from his seat before the last note was sung.