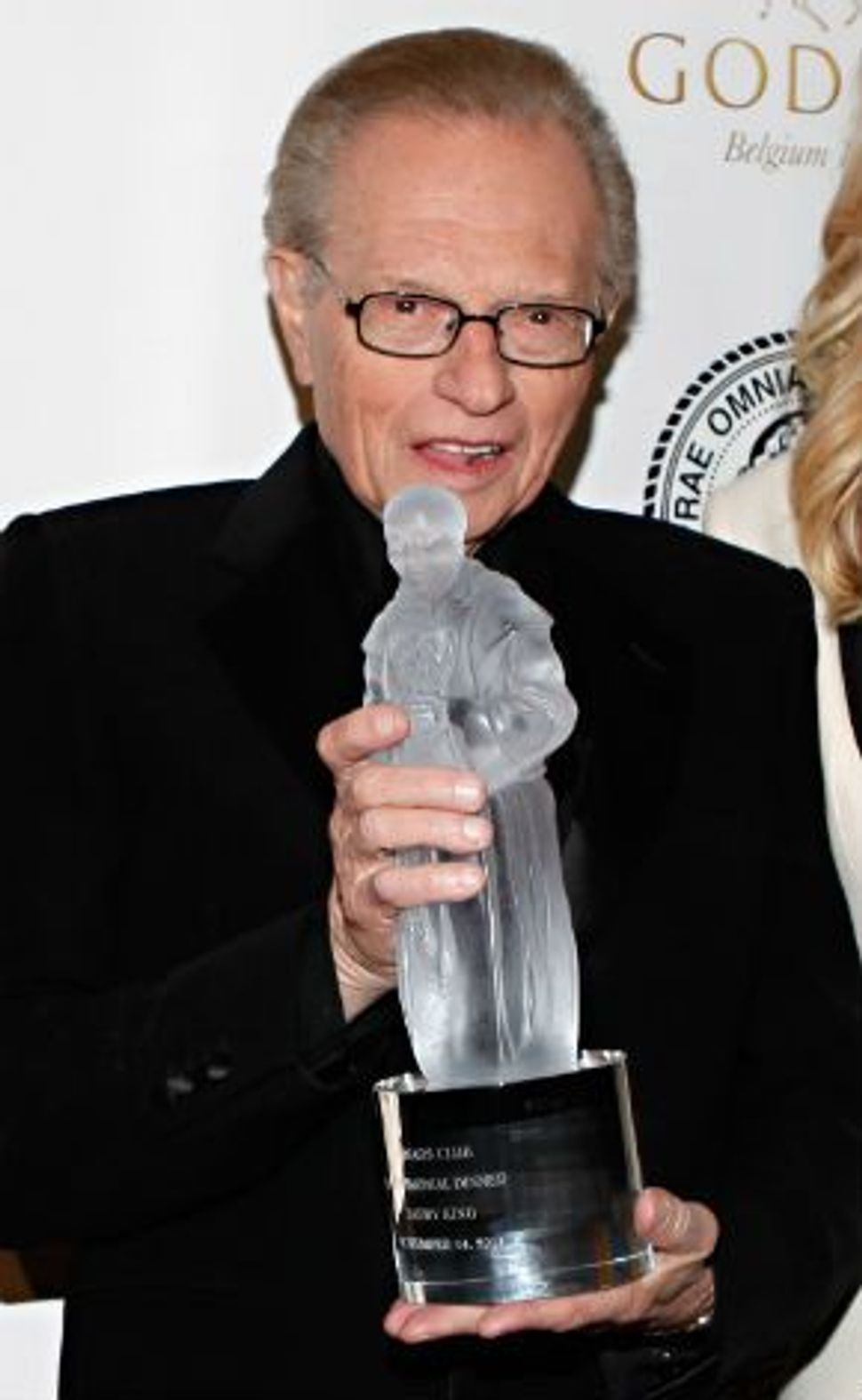 For some of us, it is difficult to discuss, even with those closest to us, our own mortality. But Larry King isn’t afraid to talk about death — and about what he wants to happen to his body after he’s gone.

Sunday night, King and his wife, Shawn, were seen on “CNN Presents: A Larry King Special: Dinner with the Kings” hosting Conan O’Brien, Tyra Banks, Shaquille O’Neal, Seth MacFarlane, Jack Dorsey, Quincy Jones and Russell Brand for a Wofgang Puck-catered dinner and a no-holds-barred conversation on a variety of subjects. On the menu for genial banter were topics like friendship, insecurities, success, and personal worries. Among those personal worries, death inevitably came up.

It turns out that King has a plan when it comes to death. He surprised his guests by telling them that he is a believer in cryogenics and plans to be frozen when he dies. Conan O’Brien was taken aback by this revelation and wanted some further clarification from King. The conversation went like this:

O’Brien: This is big news. You would like to be frozen? This is news to me.

King: It’s the only hedging of a bet.

O’Brien: I just want to make sure that we stick with the headline here, which is that you wish to be frozen.

King: Yeah, you bet your ass.

O’Brien: Here’s the thing…You just revealed that you want to be frozen….

King: Why are you hung up on that?

O’Brien: Listen, two things just happened. You revealed you want your head chopped off and frozen, and Russell Brand went into your wife’s room and stole your underwear.

With that latter revelation, the conversation quickly turned to less morbid and far funnier things.