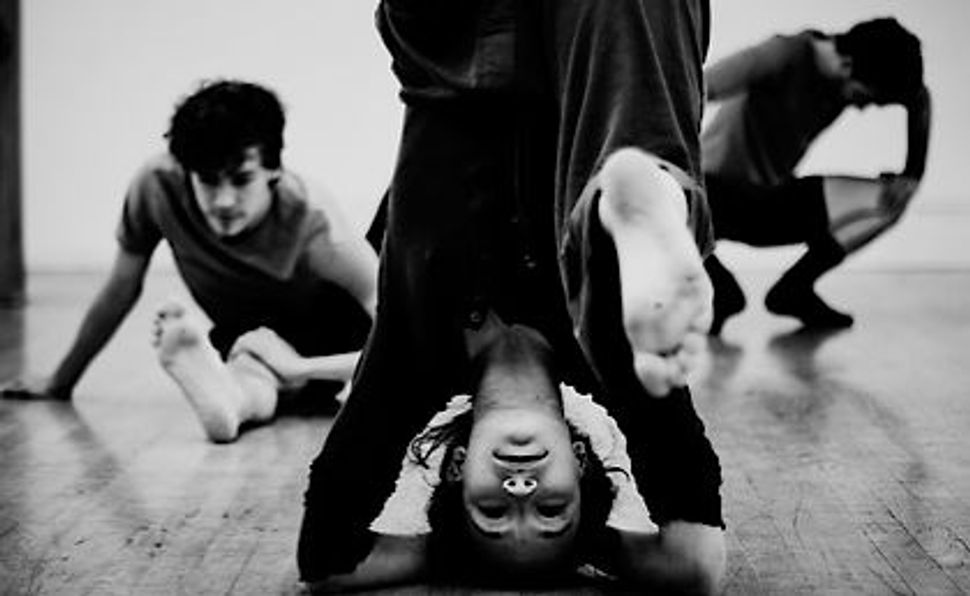 Every morning on her way to dance rehearsal with the Batsheva Dance Ensemble, Andrea Miller would walk along the beach and breath in the cool, saline air. Hatayelet, Tel Aviv’s beach promenade, gave her a perfect view of the surfers.

“Surfers understand the world in this perfect way,” said Miller. “They understand that in the water, as in life, every wave has its momentum and you can’t fight against it. Within the wave, however, you have a choice. You create your own path.”

When Miller returned to New York to start her own dance company she called it Gallim. Hebrew for “waves,” the name refers to the unpredictability of the surf, and the relationship of movement to momentum. “My choreography reflects what is happening now — in my life, in the life of my company members, in the world. We can’t fight against the current, but we can choose how we move within it.”

On December 8, 10, and 11, Gallim Dance will premiere two new works, “MamaCall” and “Seven Circles,” at The JCC in Manhattan, the culmination of a year-long artistic residency. (Full Disclosure: I work as a personal trainer in the fitness center of the JCC.) For the last 12 months the company rehearsed at the JCC and engaged with its diverse community, teaching classes, offering open rehearsals, and working on programs for members with special needs. “Connecting with the community here was amazing,” said Miller. “I spent my childhood in the Jewish community of Salt Lake City and it brought back fond memories.”

“The Jewish culture of Spain blossomed and then was ripped out like a weed,” said Miller. “The piece examines the rootlessness that relates to my own Spanish-Jewish heritage, but it has universal meaning for any immigrant who searches for a sense of home.”

“Seven Circles” explores a different aspect of Jewish culture — the wedding ritual. The image of the bride walking in seven circles around the groom sparked Miller’s curiosity. “Would you love differently if there were no death?” asked Miller during a recent open rehearsal of the work on November 7. “We came at this question and thought about the traditions of relationships.”

Although she draws from a diversity of experience, Miller considers her time dancing in Israel particularly influential.

“Dancing with Ohad Naharin in Batsheva was incredible, but, it was the country itself that made me a more confident artist,” revealed Miller. “In Israel, authority is on a very horizontal level and that creates a refreshing openness in the arts. There isn’t a rigid sense of hierarchy. Anybody can make a dance company and be amazing at it.”

In five short years Gallim has built up an impressive resume, performing at prestigious venues such as Jacob’s Pillow Dance Festival in the Berkshires. As they prepare for an upcoming season at New York’s Joyce Theater in June, the company shows no signs of slowing down.